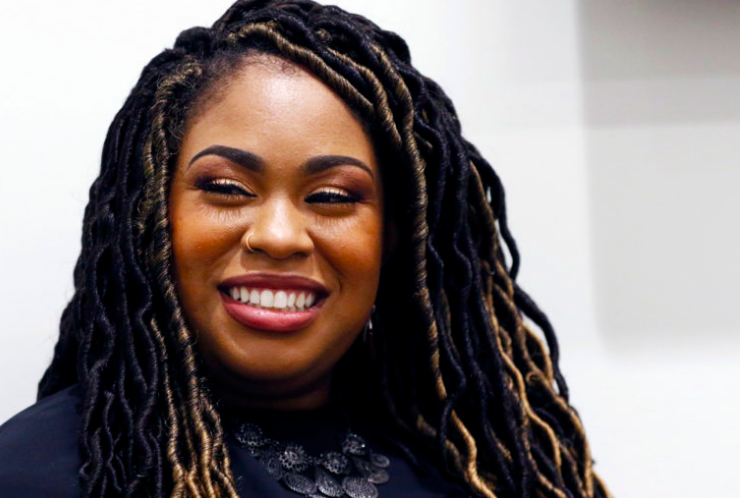 The film that took all of its viewers’ emotions for the ride of their lives on October 19th, 2018 is now available to purchase on Blu-ray and digital. The Hate U Give is the critically acclaimed film staring Amandla Stenberg.

It starts a conversation that needs to be had on both sides of the spectrum, racially and economically. The film outlines a deeply rooted problem within society for all demographics of humanity. Fortunately for us, this film is based on a young adult fiction novel by Angie Thomas. Thomas has not only had personal experience which influenced the plot but has also done her research on the realities faced within the justice system.

In this BGN exclusive interview with first-time author and New York Times bestseller Angie Thomas, Thomas discusses colorism within Hollywood and real-time police brutality. Angie also shares her own personal feelings about the film adaptation of her bestseller and the casting choices made. 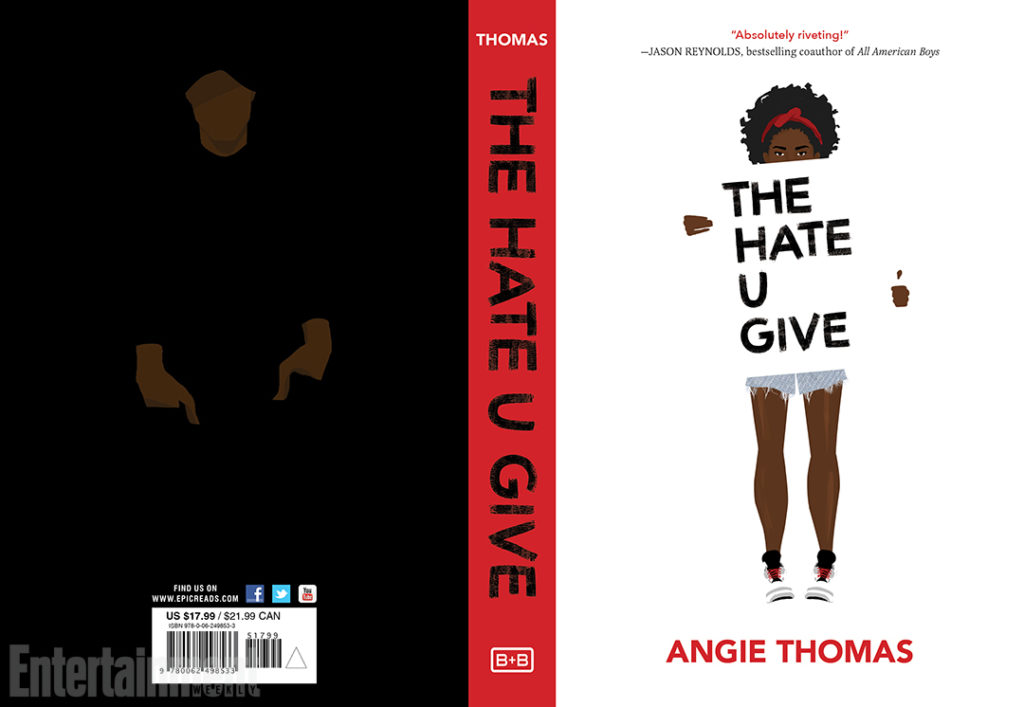 The Hate U Give is your first novel and a New York Times bestseller that is also a movie. How has that been for you? Did you have any input in choosing the stars that played your characters?

A lot of times authors are left out of the process, like completely. I know authors who have offered to help with the film. Well, I know of them, I don’t know them personally, but I’ve heard stories about them offering to help with their film adaptations and the producers were like, ‘no thank you.’ And that was it. For me, George has kept me involved in the process from the beginning. I didn’t make casting decisions, but every time he’d cast someone he would ask my opinion on it. But the thing is, the one that I do feel like I did pick in a weird way, was Amandla. The reason I say that is because when I was writing the book. Drafting it.

She had just released this video called “Don’t Cash Crop My Cornrows” and I remember watching that. I was blown away that somebody at her age had such a grasp on this. From then on that’s exactly who I wanted Starr to be. So in my head, she was Starr, everything that Starr represented that’s who Amandla was, that’s who she is. When we first started talks about the movie, like a year and a half before the book even came out. I was told that someone gave [Amandla] a copy of the book and she really loved it. And she wanted to know if she could be attached to the project. I’m like heck yeah. So it wasn’t that I picked her out but in my mind, I had already thought about it, and it manifested in my head first before it became reality. So I often tell people your thoughts are some of the most powerful things in the world. I have proof of that because that’s exactly what happened with this. So I’m very happy with every single cast member who was chosen.

It’s great that you make a point to mention that you have always felt like Amandla Stenberg was perfect for your character Starr. There has been a lot of controversy around the topic of colorism between your book cover and the film. What are your thoughts on this?

Well, you know colorism is definitely a real thing in Hollywood. Let’s not step around it, it really is. I can see why people would say and think that and assume. I will say that the thing is with book covers and movies they’re considered two very different things. When it came time for a cover, there was a discussion about the movie and then the book. The book cover is totally different than who has been cast. But we thought that the cover was still a beautiful depiction of who Starr could be. Amandla was never cast because she was light skinned. She was cast because she’s who Starr is. So much of who she is embodies Starr in such a way that it was the perfect match in that sense. So I hear the conversation, and I get it. I hope that Hollywood does pay attention and takes care, and grows to darker skinned girls as well. Although Amandla wasn’t cast because she is light skinned, Amandla was cast because she is Starr. She was cast like I said, about a year before we even had a cover. It was just miscommunication or my end. In a lot of ways, the book and the movie are considered like fraternal twins. They’re not going to be identical. So it was never a matter of her being cast because she’s light skinned. So I hope people understand that. I also hope that people continue to speak up and speak out about colorism in Hollywood so that we can have girls of all shades in major roles in film and television.

What has your experience been like with young women who have approached you and expressed their personal experience with The Hate U Give?

That’s the best part, because the thing is with Black girls, so often we feel left out. We don’t find ourselves a lot in a lot of different things. We don’t see ourselves in a lot of books, especially young adult books. We don’t see ourselves a whole lot in film and all of this. So for them to see themselves in my work — that is the ultimate goal. Just the other day, I was in Illinois at a university and this girl told me, she says, “I’m a huge reader. I’ve read since I could talk basically. I’ve read everything from the classics to The Great Gatsby.” She says just everything, she’s read everything under the sun almost, basically. And “The Hate U Give” is the first book where she saw herself. So that’s the ultimate goal when girls tell me this it’s the best feeling in the world. I’m always going to show them their beautiful selves. I want to empower them to do even bigger things than I could ever imagine. So that’s that’s my job, empowering Black girls and making sure they know just how magical they are.

What were your biggest challenges in writing this book?

The emotional part. Yeah, that was the hardest part. Starr essentially suffers from PTSD. Being in that mindset of someone who is suffering from PTSD was hard. Also the research for the book. I did a lot of legal research. I read all the court transcripts from the Michael Brown case. I read Trayvon Martin’s autopsy report. None of these were things that I would need per se, but I wanted to be aware of them. So for myself as a writer, I needed to be aware so that I can understand the magnitude of what I was dealing with. But also then I think one of the hardest moments for me was when I talked to an actual district attorney and I presented the case to them as if it were a real occurrence. I asked them, “I need to know would the cops be charged?” They told me no. That was hard. Even as a fiction writer, I could have done what I wanted to do, but I wanted it to be realistic. To find out that the realistic ending would have been that he would have gotten away with it. That was heartbreaking. So, that was also one of the hardest parts in writing the book, was coming to grips with the reality of it and the heaviness of it.

With this type of energy, Angie Thomas has a long successful career in writing awaiting her. Be on the lookout for her highly anticipated novel “On The Come Up”.  The Hate U Give is now available on Blu-ray and digital.