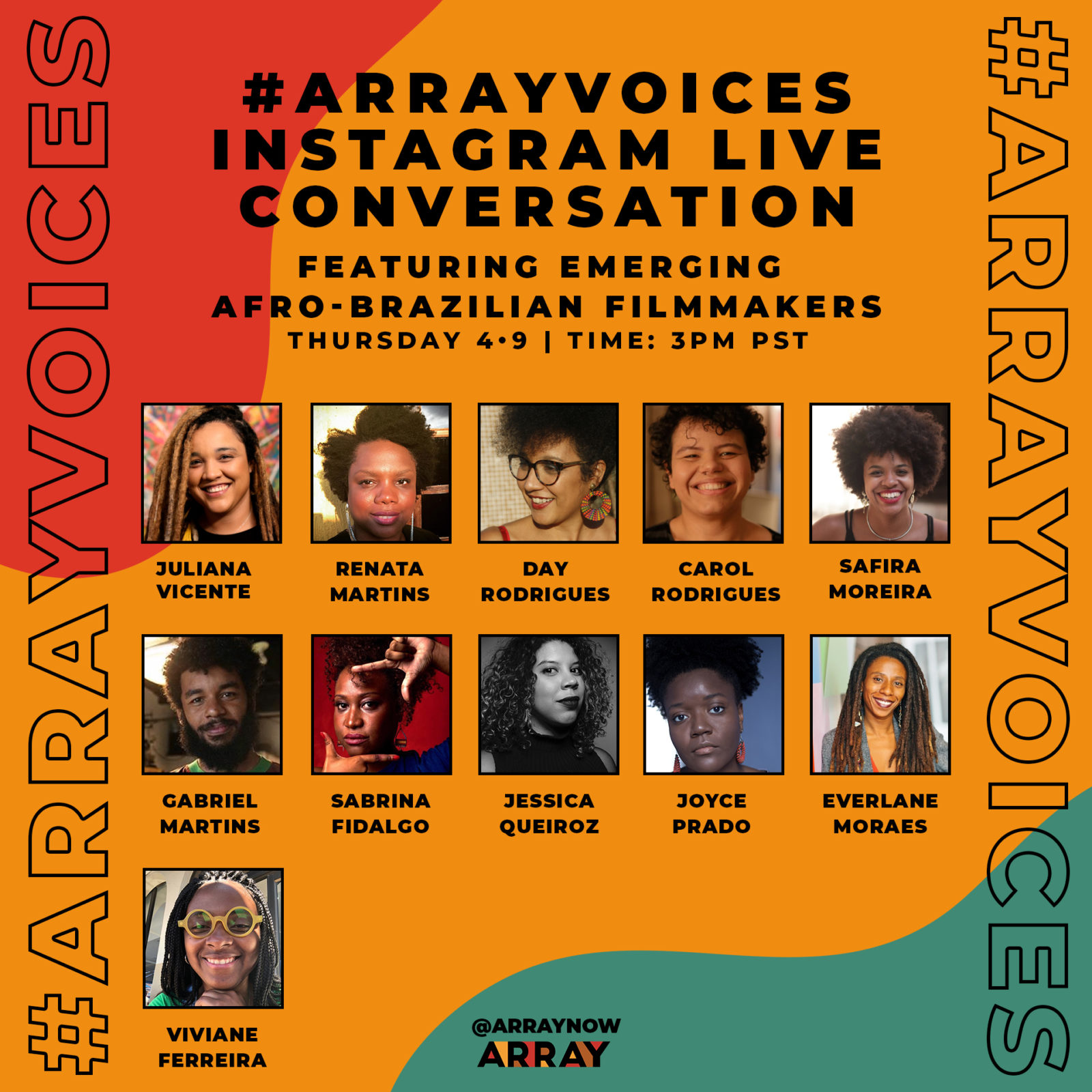 This dynamic group of filmmakers will discuss their creative journeys, current projects and experiences working in Brazil. 10 of the 11 participating filmmakers are women.

The catalyst for the conversation is the underrepresentation of creative voices – directors, writers, performers, crafts people – across Brazil’s television and film industries, which is an experience shared among creators of color around the globe.

The #ARRAYVOICES filmmakers’ IG handles are below:

As part of its core mission to amplify and support independent films and narrative works by people of color and women of all kinds globally, Ava DuVernay’s multi-platform media company and arts collective ARRAY is showcasing the voices of Afro-Brazilian filmmakers and their dynamic storytelling emerging from Brazil’s creative hotspots across the country. The creative journeys of these talented women and men from this culturally rich country will be discussed during an #ARRAYVoices Instagram Live conversation on Thursday, April 9, 3pm PST. The catalyst for the conversation is the underrepresentation of creative voices – directors, writers, performers, crafts people – across Brazil’s television and film industries, which is an experience shared among creators of color around the globe.

The issues were brought to the forefront recently around the announcement of a TV series in development about slain Afro-Brazilian politician and inclusion activist Marielle Franco, who was killed in a drive-by shooting in March 2018 and whose case remains unsolved. Afro-Brazilian filmmakers were outraged that no people of color were hired as part of the core creative team, in sharp contrast to Franco’s vision and work focused on the inclusion of black women and people of color across all industries. DuVernay and filmmaker Spike Lee were specifically referenced when series creator Antonia Pellegrino defended the choice of Jose Padilha (creator of Netflix’s “Narcos”) as director, commenting on March 8 that Brazil did not have “a Spike Lee, an Ava DuVernay.”

With a global Instagram audience tuning in, the filmmakers will share information on their backgrounds, projects and experiences working within Brazil’s TV and film industry.