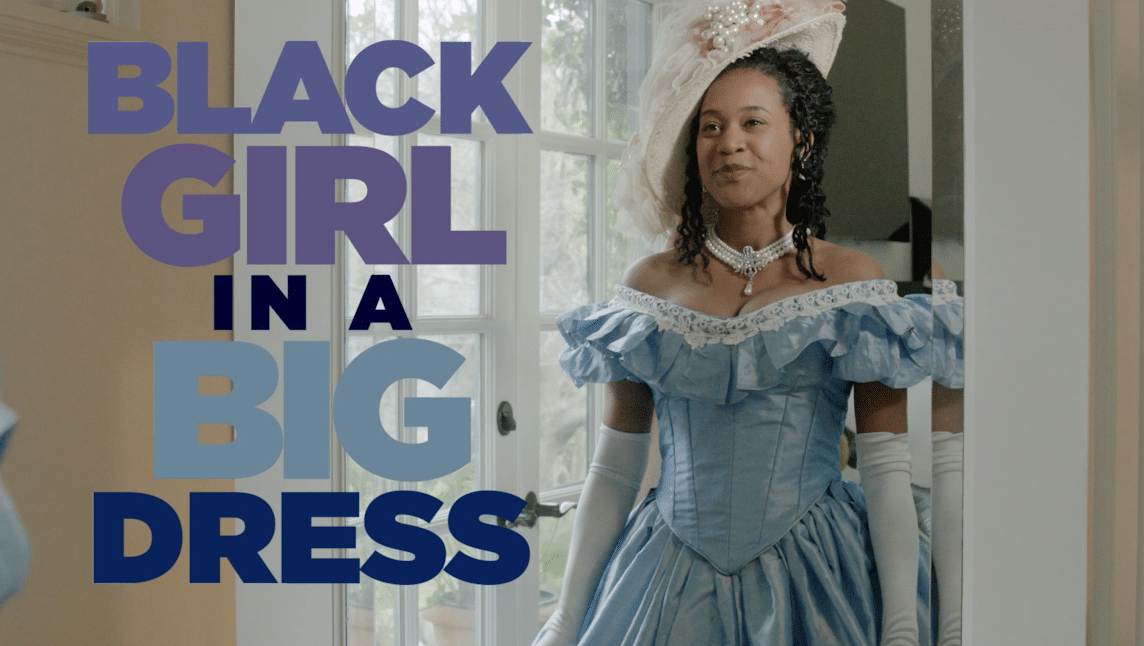 Aydrea Walden wears a lot of hats. We’re not just talking about the bold Victorian bonnets she dons on her web series Black Girl in a Big Dress.

Walden is a journalist, writer, producer, and actress who has worked behind the scenes of popular flicks such as How To Train Your Dragon: Hidden World and Trolls. In her free time, she is busy spearheading a hilarious web series about Lady Kate, a Black millennial with the soul of a 19th-century Victorian. Black Girl in a Big Dress, which can be found on YouTube, explores themes of race, identity and the stereotypes we ascribe to others based on those factors.

Walden has recently finished filming season two and she’s spilling the tea on what’s next for Kate while sharing a bit of her personal story.

What inspired you to create Black Girl in a Big Dress and what went into bringing that vision to life?

Working in TV and film production, I have been a part of the facilitation of other people’s visions coming to life. I do love that work. There has been a big diversity push in Hollywood and one of the challenges I had, when I would go to meetings, was that they would immediately start saying things like “we are doing a hip-hop version of this, an urban version of that.” Those stories are wonderful and I’m excited they are being told, but that’s just not my experience. I can’t speak to that as a writer and the meetings would get awkward for everybody.  They would ask me “who do you think should do the music” and I’m like, “unless it’s show tunes, I can’t help you.” I wanted to make something that was clearly me. The writing part was super easy because my first career was in journalism, but filmmaking was a steep learning curve. In my day job, I’m a small cog in a big wheel. Taking the reigns and producing Black Girl in a Big Dress was a learning process.

Your web series uses humor to explore stereotypes and identity. Do you hope to challenge some of the viewers’ stereotypes as well?

One thing that is really interesting regarding my experience in life as a Black woman is that I do so much that codes “white.” I’m really into reenactment and renaissance fairs, but I’m still a Black woman living in this time in America. I’ve had police pull up beside me and look me over in front of my own house. My boyfriend is white, and I have watched people giving him preferential treatment before they realize I am with him. I hope to challenge stereotypes and to remind people that all of our identities are super complex and it’s okay to like or dabble in things that may not seem like something you “should” like. Explore as many things as possible. In doing that, all of us gain a greater understanding of everybody.

A lot of your work deals with identity. Were race and identity something you struggled with personally?

For sure. Our town was one-third Black, one-third white and one-third Hispanic — but I lived in a neighborhood where we were the only Black family. I went to a magnet school where for a while I was the only Black student. When there was one other Black student immediately everyone started trying to ship us, they were like “are you two going out?” and I’m thinking, first of all, we are in the fourth grade. I had questions about race. The other thing is, my parents took me to a Black church growing up. I didn’t understand why but I knew I didn’t fit in.

Now I understand the issues that came up were bigger issues of socioeconomic things. I just knew I didn’t totally fit in the white world of my school or the Black world of my church. My parents took me to a renaissance fair when I was ten and I was like “I have found my people.” It was always an interesting relationship to my race, what I was supposed to like versus the stuff I just happened to like. I have moments where I had friends say things to me that are super offensive. I know they don’t mean it that way. On the one hand, it’s nice because I’ve been able to lead to some really amazing conversations, on the other hand, it’s very stressful because I just want to live. 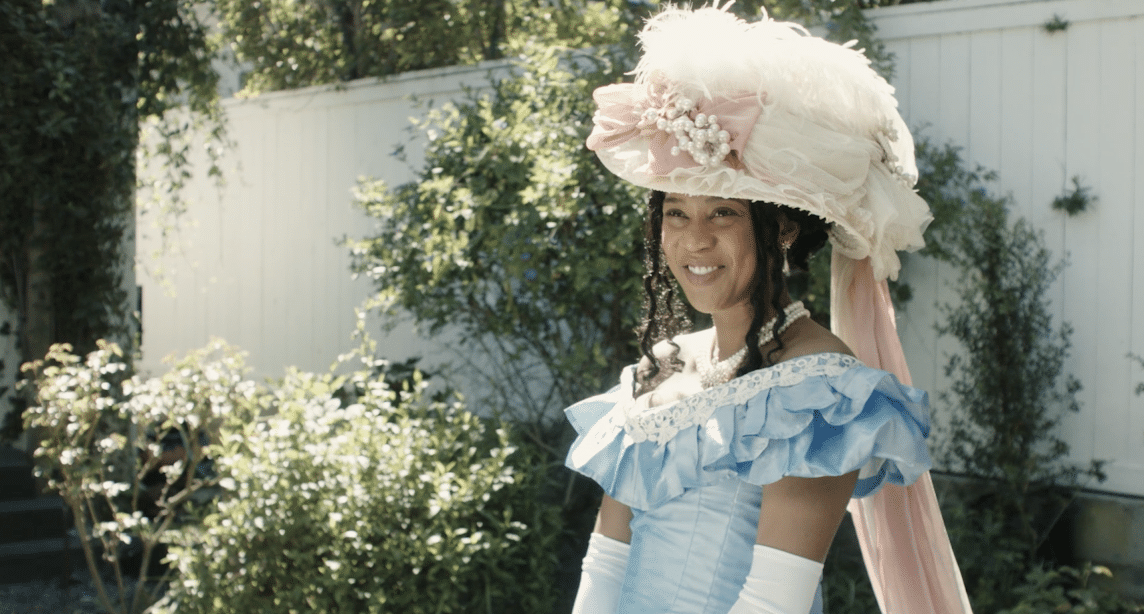 Diving back into the show, during season one I was always thinking “this show is amazing, but the episodes end too soon.” I know on YouTube comments people were echoing that sentiment. As you are working on season two, what are your plans as for the length of the season?

I can reveal this for the first time: we have rough cuts of all season two episodes and this season is coming in twice as long as season one. Season one, you can watch it in a half-hour. Season two is clocking in at an hour. It’s longer, which is a production challenge because we did not double the length of shoot days, we just got more done.

When do you hope to release season two on Youtube?

I know it will happen sometime this summer, but I can’t get more specific than that.

Do you think, by telling diverse stories, people of color will be seen as less of a monolith?

The more we can talk about the nuances of what we are it’s better for everyone. It’s a fun surprise when someone sees a story and think “I bet the person who made that is exactly like me” and it turns out not to be the case.  I, just like a lot of people, was shaken up after the election. The way that politics is talked about is challenging, but because of (Black Girl in a Big Dress) I’ve been able to have conversations where I, a liberal, feminist filmmaker, is having conversations with someone my age who is a mom who homeschools her kids in Kansas. Jane Austen is very popular among some conservatives, and so people I would not normally run into in the liberal bubble that I live in are fans of the show.

Here we are, bonding over Jane Austen. Maybe I’m being a bit of a Pollyanna, but I think if we have this weird thing in common maybe we are not as far apart as I thought, and if not maybe we can have the same concerns, and if we have the same concerns maybe we can work together and come up with solutions. It’s been amazing to be able to bond over something that’s a less hot button and work into some interesting friendships and relationships as well.

Here’s a sneak peek of Black Girl In a Big Dress season two, which premieres the summer of 2019.

The interview has been cut for length.

Keshia McEntire is a freelance writer from Indianapolis, IN. She blogs at heartbeatindy.com. Find her online at keshiamcentire.wordpress.com or on twitter @KeshiaIsWrite.