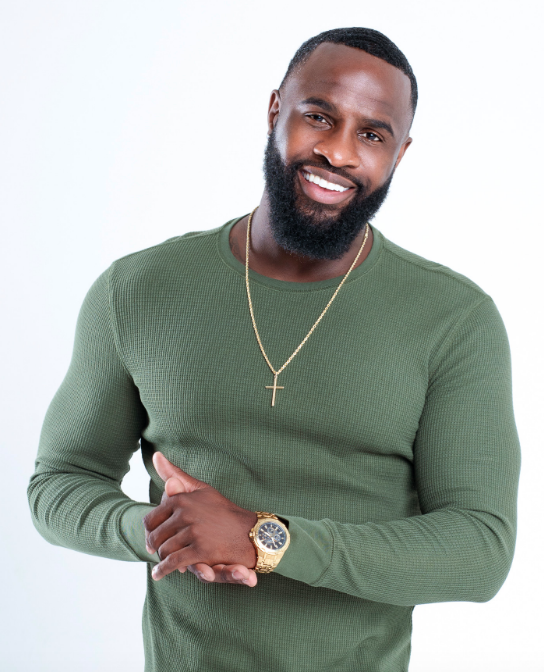 CBS’s new comedy, B Positive hit the ground running in 2020 and will continue to serve up some heartful laughs in 2021. Created by Marco Pennette, the show premiered on November 5, 2020 and reflects a powerful yet playful story and cast of characters.

Starring along with them is the multi-talented Kether Donohue as Gabby, Gina’s best friend with many jobs who loves to party, Sara Rue as Julia, Drew’s ex-wife, and Izzy G. as Maddie, Drew and Julia’s daughter.

Terrell is an Emmy Award-winning actor best known for his roles on Modern Family, Giants, and Criminal Minds.

He is also the author of the critically acclaimed books Blacky and The SHES.

BGN was able to speak with Terrell about his role as Eli, his favorite show moments and the greater meaning behind the show’s focus on kidney transplants and healthcare. Terrell shed a bright light of the importance of B Positive’s message and how Eli brings something truly special to the cast.

“He’s the part of you that you don’t like to show, like the part that brags and looks in the mirror like, ‘Yeah, I look good, this outfit is gonna kill ’em.’ So, Eli, with his confidence and his arrogance — I can do it on camera and not be judged for it. He’s a Superbowl superstar — he’s that part of you that you just don’t like to show, but everyone has an ego-type thing.”

“I think that we have some similarities because he’s very caring and his personality will come out even more to show the care inside of him.

“He’ll be a little bit more mindful as the season goes on. So, I feel like Eli is a part of me in terms of his vulnerability and how he’s very caring, but also the part of me right before you run a race and you have to psych yourself up, like, let’s go, let’s go, let’s go! He’s my alter ego in real life.

Terrell on What Makes Eli a Good Friend to Drew

“He’s a good friend to Drew because, in his past, I feel like Eli has had to climb his way up through a lot of different things in his life, so Drew reminds Eli of his younger self. So, he’s like the little brother that he never had. Eli is looking out for Drew, and like I said, as the season progresses, episodes 8–9, you really see Eli taking Drew by the hand and trying to lead him a bit more. He really is the big brother that Drew never had.”

“So, even now, a lot of them, even though they’re retired, have to get steroid shots in their sides and different things for injuries.

“Eli can’t go back to playing football because of health reasons and with dialysis. There are a lot of things I’m learning on this show, even when you get a kidney transplant, the kidney literally has a warranty to it.

“It can last maybe the rest of your life or 5 to 6 years, or less, depending on your lifestyle. So, for Eli to actually live and continue to be healthy when he gets the kidney transplant or whatever goes on, he’s going to have to take extra, extra care because putting the helmet on is not going to do the same thing for him.”

“Hopefully we inform a lot of audience members so that we can actually get more information on kidney donations or just organ donations. You know, just by checking that little box on your driver’s license, some people are scared that if they check it [and get into an accident,] no one will try to save them because they’re an organ donor.

“In the South, that’s the joke. People will be like, ‘Don’t check the box — if you do, they won’t save you.’ So, I feel like this show is going to open up so many doors to look more into educating yourselves and anyone around you about organ donation.”

“The favorite episode right now? So many good things coming up, I’m trying not to give away too much.

“My favorite episode now would have to be Episode 8. I believe this is the one when we actually get out of dialysis and we get to go into Drew’s world and to his house, so there are going to be a lot of vulnerable moments and we’re going to get even closer in Episode 8.”

“Once again, the show is entertaining, but at the same time, it’s going to educate you and anybody around you to just look into helping and reaching out and being understanding of all that is happening today and really just trying to look out for one another.

“If you can help somebody in a little way, even if it’s just checking on them, especially during these times, or educate yourself, and see if you’re a match with someone for a kidney donation.”

Season 1, Episodes 1-6 of B Positive can be streamed on CBS All Access for free. More episodes will be released later on in 2021.

In the meantime, it’s a good time to catch Terrell as Eli and begin learning more about the importance of kidney donation while having some entertaining laughs with this playful cast of characters.