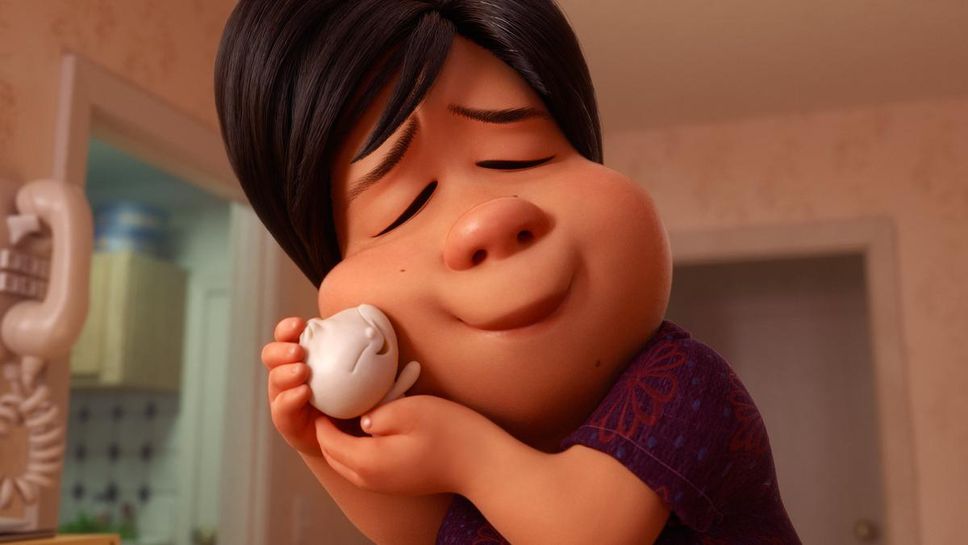 My daughter Kara turned 18 on June 15, less than a week after her high school graduation. She will be leaving the nest at the end of the summer for a school that is a day trip away from home. Her birthday wish–to see Incredibles 2 (catch the BGN review here ) with me as a mother-daughter date, something we do every year for her birthday. This year, I did not expect to be a sobbing mess in my seat before the movie began. That was because of Bao.

It’s the Pixar short chosen to warm up the audience for the main event, the Supers everyone came to see. Pixar has been using opening short films like this since A Bug’s Life and the short film Geri’s Game. I believe all of the Pixar films except Coco have been accompanied by a short film. The films are not connected to the main feature. In fact, many have an opposite tone from the film it follows. All have an element of humor and many are fine-tuned to derive the perfect “awwww” moment from the parents in the theater, watching alongside their kids. All of them seem to have some unwritten lesson, as they are all short films composed without dialogue.

However, I wasn’t ready for Bao.

Bao is the story of a Chinese woman who makes steamed dumplings for her husband. It’s hard not to be impressed with the soft touch of her hands in the dough and the attention to detail from the Pixar gang. Even the filling for the dumplings looked amazing. The whole act has a feeling of monotony for the couple, but one day, a dumpling becomes a lot more than the main dish. I won’t tell too much more, other than the fact that parents will quickly understand why this short was meant for us.

And, not just the parents with kids in the audience. I think Bao was meant to speak out to moms like me who took our four-year-old Karas to see the first Incredibles movie. I can still see her curly pigtails bouncing all over as she moved into the theater. I remember how excited she was to see Elastigirl. Her tiny arms and legs trying to stretch out of the car seat on the way home afterward. She grew, and I protected her sense of wonder and imagination all the way—shushing the judgmental adults who had plenty to say about her love of unicorns, rainbows, and odd nature factoids. Like the mother in Bao, I protected my dumpling from the ills of our society.

I thought I almost lost her when she got hit by a speeding car when she was 14. The driver was going so fast, they knocked her bike several yards down the block and left my baby lying covered in road rash, in pain, but alive in the street. These days, we can laugh uneasily at the sole reminder of the accident, a bald spot behind her ear from the road rash. I can still remember the way my heart dropped at the sight of her body on the roadside, lifeless at first. Then her hand lifted a few inches from the ground and I heard her call me, Mommy. The scariest moment of my life. I thought I had lost her.

As I sat in that theater and watched the mother onscreen nurture her dumpling until it wanted to run away—I choked up. Then, she made a rash decision—one driven by a need to protect that dumpling at all costs. It was also a decision that she did not recover from for a very long time. Her baby was gone. She had driven him away.  She was alone.

PIXAR, WHY WOULD YOU DO THIS TO ME?

Fourteen years after taking my baby to the first film, of course, we wanted to see the second together. I am sure that you guys at Pixar and director Domee Shi had no way of knowing that we would watch the film on her 18th birthday and less than a week after she graduated high school. You had no way of knowing that I was struggling with trying to come to terms with losing my “Kara-baby”. I know this. But, it still feels a little like you targeted parents like me with Bao. 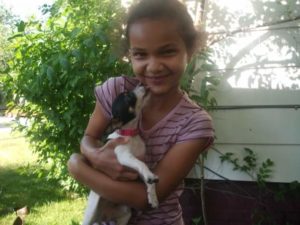 Despite making me a sobbing mess in the seat next to my embarrassed teen, the film did give me some perspective on my new role in her life. The transition is going to be tough, but it’s not like I won’t ever see her again. In fact, she has already marked my calendar with all the openings of Melissa McCarthy movies for the rest of the year. “We are going to see all of them. Save. The. Dates,” she told me. And it’s not like our chats will end either. Our relationship, like that of the mother in Bao with her dumpling will just change. And, that’s okay.

I have to give Shi her due for utilizing that time lapse between films to make a powerful short. The film delivers so much of the sadness, longing, and loss that resonates with the audience full of people who took their kids to see the first film and now those kids are adults or on the cusp of adulthood. Shi also grounds the subject matter deep into Chinese culture while at the same time making the message a universal one.

Parents, Bao will wreck you and leave you a sobbing mess in the theater seat. However, it’s a good cry that you really needed to have anyway. It made our mother-daughter date a perfect one.

In Preparation for Coming Out: A Mother’s Wish for Pride