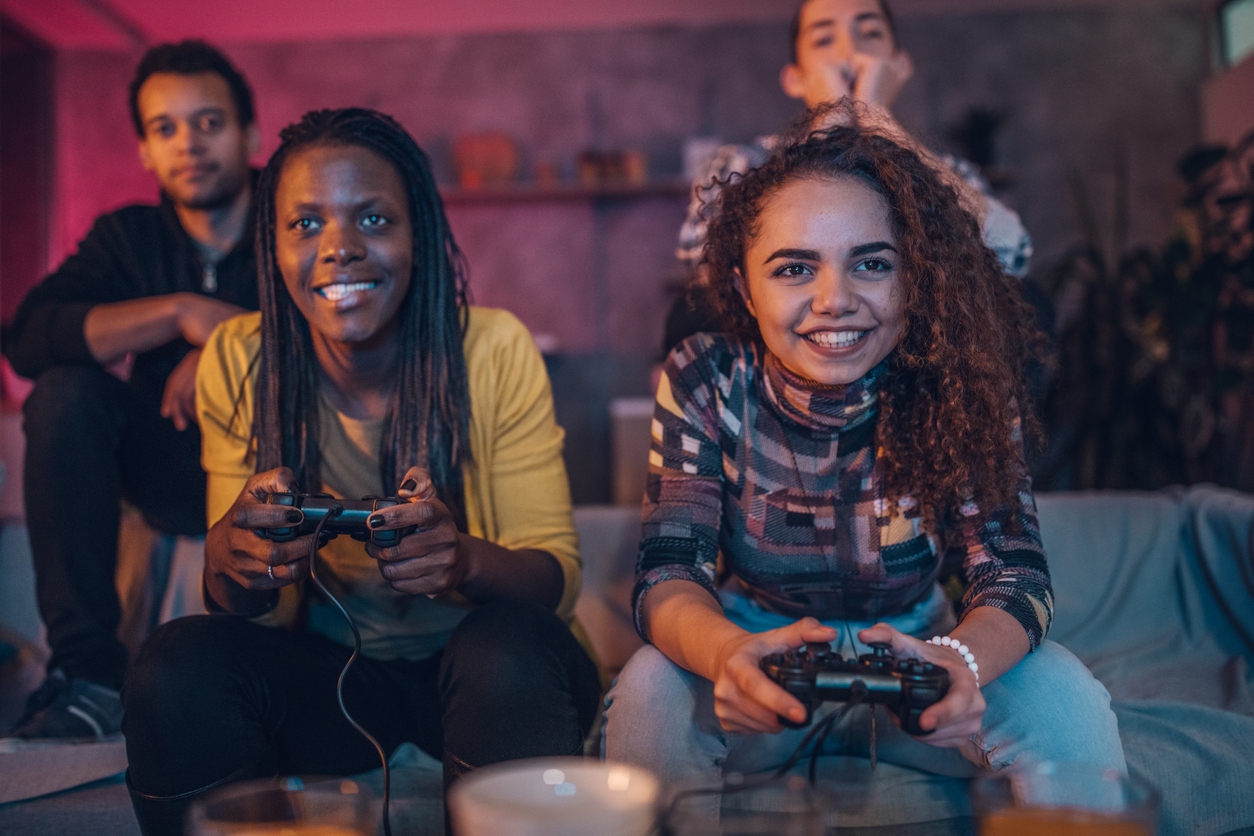 On Black Friday, shoppers hit malls (and Google) in search of stores that will give them the most bang for their buck in hopes of securing exclusive deals and savings that’ll make their Holiday shopping easier to handle. If you’ve got gamers on your Christmas list, we got you, fam! BGN scoured the internet for the best deals on gamer gear so you can get all the sales without any assles. We hope you got your wallets ready.

This year, Best Buy is offering over 700 deals on games and gaming accessories to help give you a headstart on your Holiday shopping. Secure a next-gen console through one of their bundled deals for the PS5 ($599) or the Nintendo Switch, which comes with a digital copy of Mario Kart 8 and a three-month Nintendo Switch Online membership for $299.99. Save up to 80% off popular game titles like Far Cry 6, Sackboy: A Big Adventure, The Last Of Us Part II, and Death Stranding.

Enhance your gaming experience with deals on headsets and accessories like the Backbone One PlayStation Edition for iPhone, which converts your iPhone into a gaming console ($74.99.) With savings of up to $400 on desktops and $150 on monitors, PC gamers can upgrade their gear and stream in style.

Target is pulling out all the stops this Holiday season. Not only are they offering over 1000 deals on games and gaming accessories, but they’ll price match select purchases made between October 6, and December 24, 2022, so you never lose out on a sale price. Hook your niece or nephew up with a digital Xbox Series S for $249.99, a $50 markdown that includes a $50 gift card. Help them secure some DLC with BOGO deals on gaming gift cards.

Save up to 50% on gaming accessories, including mics, storage, charging stations, and LED strip lights. PC gamers can bulk up on gear with sales on HP laptops which also includes additional savings on select HyperX Gaming accessories. VR gamers can secure a Meta Quest 2 Resident Evil 4 Bundle for $349.99 (128GB) or $429.99 (256GB).

Walmart’s Black Friday deal is a sign that you should finally get that PS5. This year, they’re offering not one but two bundles for gaming’s rarest next-gen console. You can secure the

PS5 God Of War: Ragnarok bundle for $559 or the digital edition for $459. Xbox fans can get in on the action with exclusive bundles for the Xbox Series S, including the Fortnite and Rocket League bundle for $336.10 (which includes DLC for both games and 2,000 credits).

Shoppers can save up to 50% off games, including popular titles like NBA 2K3, Just Dance 2023, and Animal Crossing: New Horizons. However, members of Walmart + get a leg up on the competition with early access to specially marked sales as soon as November 21.

With new deals added daily, Amazon’s Early Black Friday sale is worth browsing around. Right now the online megastore is offering dozens of deals on video games and accessories that are too sweet to pass up. Amazon’s Xbox video game sale is uncontested, with savings of up to 90% off on digital titles, including Battlefield 1 Revolution and Dragon Age: Inquisition.

If digital gaming isn’t your thing, you can save up to 70% on physical titles like Grand Theft Auto V, Marvel’s Avengers, and an Amazon-exclusive version of Gotham Knights that comes with a digital copy of Batman Vol. 1: The Court of Owls. Upgrade your PC gear with sales on trusted brands like Turtle Beach, Razer, Logitech, and JBL. Give your gear a unique aesthetic with deals on accessories, including keyboards, thumb grips, controllers, and carrying cases. Nintendo fans can buy in bulk and save big with deals on accessory kits for the Nintendo Switch.

Despite their past struggles in business, Gamestop is back with a vengeance this year with over 700 deals on video games that remind us why they’ve been a trusted name in gaming since the 80s. Gamestop is offering up to 60% off on games; with prices as low as $5, now is the perfect time to build on your collection.

Titles like Sonic Frontiers, PGA Tour 2K23, Dragon Ball: The Breakers, and Madden NFL 23 are on sale across multiple platforms, including the Xbox One and the PS5, so no fanbase is excluded. Take home titles like Marvel’s Spider-Man: Miles Morales or the Uncharted: Legacy of Thieves Collection for as little as $20 and throwbacks like Pac-Man Museum + and Super Monkey Ball: Banana Mania for as little as $15. With deals on games in practically every rating, price point, and genre.

After you help yourself to seconds (and thirds) of your hearty Thanksgiving feasts, don’t forget to treat yo’ self to some of the best deals in gaming. Hurry, these exclusive deals are only available while supplies last. Happy Holidays from BGN!