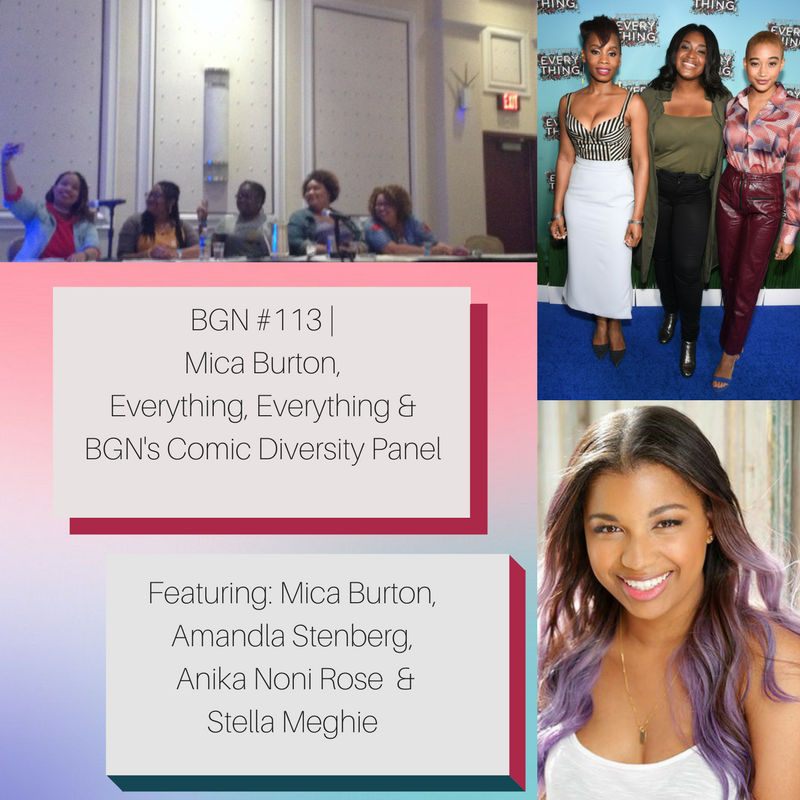 Segment 1: Actress, Cosplayer, Streamer and all-around Geek Rooster Teeth’s Mica Burton joins us to discuss her work at the internet streaming network and chats a little bit about her famous dad the legendary LeVar Burton.

Hosted by: Jamie and Kayla

Segment 2: Warner Bros Everything, Everything is one of the few major studio films with Black women in front and behind the scenes. Director Stella Meghie and actors Anika Noni Rose and Amandla Stenberg chats with us!

Segment 3: Over at ClexaCon, BGN put on a panel about comic book diversity and how it has had an effect positively and negatively on people of color.

Listen to “BGN #113 I Mica Burton, Everything Everything and BGN's Comic Diversity Panel” on Spreaker.