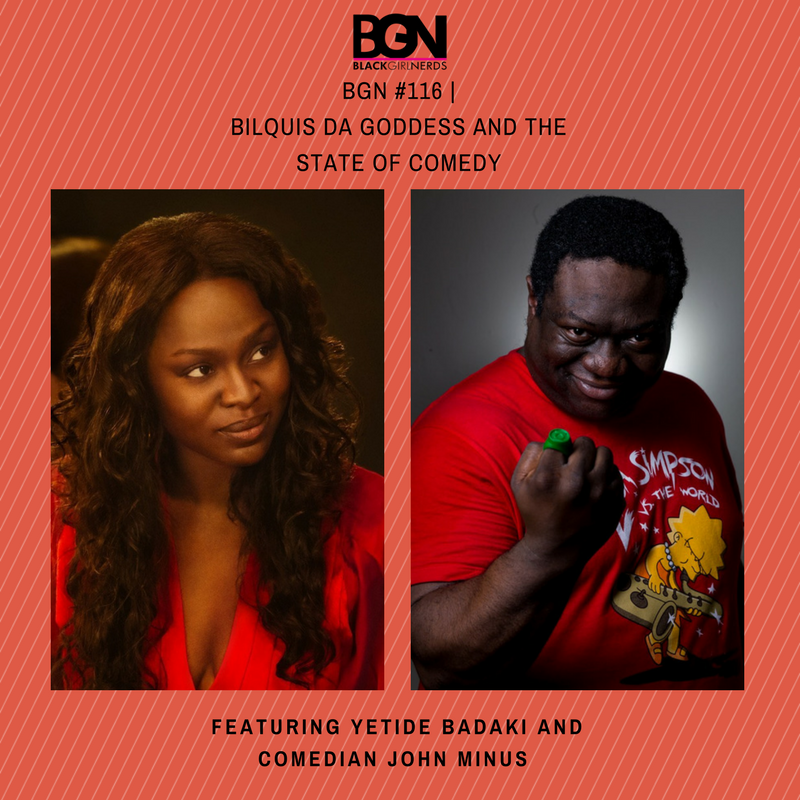 Segment 1: Actress Yetide Badaki joins us to discuss her provocative role of Bilquis on the hit Starz series American Gods based on the Neil Gaiman book of the same name.

Hosted by: Jamie, Kyndal and Jacqueline

Segment 2: Comedian John Minus chats with us on where comedy stands among socially conscious fans and where are lines drawn when it comes to offending groups in comedy?

Hosted by: Jamie and Valerie

Edited by: Jamie Broadnax
Music by: SkyBlew and Sammus