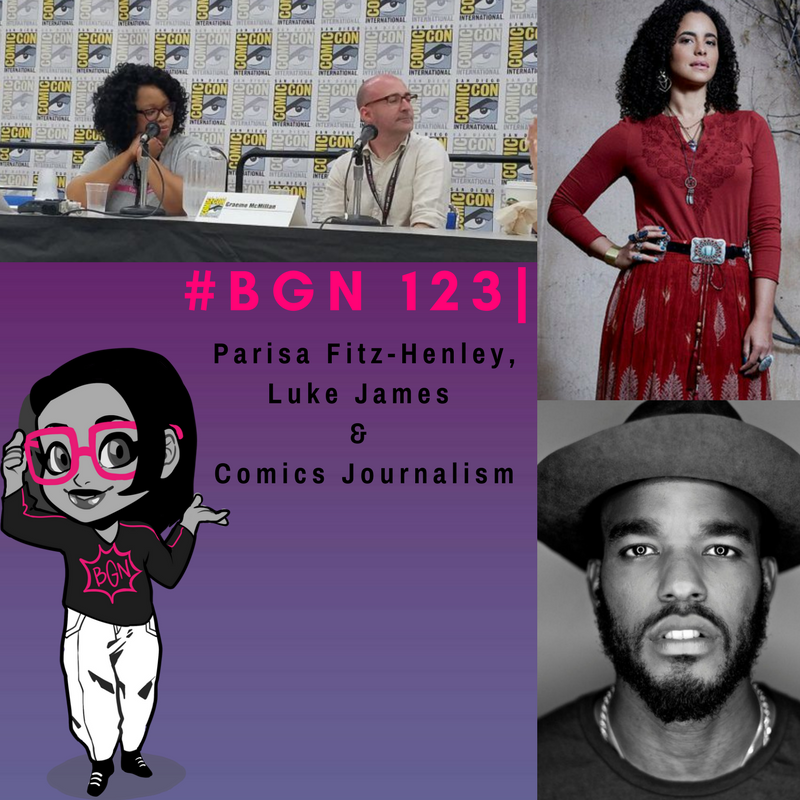 Segment 1: Actress Parisa Fitz-Henley stops by to chat with is about her work on the NBC supernatural series Midnight, TX.

Segment 2: Singer/Songwriter Luke James chats with us about his work in movie and TV

Listen to “BGN #123 I Parisa Fitz-Henley, Luke James and Comics Journalism” on Spreaker.

“Riders on the Storm” coming up on ‘Midnight Texas’