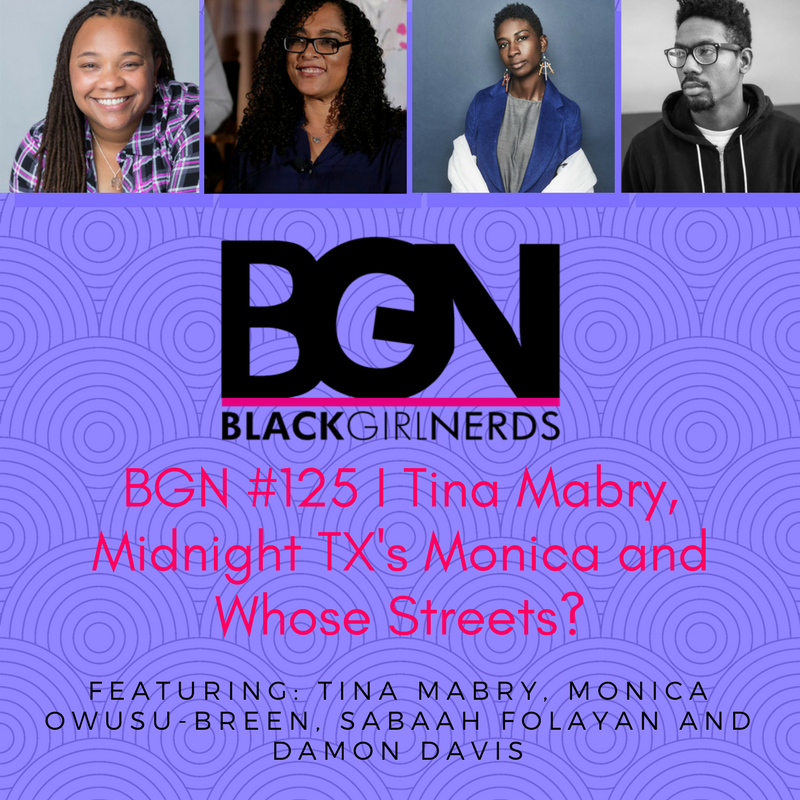 Segment 1: Director, writer and producer Tina Mabry chats about her body of work from shows like Queen Sugar to her directorial debut feature Mississippi Damned.

Segment 2: TV showrunner Monica Owusu-Breen chats about an upcoming episode on Midnight, TX and the latest happenings on this new supernatural show based on the books of the same name by Charlaine Harris. Following the interview are roundtables at SDCC with cast Parisa Fitz-Henley, Dylan Bruce, Arielle Kebble and Peter Mensah.

Segment 3: Whose Streets? is a new film that sheds light on the tragic circumstances surrounding the death of Mike Brown as well as amplifies the rallying cry for justice from the residents of Ferguson.  Filmmakers Sabaah Folayan & Damon Davis discuss the film.

Segment 1, 2 and 3 edited by: Jamie Broadnax

Music by: Sammus and Shubzilla

Listen to “BGN #125 I Tina Mabry, Midnight, TX’s Monica and Whose Streets?” on Spreaker.

An Inside Look at the TV Set Production of ‘Midnight, Texas’