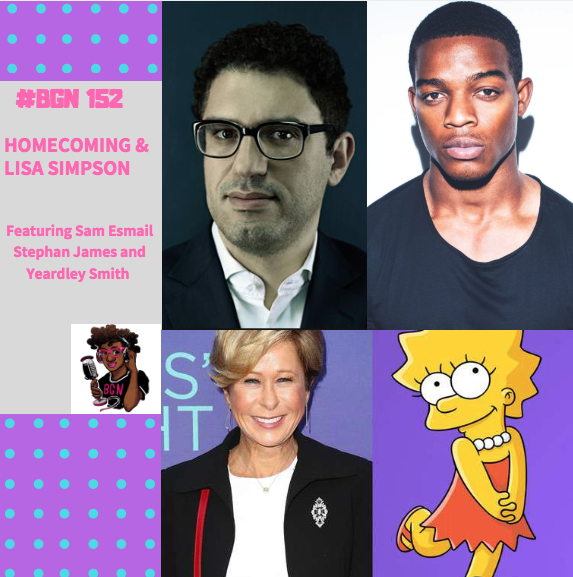 Segment 1: Amazon Prime has a new original series based on the podcast of the same name called ‘Homecoming’. The series stars Julia Roberts and Stephan James. ‘Mr. Robot’ TV showrunner Sam Esmail directed and produced the series. Sam Esmail chats with Jamie on a 1:1 about the new series and gives some news bits about the final season of Mr. Robot.

Segment 2: Canadian actor Stephan James chats with Jamie about his role as Walter Cruz in the series ‘Homecoming’ as well as his impending role in the Barry Jenkins film ‘If Beale Street Could Talk’.

Segment 3: Actress and multi-hyphenate Yeardley Smith chats with Jamie about her work as the iconic TV character Lisa Simpson. Smith is also the co-host of the true crime podcast ‘Small Town Dicks’ and co-founder of Paperclip Ltd production company.

Hosted and edited by: Jamie Broadnax

Stephan James Opens Up About His Latest Film ‘National Champions’