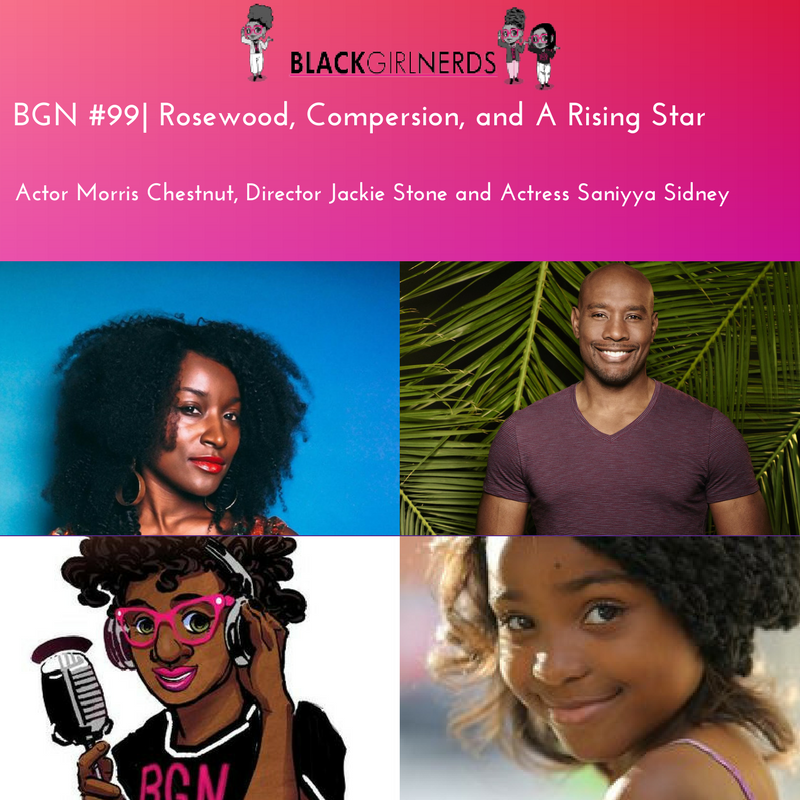 Segment 1: Caron interviews actor Morris Chestnut. The hotness that is has starred in such films as Boyz In The Hood, The Best Man and is currently starring in the TV series Rosewood.

Segment 2: Tora sits down with filmmaker Jackie Stone. The film Compersion is a story about polyamorous relationships and has been well-received among critics.

Segment 3: Jessica chats with actress and rising star Saniyya Sidney. The starlet has appeared in TV shows American Horror Story: Roanoke and Roots as well as films like Fences and Hidden Figures.

Music by Sammus and SkyBlew
Executive Produced by Jamie Broadnax

Listen to “BGN #99 | Rosewood, Compersion, and A Rising Star” on Spreaker.