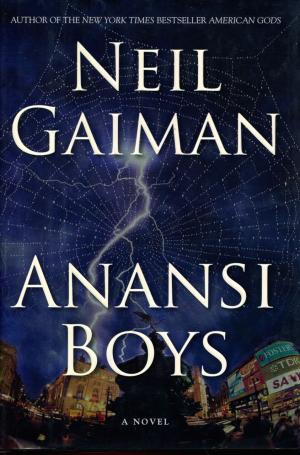 “America is a bad land for gods.”

When Neil Gaiman wrote those words nearly a decade ago in American Gods, it was both a plot-specific warning and an analysis of a real-world phenomenon. As distant history and the recent present continue to show us, America’s multitudes of diversity have led to some of its most tumultuous social moments. Gaiman deftly represents this cultural unrest as a literal war among the gods so ill-suited for this battleground. In Americans Gods, readers encounter old gods brought to the country by centuries of voluntary and forced migrations, and new gods who rule over concepts like Media and Technology. As people come to this country and grapple with the weight of a new national identity, their gods disappear, transform or rend themselves asunder in unwitting accommodation of their peoples’ needs.

America may be a bad land for gods indeed, but gods have certainly been good for the culture. Just look at Gaiman’s success: his god-inspired tall tales are some of his best work, and now a long-awaited adaptation of American Gods will grace our TV screens at the end of April. But with more than a month to go before the series premiere, I am surely among the increasing many who thirst for more exposure to the mystical stories of gods among us. Instead of engaging in my fifth reread of the book, or temporarily immersing myself in the world of a similar authorial imagination, I went back to Gaiman. Specifically, I indulged in a somewhat forgotten spiritual successor to American Gods – Anansi Boys.

This story begins with the swan song of “Fat Charlie” Nancy, whose life has been a series of unfortunate embarrassments that all seem to stem from his father, the flamboyant Mr. Nancy. After a childhood spent in his father’s magnificent shadow and suffering as the subject of his unusually influential pranks, Fat Charlie grows into a timid young man. He’s stuck in a dead-end agency position with soul crushing responsibilities and an overbearing boss. While engaged to a kindhearted woman named Rosie, everyone knows she deserves better – especially her mother, whose glacial personality and stinging criticisms poison the engagement at every turn. He has no friends, no social life, and no real ambitions. Loser may be too kind a word to describe him, as it draws attention to his totally unremarkable life.

Unfortunately for him, Fat Charlie’s life gets interesting when his father dies. He is soon informed by old neighbors that his father was the titular Anansi the Spider, the trickster god of West African and Caribbean folklore. Fat Charlie also learns that he has a brother – a cooler, thinner and magical brother named Spider, who seems more like a carbon copy of their father than Fat Charlie’s alleged twin. Fat Charlie and Spider spend the rest of the book messily traversing their new familial bond and their late father’s legacy, inadvertently triggering the end of the world as only quarrelling siblings can do.

Anansi Boys shines brightest as a story about the diasporic Caribbean experience, and this focus also helps add several unique ideas to the American Gods universe. My family is Jamaican, and despite several geographical differences between myself and the characters in this book – I’m in the eastern United States, and Fat Charlie grew up in Florida and London – Gaiman gets right all those distinct cultural cues that tie people together no matter the oceanic divide. Superficially, it is in the slang, the frequent allusions to going home to the islands and especially the food! There’s a description of an important family meal featuring stew peas, rice, curry chicken and fried plantains that makes my mouth water every time I think about it.

But what Gaiman also gets right are the subtler cultural influences that follow generations of immigrant families, as represented by their relationship to their gods. Despite being dead or otherwise inactive throughout the story, Anansi affects every thought, feeling and decision made by the book’s human characters. It doesn’t take explicit coercion or aggression on his part, as a carefully worded and seemingly unrelated story or an unconsciously verbalized opinion are just as powerful. It is the reason Charlie Nancy is known by characters and readers alike as “Fat Charlie,” an offhand comment on Charlie’s baby fat that has followed him across two continents and nearly three decades. It is the reason Charlie cannot accept that his father is dead, as the shadow of Anansi’s songs and comments and suggestions seems to follow him wherever he goes. Finally, it is the reason that the turning point of the story is when Charlie accepts that being a god’s son is part of his identity, and with that acceptance comes newfound self-confidence (and literal magical powers, of course).

Gods in the diaspora may not be as strong as they once were in their ancestral homelands, but they wield the influences of suggestion and memory in their descendants’ identities in ways that ensure their continued existence. At the same time, Gaiman asserts that people in the diaspora can draw strength from embracing their old gods and the unique cultural heritage that they represent. This relationship between gods and their migrating peoples is totally different from its initial depiction in American Gods, where gods and humans are arguably more antagonistic. In Anansi Boys, the lesson is a positive one: despite time, distance and the supposed death of your gods in the face of homogenized modernity, their presence in your life is visceral, important and powerful.

This is not to say that Anansi Boys is perfect, my gushing review aside. The story features incredibly troubling implications about consent when a love triangle forms between Rosie, Charlie and Spider. The evolution of Charlie and Spider’s characters is just a bit too conveniently easy given how destroyed their relationship becomes before the story’s final battles. Finally, the onslaught of the plot’s cataclysmic world-ending events seems like a hastily concocted afterthought rather than a serious concern, one that pales in comparison to the earth-shattering importance of the endings in American Gods.

But perhaps this is the point. If American Gods stretches itself to cover an expansive universe of mythologies and to revel in the drama of conflicting pantheons, then Anansi Boys is an after-dinner recollection of a family feud. It is ridiculously funny, sometimes sad and certainly not epic by any means, but that doesn’t stop family members from gossiping about it over WhatsApp and, when they can afford it, international calls. It is stories like these that connect people to a shared cultural memory, one joyously shared among the generations. It is stories like these that remind people all over the world of going home – whether for the first time or many years after the first painful separation.

Paige Allen is a brand storyteller and content developer at a small public relations agency in Greater Boston. In her spare time, she’s an avid consumer of comic books, novels and television shows in the sci-fi and fantasy genres. Sometimes, she pretends to be a professional cook and singer as well… much to her family’s dismay.