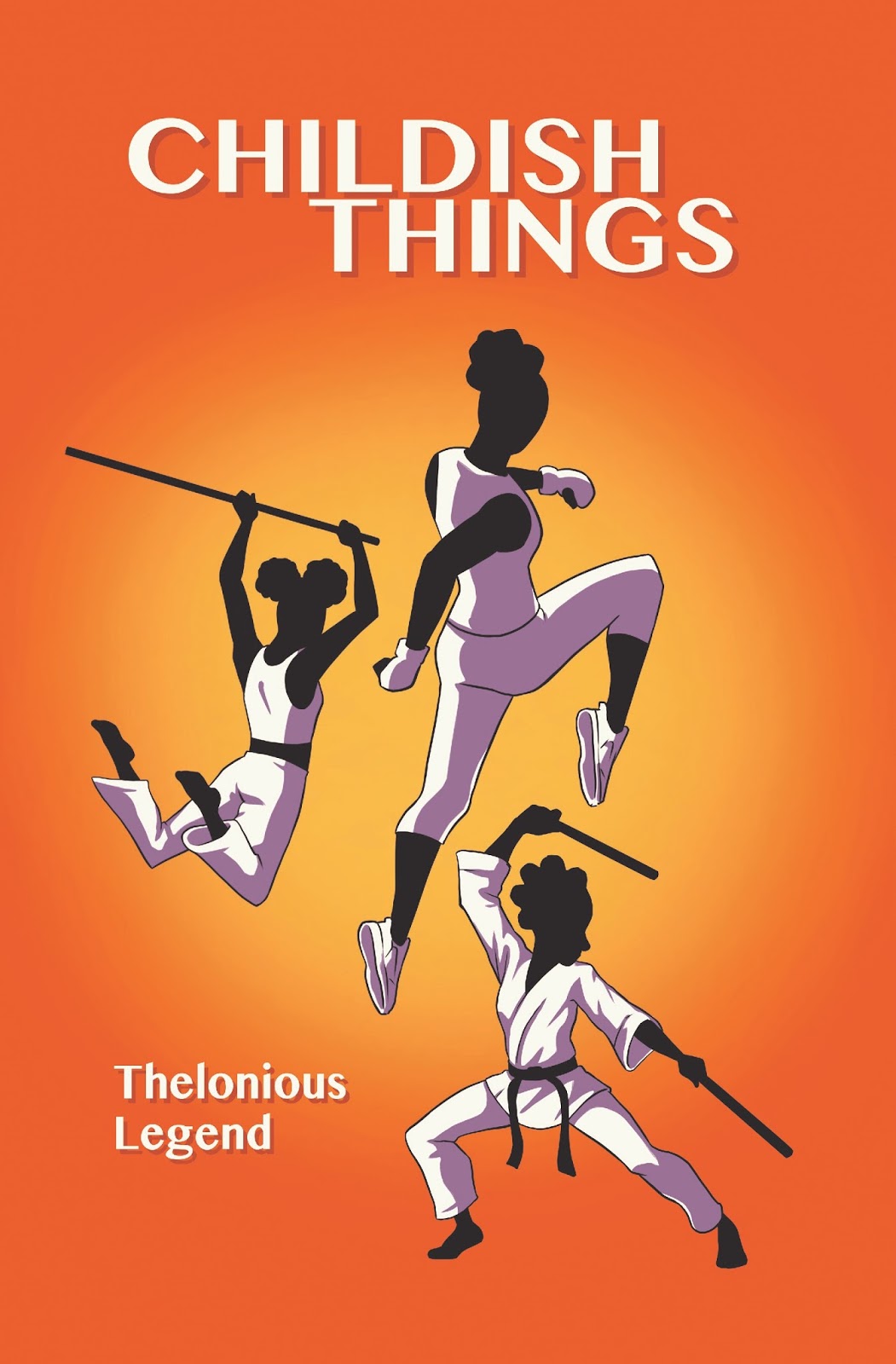 Childish Things is the second book in a trilogy written by Thelonious Legend and based around the Parker sisters who have extraordinary powers.

The second installment starts off a little bit differently by kicking off with a prologue. A murder of unknown characters helps to set the pace of a crime thriller. This book is far darker than the first one for the sisters and for the reader. Childish Things shows the sisters maturing and becoming confident in who they are and what they can do.

For example, Gwen has to come to the realization that her childhood has essentially come to an end, even though she’s unprepared for all of the responsibility she now faces. You feel sorry for these young ladies who just want to be kids but at each turn have to face new challenges that they do not yet have the answers nor strategies to face. Legend conveys the emotions of sadness and reluctant acceptance in such a beautiful manner.

In an unexpected turn, Ana gains the ability to fly. It’s an excellent turn for the sister that was previously just known for being super smart. It felt like it finally made her equal to her sisters as this was a skill that she could develop and strengthen, while her genius IQ was something that felt like it was already inherently within her. After all, all the sisters were pretty smart students.

The girls are pushed to their limits trying to defeat their new villains, and the villainous characters gave this more of a superhero fiction quality. All distinctive villains popped off the page, particularly the crazy librarian whom you could picture in an animation or live action movie for the Parker Sisters.

More than once, the Parker sisters are not ready for their opponents, and I was a little disappointed that their rescue came from men, as so much of this was about female empowerment. This part of the narrative could have been reshaped to focus on this theme.

However, I was soon won over by the new characters, and I loved the way Ramon and Aaron became authentic characters with their own stories to tell (definitely the opportunity for a spin-off!). Sharing similar super powers as the sisters, they have a much closer relationship with their father’s friend. Their tale was unsettling and provided a stark contrast from the privileged and sometimes untouchable life of the sisters. I even think I nearly shed a tear at the end when their parents take on guardianship of the two young men.

A favorite moment that had me laughing was when Ana had her father and the entire neighborhood addicted to her ‘special lemonade’. In this chapter, Barry heads home early and is soon chased to his own home by a college student for the same ‘special lemonade’ to find out his front porch has become a blockade with full on helicopters and police in force. Ana’s nonchalant attitude to doing anything wrong and excusing herself through technicalities was a hilarious moment.

Overall, this book works as a fantastic second book. It works as a stand-alone book, though I would still advise reading the first book if you want to fall in love with these sisters, which you surely do!

Catrina Walters is from the UK (London) and works abroad as a high school teacher, teaching film and design in Spain in a pursuit to improve her bad Spanish. She’s a serial traveler and has lived in Hong Kong and El Salvador (yes, murder central!). She binge watches TV shows, takes photographs, and blogs occasionally about her traveling adventures. Twitter: @GlobetrotCat Instagram: @Globetrottingcat