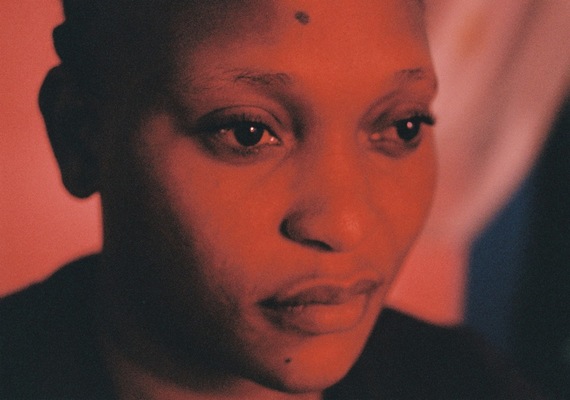 Winner of the Jury Grand Prix Award at the Berlin International Film Festival, Senegalese director Alain Gomis new film Félicité set a precedent for foreign cinema. The audience can expect a solid film that showcases how much a mother will go through to provide for her child.

In the city of Kinshasa, (located in the Democratic Republic of the Congo), Félicité (Véro Tshanda Beya Mputu) makes a living as a singer in a local bar. She is determined and self-reliant with a glare that could cut stone, and she grabs the audience’s attention instantly. After her son is in a violet motorcycle accident, her strength is tested as she goes on a frantic search through the streets to raise money for her son’s operation. To aid her on this mission is Tabu, a drunk troublemaking patron, has his eye set on Félicité but is consistently rejected. While annoying with his nighttime antics, he becomes a silent ally to her, helping her raise money for her son’s operation.

The movie succeeds in capturing Félicité desperation in the midst of her race to receive funds for her son’s treatment. Described as “cocky” and a “strong woman” by her former lovers, she swallows her pride for the sake of her son. Mputu portrays this process well as her countenance slowly deteriorates throughout the film. The travels, the begging, the struggles to get the money that she needed were both sad and enthralling to see.

Centering the bar as her ‘north star’ in the midst of her challenges further grounds the fact that while her son is dealing with grave injuries, the bills are not going to pay themselves. It is this level of realism that ratchets up the attachment viewers have to the main character. Her singing voice is strong and beautiful. When she sings, she can forget her troubles for a moment. The music in the bar is joyous and the bar’s inhabitants dance and celebrate. It is a pleasant surprise that Kasai Allstars, a real-life Kinshasa band, is the house band. In many ways, the music is a star in its own right as it sets the tone for many scene scenes and provides relief in others.

While these aspects of the movie are fascinating, Félicité does have odd parts that are disjointed from the main theme. There is a reoccurring vision of Félicité wearing all white in the forest, but this does not have a clear purpose within the narrative. At one point, the vision ends with Félicité standing in front of a microphone in the presence of some animal (I think it was a zebra?). Stunning as it may be, there isn’t a connection between these visions and the broader storyline. If utilized correctly, this premonition could have done more to clarify the precise thoughts inside Félicité mind, but in the end, the moment is a waste.

Despite some questionable stylistic choices, Félicité is an emotionally grounded. Mputu’s performance is the heart and soul of the story. The audience is allowed to walk a day in her shoes. It is a slow-simmer movie where the affliction of the lead shines above all–and it’s that affliction that makes this a painful watch in all the best ways.