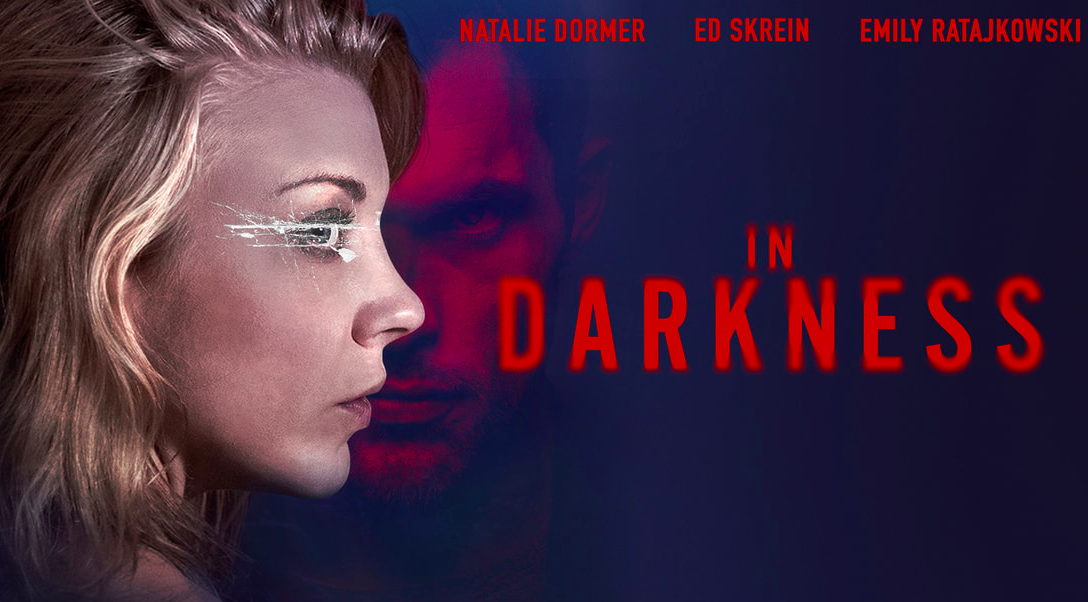 With a combination of amazing cinematography and a nod to the femme fatale, In Darkness is a strong thriller that allows you to be totally submerged in its chaotic world. The film is a beautiful ode to the noir and neo-noir films that came before it. Co-written by Director Anthony Byrne and stars actress Natalie Dormer, the film introduces us to Sophia, a gifted blind pianist who hears a struggle in the apartment above her that leads to the death of her neighbor Veronique (Emily Ratajkowski). The death of Veronique pulls Sophia down into the bowels of international crime and corruption subsequently leading her down a dangerous path spearheaded by Veronique’s father, Milos Radic (Jan Bijvoet), a Serbian war criminal. Working for Radic are brother and sister, Mark (Ed Skrein) and Alex (Joely Richardson), who reveal Sophia’s own hidden past.

On the red carpet, Natalie expressed the need for a character who was, “fully rounded, three dimensional, and a flawed human being.” Sophia is all of these things. A brave, imperfect character that you want to root for and want to see succeed. Even when you find that things aren’t as they appear, and she may know more than what she lets on, you still want her to triumph. It helps that the villain of the film is so over the top with no room for remorse. The viewer has no inkling of sympathy for the antagonist of the film. Sophia gets the arc and emotional range that she deserves, but it’s Natalie that truly brings her to life. Natalie wants “the same rules to apply for female protagonists as they do for male protagonists.” She’s found a character who she can really connect with although she had to write it herself. While the story isn’t perfect, the characters are strong and able to carry the film along nicely. The character of Mark is imperfect and fragile. A different character for Ed Skrein who expressed that what he loved about his character was, “the arc that he went on was interesting and how he came to be more emotionally literate.” That arc was developed nicely with the help of Natalie’s portrayal of Sophia.

Along with strong characters, the use of various noir film techniques amps up the film in a positive way as well. With inspiration helmed by such films as Rear Window, Scarface, Psycho, and other Hitchcockian films, In Darkness increases the tension with dramatic and extreme angles, extreme close-ups, and a play on sound that dramatizes even the simplest of scenes. The cool thing about it all — is the parallels made by a film being scored by our gifted pianist in act one, flashback/dream sequences in act two, and the climax in act three. Clearly Anthony Byrne and his team know what they are doing.

All in all, it’s an exciting ride down the streets of London. The cast is strong, and the pace is right. While you may be overwhelmed by the backstories, it all comes to an ending that you won’t regret staying with.

In Darkness hit Theaters and On Demand on May 25.