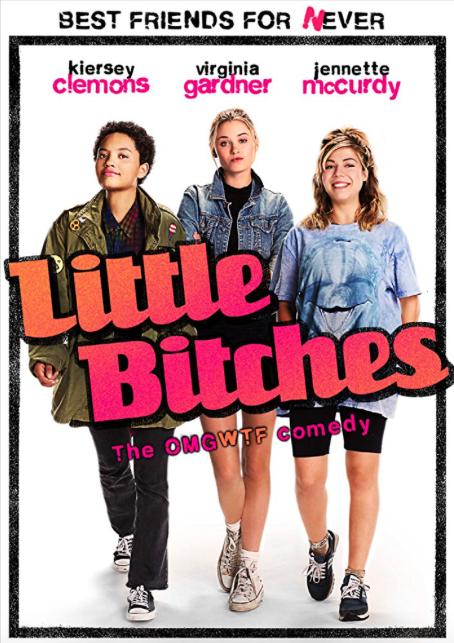 Little Bitches is a coming-of-age film by Nick Kreiss in his directoral debut. Starring Kiersey Clemons (Marisa), Virginia Gardner (Kelly) and Jennette McCurdy (Annie) as three best friends struggling to keep a strained relationship together. A promise, made at the start of their freshman year, that they would open their college letters together at an annual party thrown on the last day of school represent’s Annie’s final spark of hope.

McCurdy is at her best as a wide-eyed optimist with anxiety issues. This particular combination is rare for female characters in American films. Neurosis is usually a wet rag or one step away from Belleview, but Kreiss offers a more realistic exploration of anxiety disorder.

In one scene, Annie thinks Kelly’s new friends are laughing at her. It causes her chest to get tight, her breath becomes shallow, and she races out of the room. In another scene, however, Annie is the getaway driver for a heist Marisa has wanted to pull for a while. She begins to exhibit all of the same signs as before, only this time she just grips the steering wheel. She’s committed to this promise. 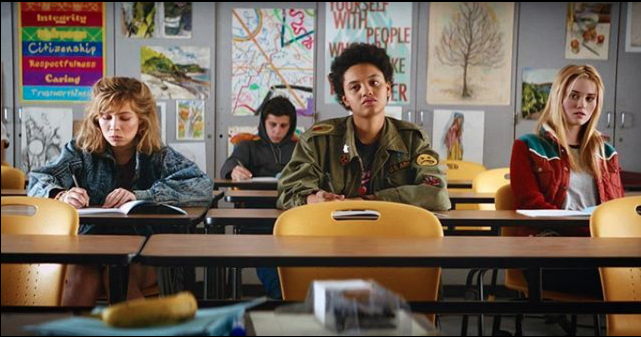 Promises are important to Annie. The most sheltered of the group, it doesn’t seem as if Annie has ever had her heart broken. Marisa, on the other hand, is all too familiar with heartache. Her parents divorced and essentially abandoned her. She is left with a well-meaning grandmother who is more than happy to share her medical marijuana with her granddaughter.

This abandonment overtakes Marisa. She lashes out verbally at anyone who tries to get close. She puts no care into her appearance. She is riddled with pain, and Clemons delivers that pain with physical authenticity.

As a scenery-chewing counselor, Kate Berlant is magnificent. Is she drunk or just pretending, so she can meet the students at their level? It is unclear. But she does stress to the girls that this friendship is important and serious action should be taken to save it. 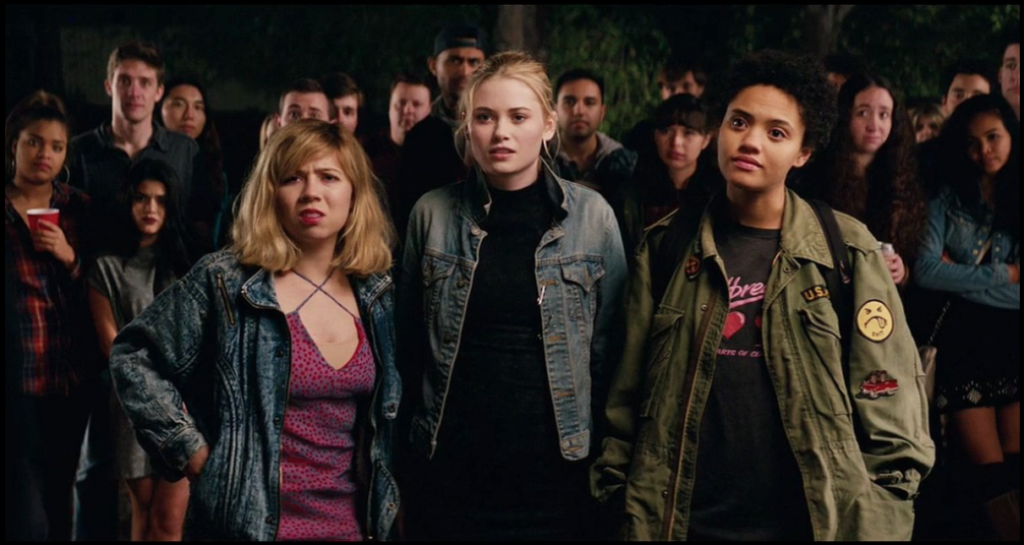 On the surface, this appears to be a deep way of bonding. It is, in fact, a great way to hide. By being crass, robbing liquor stores for scratchers, and dressing in grungy, ill-fitting clothes the girls are able to avoid talking about the things that are scaring them. Marisa uses her over the top persona to keep Annie away from Kelly. It’s abusive and controlling, but it also feels real.

There are also plenty of moments of foul-mouthed young ladies eager to explore their sexuality. These women put on tough exteriors to hide their inexperience. Easy A, Juno, The Edge of Seventeen, and The DUFF hit similar points, with each revolving around a potential romantic relationship. In the end, the girls find self-confidence, learn the difficulties of adulthood, and grow closer to their parents. Add a soundtrack that’s equal parts pop and indie-punk, and the movie is guaranteed to reach cult status.

Little Bitches will not, however, enjoy that cult status. A meandering first half, though well-performed, doesn’t do effectively build up to the film’s final moments. The frank conversations about body image and budding sexuality are well written, but not enough to detract from a lack of plot. Perhaps most frustrating is that the obsession of friendship is explored, but a resolution is never offered.

Keeping Kelly away from the other girls until the final scene of the film leaves the whole fight feeling unresolved. This level of friction would normally require days of talking, written letters, a mixtape, and someone’s wise auntie getting involved to resolve.

Overall, Little Bitches is a fun watch, but not as strong as many of its genre’s contemporaries.