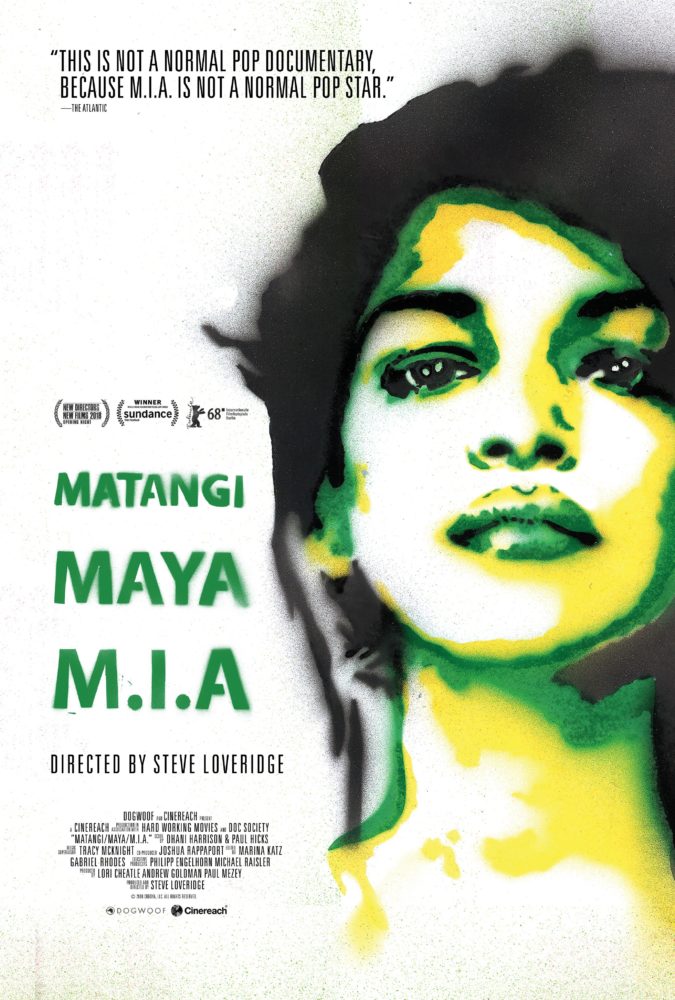 Before I can talk about Steven Loveridge’s new documentary Matangi/Maya/M.I.A., we need to talk about the Sri Lankan civil war.

From 1983 to 2009, the island nation of Sri Lanka was embroiled in a horrific ethnic and civil war between the country’s Sinhala majority and its Tamil minority. The post-British colonial conflict was infamous for its use of female suicide bombers as well as child soldiers on the side of the Tamil separatists who wanted their own state. On the Sinhala Army side, atrocities like extrajudicial killings of Tamils, gender-based violence, mass murder, and torture were so commonplace and gruesome they quickly stopped making the news.

The war wasn’t only fought on the ground. It was an ideological battle as well, with the Sinhala-majority government conducting various propaganda campaigns that likened Tamils to pests who should be exterminated. A Sinhala-led organized mob burned down one of the oldest libraries in the world: The Jaffna Public Library. Hundreds of years of history, and in particular Tamil history in the South Asian region, gone before the digital age could preserve it.

In a nutshell, the Sri Lankan civil war was a 26-year genocide and ethnic cleansing against the Tamils. For a country of only 22 million—one-quarter the size of the UK—the death toll on all sides was devastating. Over 100,000 civilians were killed, and hundreds of thousands more soldiers. Mass grave sites are still being found around this tropical paradise once known as Serendipity. The Sri Lankan government and the separatist Tamil Tigers are both still under investigation for war crimes and crimes against humanity by international legal bodies. 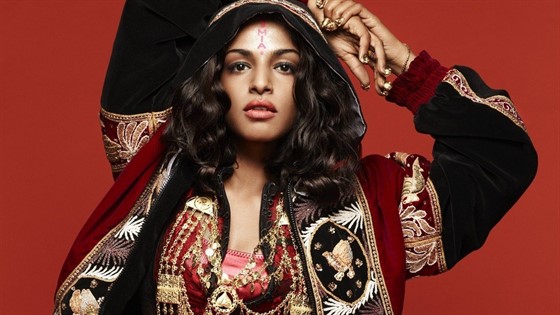 It is impossible to separate this Tamil-British pop star activist M.I.A. and her various art from this bloody conflict in her home country.

A Pop Star Raised from the Turmoil

Born Matangi Arulpragasam in Colombo, Sri Lanka, the woman now known as Maya and M.I.A. spent the first 10 years of her life in an increasingly volatile political situation as war geared up. Her father Arular Pragasam was one of the founders of the Tamil resistance. Maya, her mother, sister, and brother escaped Sri Lanka as refugees to the UK in 1986, with just one suitcase per person. From a life of relative privilege in Colombo to the refugee ghettos of London, the move was a particular kind of trauma for Maya and her family. Maya coped by escaping into music and dance.

Maya dreamed of being a documentarian, and much of Matangi/Maya/M.I.A. is her own footage maintained since she was a child. The M.I.A. we see in this film is quite a far cry from the one we’ve seen leaving controversies in her wake. Maya is vulnerable. Maya is angry at what is happening to Tamils in Sri Lanka and that nobody cares unless she says something about it in a high-profile interview. Maya is a woman between worlds. Maya often struggles to navigate all the different expectations of her–especially when fame and notoriety enter the picture.

At the beginning of Matangi/Maya/M.I.A. director Stephen Loveridge asks, “Why are you such a problematic pop star?” Maya responds with her trademark snark, “You mean, why don’t I shut up?”

That is a question that has haunted Maya her entire life. Unlike her siblings and mom who were against their dad and husband’s participation in the war, Maya initially sees him as a hero figure who made them all the interesting people they are now. She also confesses her obsession with a Tamil Tiger propaganda video showing female soldiers as they train and prepare to sacrifice themselves for the Tamil cause.

During a visit to Colombo–when she was making a documentary about the war–Maya was sexually assaulted by Sinhala soldiers on the bus. When she was about to fight back her mother told her to be quiet, or “they’ll take us into the jungle and kill us both.” Before doing worse, her mother implies.

Maya swallowed her shame and looked out the window. “Somewhere in that jungle is someone fighting for me,” she narrates, likely referencing those female Tamil soldiers she saw on that tape. So, she took what she could of the Tamil struggle to the international stage. Many Sri Lankans will read this as her sympathies for a terrorist organization. Maya reads it as a kind of justice for her people.

Another question that drives Maya is, “Why was it me that got away?” If she had stayed in Sri Lanka she and her siblings would have been expected to fight alongside their father and fellow Tamils. Instead, she became a celebrity.

From her days touring with Brit-pop group Elastica to her relationship with Diplo during which she honed her voice and sound, Sri Lanka and the war are constantly on her mind. She decided that if she’d have a platform, she’d use it for her politics. That has made her one of the most divisive figures in the Sri Lankan community at home and in the diaspora.

I call this the quantum physics of identity: Tamils were invisible on the global stage. But M.I.A. was hypervisible as “the only Tamil in the West.” She was in yet another worlds-straddling position as she sought to use her platform to raise awareness of the atrocities happening in Sri Lanka. If she accomplished nothing else, at least she kept Tamils and Sri Lanka in the news cycles until the war ended.

And while M.I.A. often makes tone-deaf and contradictory statements about other social issues, when she speaks about the war in Sri Lanka her message is unequivocal: There was genocide taking place against an ethnic Tamil minority, and nobody in the world cared to intervene. Pundits everywhere were more than happy to demonize her when she dared to speak about it. 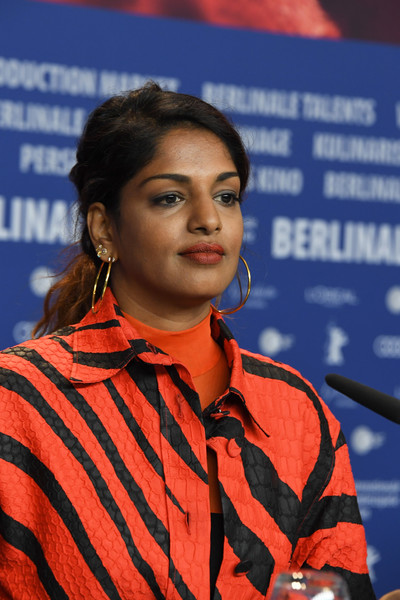 A Different View of M.I.A.

Matangi/Maya/M.I.A. surprised me in so many ways. As a Sri Lankan American, of Tamil heritage myself, I saw a lot more of me in Maya during this hour-and-a-half than I ever had before. The pull between worlds, the aching for a home that can’t be, and a desire for a sense of justice that remains elusive.

For people unfamiliar with the Sri Lankan civil war, some of the footage in Matangi/Maya/M.I.A. will chill you to your core. Maya and M.I.A. are inextricably bound by the civil conflict. By family, by ethnic heritage, and ultimately by choice. You’ll see all of M.I.A.’s music videos in a new light after this film. You’ll hear her songs differently. The post-coloniality of her lyrics and music will take on a new shape. And yes, a more disturbing one, but one more authentic to her vision as a political and pop-cultural figure.

For those familiar with the war and the Sri Lankan communities around the world, Matangi/Maya/M.I.A. is an opportunity to see this polarizing figure as the woman she is. She makes mistakes. And she doesn’t always realize the full impact of her actions until after the fact. But she’s learning. And her art and voice is growing with her. Yes, she’s messy and complicated, just like the civil conflict that shaped her. Ultimately, Matangi/Maya/M.I.A. shows us just how much this charismatic and powerful artist-activist is all too human.

Matangi/Maya/M.I.A. is in theaters September 28.