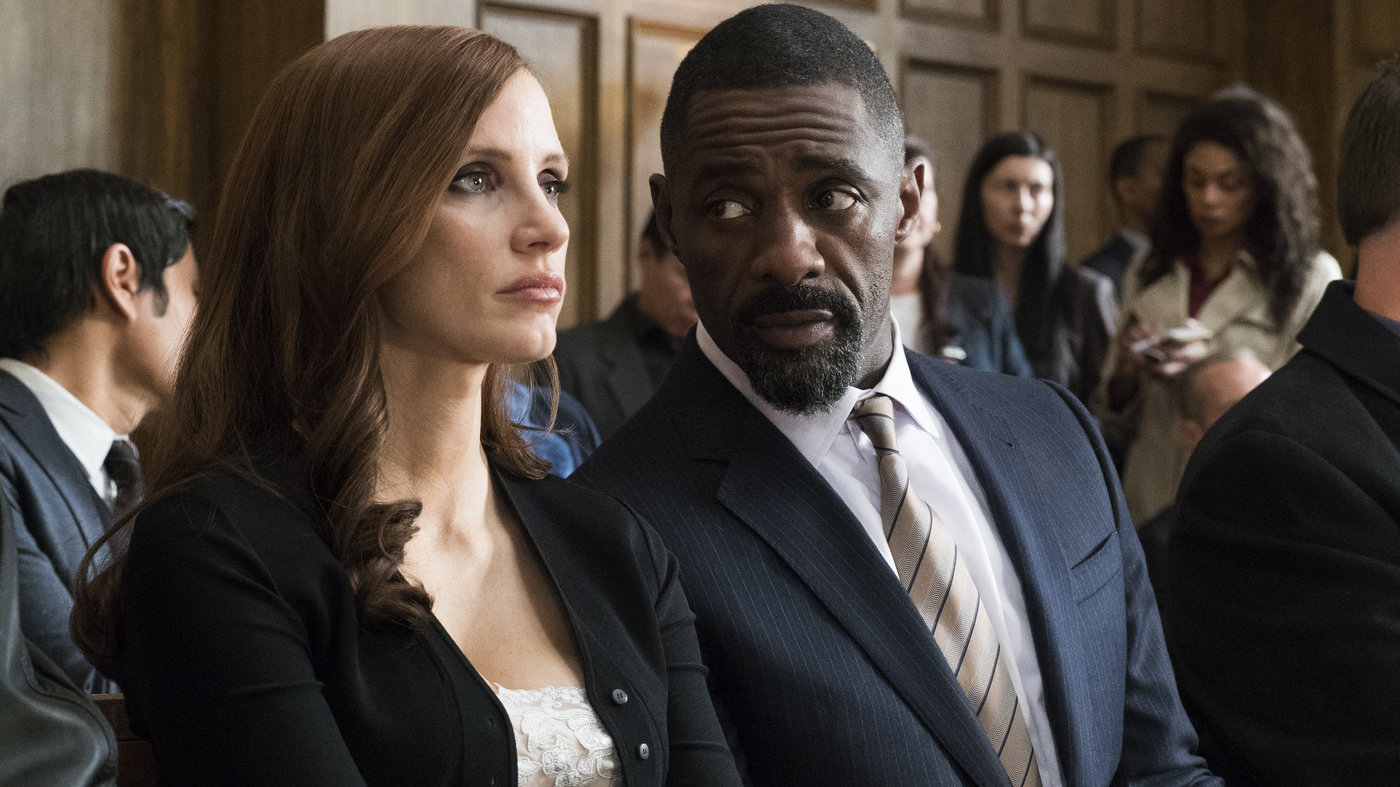 The game of poker, at its crux, is being strategic with what cards are dealt. As the game begins you may have a strong hand that you think will take you the distance. However, not all hands that start strong will end strong, and so, many factors can result in you not being the victor. Molly’s Game is a film based on the true story of Molly Bloom, an Olympic-class skier who ran the world’s most exclusive high-stakes poker game and became an FBI target during her reign as the “Poker Princess.” Like the game she ran, Molly’s success was based on chance and didn’t end on a high note; unfortunately, the film based off her life also experiences a similar fate.

Directed by Aaron Sorkin, the film prospers with having such an undeniable talent as Jessica Chastain. If you’ve ever seen an interview with Bloom as she works to promote the film, its eerie how spot-on Chastain is with her voice and mannerisms. As the lead, Chastain carries the film with a gentleness that relays how seriously she took the role. Looking at the wardrobe Bloom wore during her transformation into the “Poker Princess”, it’s easy (and unimaginative) to dismiss her as a someone lacking intelligence. But Chastain tasks herself with projecting strength and aptitude no matter the clothes, and nails it.

Idris Elba also does some heavy lifting to make the film work. Elba plays Charlie Jaffey, Molly’s fictionalized defense lawyer who has noble intentions. The role was a tall order, considering Charlie Jaffey does not exist in real life and the research on the real-life lawyer that the role is loosely based on was limited (according to Elba). As Jaffey, Elba is sharp, quick-witted and caring. He is a perfect complement to Chastain’s Bloom without being drowned out by her. With those two actors together, you get captivating moments.

What’s also captivating is the progression of the poker games throughout the film. From basements to penthouses, the cinematography highlights how the stakes get higher as the film progresses. Having Chastain narrate some of games also brings the viewers along for the ride, even for those unfamiliar with poker.

These elements alone are the core of what makes the film strong. But as the game progresses, the luck starts running out in some aspects. One particular is the Sorkin-style dialogue that the characters have to say. Sorkin has a unique writing style that either works or it doesn’t. For Molly’s Game, it works in some of the interactions between Bloom and Jaffey, but becomes hard to decipher and distracting in other scenes. In theory, such a fast-paced cadence would be a perfect choice for a story about high stakes games. In practice, it leaves the dialogue rushed and jumbled.

And the dialogue itself is not the most distracting facet of the film—the Kevin Costner storyline wins that Olympic gold. Costner plays Molly’s father, Larry Bloom, who was an antagonist during Molly’s ski training. The beginning of the film starts to string this storyline of Bloom’s contention with her father. Sadly, this string doesn’t have much weight and snaps midway into the film. Because of this, when Larry Bloom finds Molly down on her luck at a random ice skating park in NYC (how does he find her? NYC doesn’t have many ice skating parks, but to find her in this specific one is really weird), their conversation sorting out their issues does not feel earned. The setup did not deliver, and to reduce Molly’s empire creation to her dealing with her “daddy issues” feels cheap.

While featuring an interesting story and a strong performance by a female lead, Molly’s Game skirts past the elephant in the room: Bloom triumphed and did not experience any consequences. While she ran a clean game, at some point she didn’t, and got away with probation, community service, and a fine. In the grand scheme of crimes, taking a rake is minor. But it’s difficult watching her not get any jail time when, in our current climate, Black and brown people are in jail today for much more minor offenses. It frankly makes the work her and Jaffey put in to prepare for the case laughable, that everything she gets charged with does not stick.

Ultimately, what Molly’s Game represents by the end of the film is where the folding of the hand happens. In a different climate, Molly Bloom would have been a better hero to relate to. Despite the film’s missteps, it is fascinating to see a woman build her empire using the way men underestimate her. However, let’s hope for fewer films where the actions of the white female lead gets absolved. Complexity is not the same as innocence when it comes to character arcs. The better we are at realizing that, the better the stories will become.