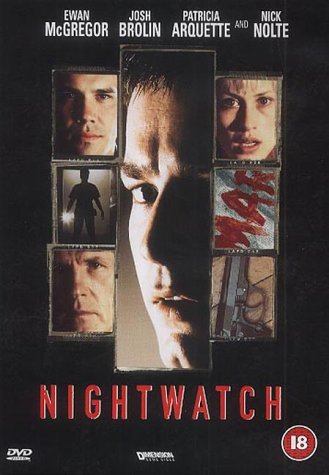 Just in time for the Halloween season, Sundance Now has curated a list of movies under the heading “Halloween Treats,” including 1998’s Nightwatch, a thriller written and directed by Danish filmmaker Ole Bornedal.

As news of a serial killer dominates the local news cycle, law student Martin Bells (Ewan McGregor) announces at his birthday party that he’s taken the position of new night watchman at the hospital. On his first night of training, Martin learns that the hospital’s morgue is where the bodies of the killer’s victims are being kept.

When not at work, Martin is either spending time with his girlfriend Katherine (Patricia Arquette), with his best friend James (Josh Brolin), or at school, where James accompanies Martin even though he’s not enrolled. During their outings it’s clear there is some tension between the ladies and James, as he tends to be very antagonistic towards them, as well as towards complete strangers. 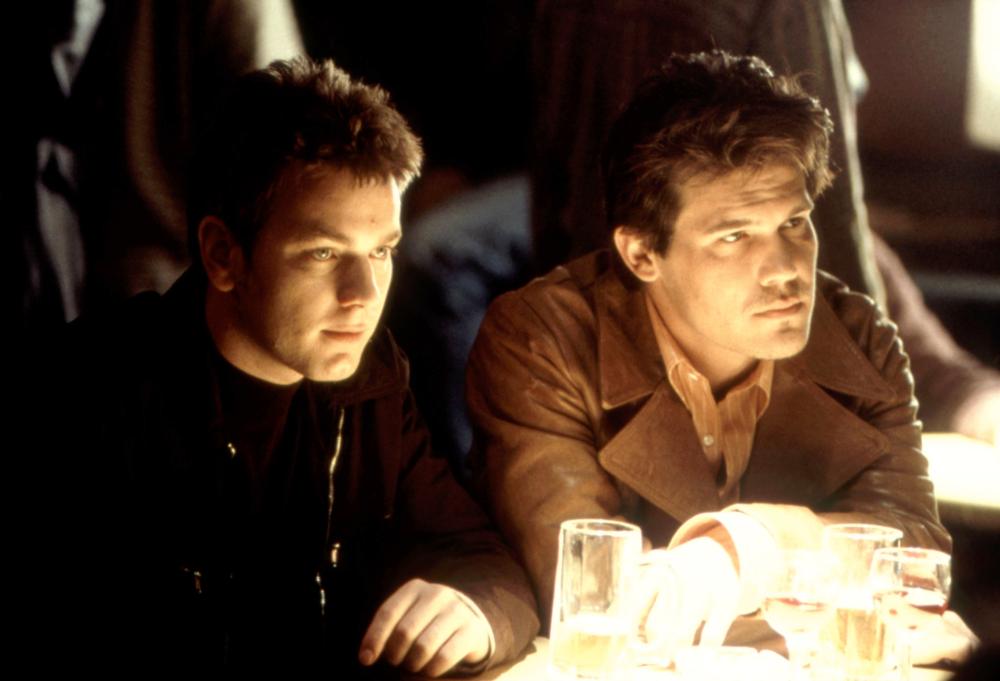 Soon after his start at the hospital, Inspector Cray (Nick Nolte)—who Martin recognizes from the news as the lead investigator in the murders—appears while Martin is trying to fix the alarm for the morgue. As Martin asks about the progression of the case, the phone rings, and he learns that the body of a new victim is being brought in. While examining the corpse, Cray tells Martin that serial killers “are well beyond the need to explain why they do it,” and that they only care about creating chaos.

One night, while making his rounds, Martin notices the body of the latest victim is no longer on the table, and follows a trail of blood down the hallway to find the body propped up against a door. When the doctor on duty arrives, it’s no longer there, but back in the morgue with all the blood already cleaned from the floor. The doc tells Martin the loneliness of the job might be getting to him but, as a precaution, he calls Inspector Cray. Martin, who has been expressing what appears to be a morbid curiosity about the serial killings throughout the film, asks Cray if the police are any closer to catching the killer, to which Cray gives a non-committal answer.

At this point in the film I began to notice a significant lack of tension, and the characters didn’t seem to have any real depth to them. I will admit that it was difficult for me to maintain interest in the plot or characters, as they kept making decisions that made absolutely no sense. I’m not sure if it was due to direction but, to me, Martin came across as very naive, and able to be easily influenced by others.

There is an attempt to set up a particular character as a red herring, but it’s push to make him seem villainous is just too on-the-nose. Instead of seeming suspicious, he just comes across as a massive douche. After a series of events due to plot convenience, the killer is revealed, but unfortunately there’s no element of surprise as one would hope from a thriller. Even though the murders were the main driving force of the plot, the lack of a clear motive or pulse pounding tension makes Nightwatch come across as a parody like Scary Movie rather than a classic like Scream.