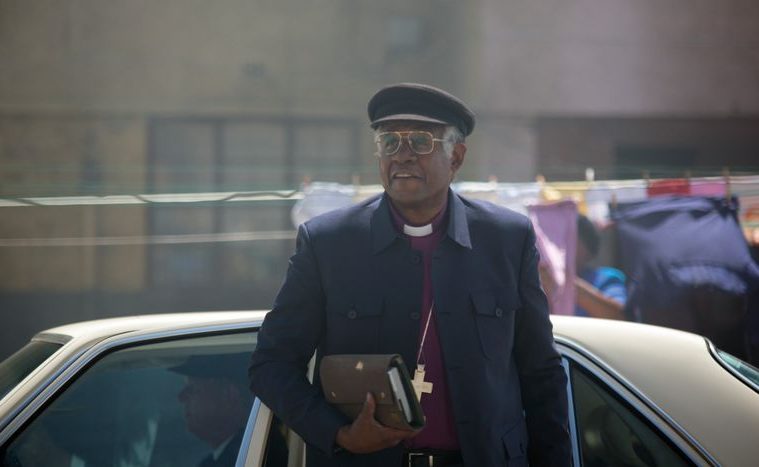 I only found out about Archbishop Desmond Tutu’s role in South Africa’s transition from apartheid to democracy as an adult, but the documentaries, articles, and books on Mandela’s presidency didn’t teach about the fear and raw emotion that South Africans were locked into. The area was like an open nerve, pulsing with a pain that some wanted desperately to soothe, and others wanted just as badly to bury, and the Archbishop’s role was to repair that nerve. The film The Forgiven plunges us into the heart of it all, where we see and feel the hurt, fear, and rage that had to be aired out before the healing could begin.

The Forgiven opens with a young blonde-headed boy sneaking out of the house and into a tribal village to meet his forbidden playmate. His father appears later that night, drunk, and carrying a gun. He shoots the girl’s father as the boy hides. Cut to a woman searching for her daughter as South African police clash with Black protestors. Some of the officers are ransacking the woman’s food cart. She tries to find her daughter but fails. Fast forward to the end of apartheid when the woman turns to Archbishop Tutu just after he is placed at the head of the Truth and Reconciliation Council, then to a prison as a white man who everyone calls Blomfield gives a letter to the warden, who laughs and brushes the man off.

These scenes are mashed together, leaving us searching for a connection in the material to come. Tutu visits Blomfield. We see a young black teen named Benjamin being brutalized at the hands of a gang he joins for protection. What does it all mean? Well, it all comes together to mean something very significant, which we arrive to around the one-hour mark. At the last half-hour, have a box of tissues handy. Don’t say I didn’t warn you. By the end, you can cycle back to the beginning and see what a lovely tapestry that the director has made—it just takes a long time for all the pieces to come together. Without the flashbacks and cuts to different perspectives, the long construction process would be a bore. That is despite the great acting that Eric Bana pours onto the screen as Blomfield, and Forest Whitaker’s dignified performance as Archbishop Tutu. 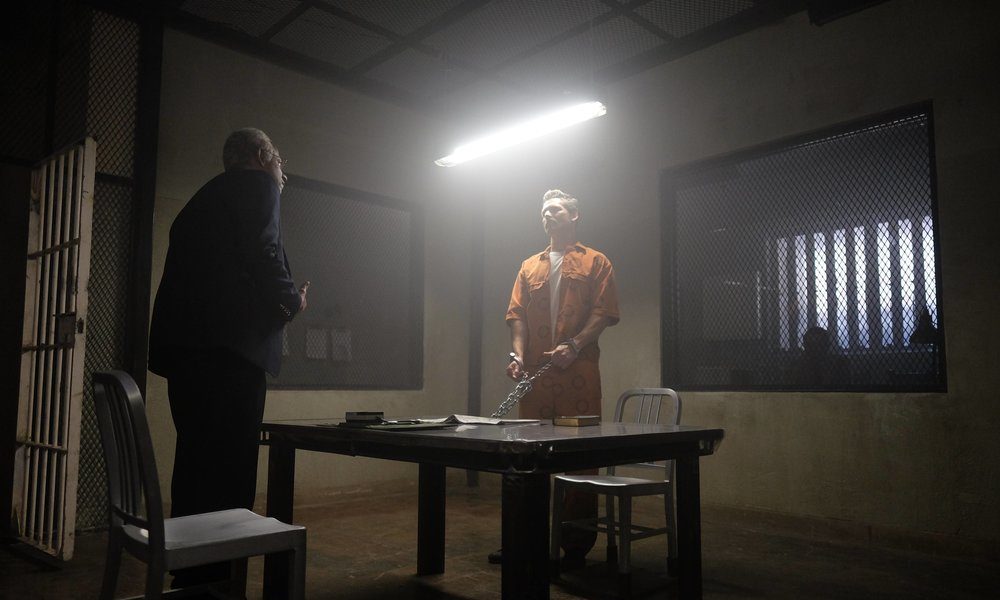 The Black actors in the film put forth superb performances as well. Thandi Makhubelle plays Mrs. Morobe, the mother of the missing girl whose death the white police need to leave buried. Nandiphile Mbeshu is Benjamin, who ends up playing a pivotal role as the characters move closer to forgiveness and healing.

As an American black woman, I watched this film in awe of the similarities between the language used by post-apartheid white South Africans and the language used by white Americans who voted in Donald Trump and his alt-right ticket, only to discover too late that they were accessories to hate. The wife of a white police officer going before the TRC said it best: “I hated you at first. But I guess I just lived in a bubble. But now I ask myself, how could I not see. I’m not talking about Hunsi, I guess I am really talking about everything that has been going on. I pretended it wasn’t happening, but I knew.” These words sum up the sentiment that white America seems to be struggling with since seeing the type of racism that our current government has enabled.

For this reason, I think this film has made a timely arrival and should be shared amongst those who wonder just why Black people are so hell-bent on talking about race. As The Forgiven proves, we as a nation must face that raw open nerve, embrace the rage, hate, and pain before we can begin healing. Even the worst offender needs that absolution before he can go meet his maker.

The great acting and views from a handful of perspectives save a film that is often in danger of dragging to a halt. The message is one that Americans need right now and the ending is just…well, all I can say is don’t forget those tissues.