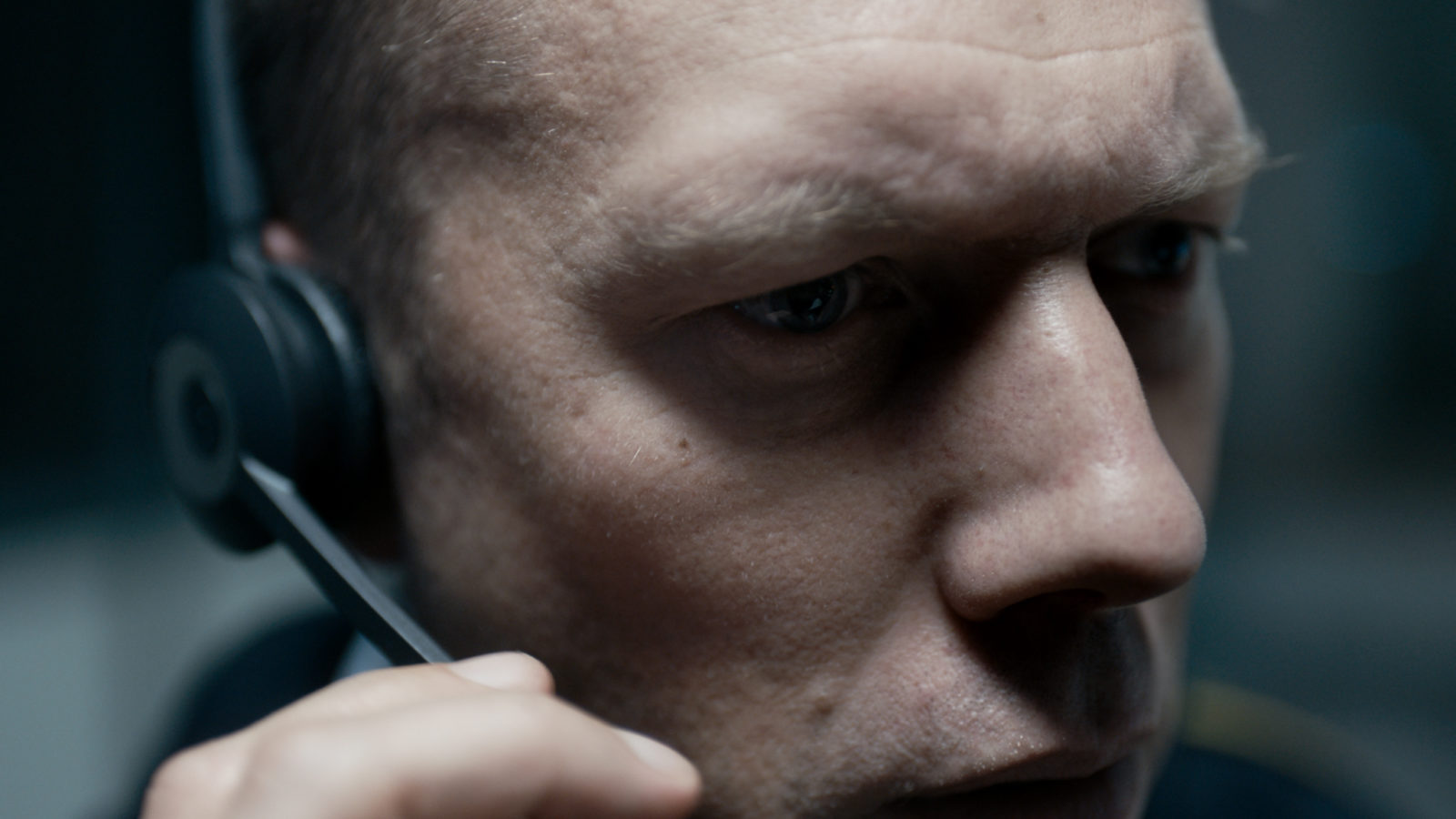 Filmmaker Gustav Möller stuns us with his first feature — the Danish film The Guilty (Den skyldige) is a jaw-dropping chamber piece about an emergency dispatcher who receives an incoming call that forces him into a precarious situation that spirals way beyond his control.

The setting for this story is inside of an empty and sterile police department which is the only location for the narrative. The Guilty could easily be adapted into a theatrical play or scripted podcast. The sound effects — which for a scripted podcast would be perfect — are incredibly impressive and reminds me of what John Krasinski did in A Quiet Place. The creative use of silence as a tool to bring chills down your spine is so effective. Möller does the same here, and also uses extreme close-up shots of the lead protagonist Asger Holm (Jakob Cedergren) as a device to illustrate fear, tension, and uncertainty of what is happening on the other end of the line.

In the opening of The Guilty, Asger is obviously jaded by the monotony of his job as an emergency dispatcher and the lines embossed on his forehead along with the dark circles under his eyes give a hint of how long Asger has been on the job.  He looks a bit hopeless, yet he’s still committed to the work. However, he’s in for a stressful and wild experience when an inbound call from Iben (Jessica Dinnage), whom we never see on camera, places a terrifying call in need of help.  Her estranged husband Michael (Johan Olsen) has kidnapped her and she’s filled with agony over her two small children who were left behind in the house all alone. 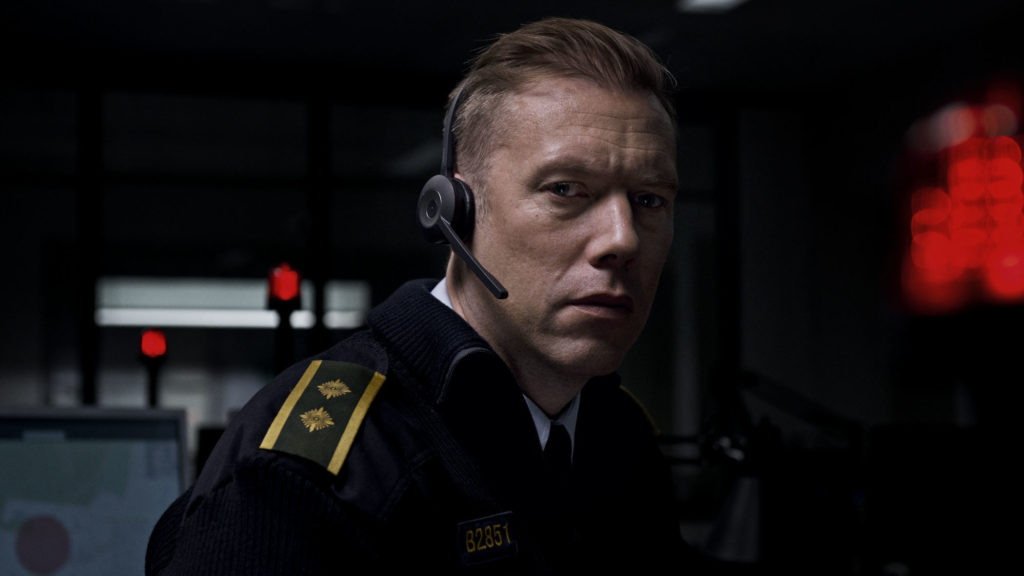 Iben’s raspy voice sounds like she’s under some serious duress, and she communicates as best as she can on her whereabouts without her husband figuring out whom she’s talking to.  Asger comes up with the idea to tell Iben to speak to him as if she is speaking to someone she knows, keeping it under wraps as much as possible that the voice on the other end is law enforcement. Sadly, it doesn’t last and when Iben’s cover is blown the call abruptly ends.

Asger sends a dispatch to the home, he was able to stay on the call long enough to get a location and when the officer arrives, there is blood found on Mathilda (Katinka Evers-Jahnsen), one of Iben’s children.  She also has an infant son named Oliver. 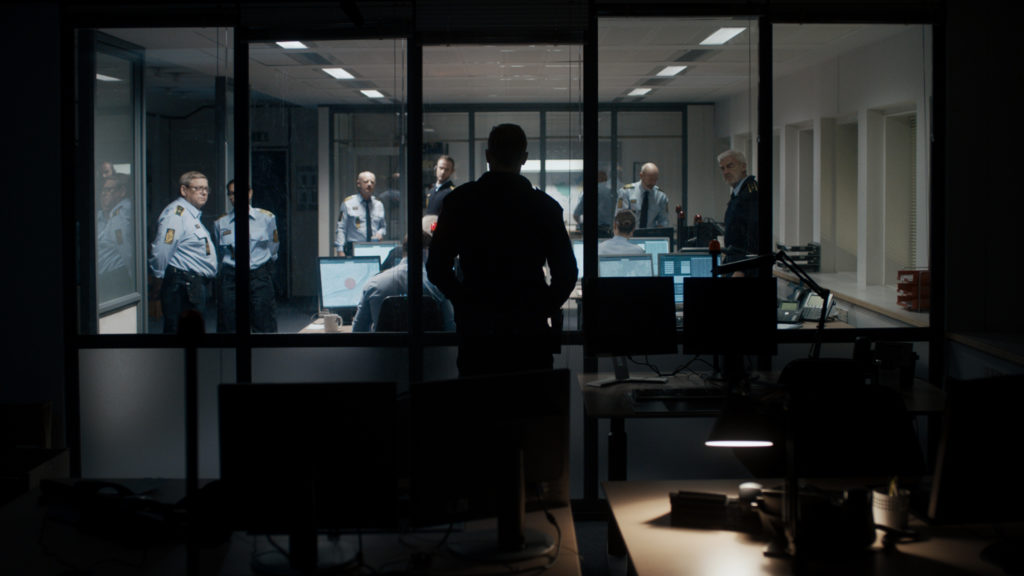 Without getting into spoilery territory here, a shocking revelation occurs when the officer finds what is in the home. The story of The Guilty continues in this intense exchange between Iben, Michael, Mathilda and fellow colleagues of the Scandinavian police department. Asger becomes so enraptured with this call, he takes some liberties of his own — questionable ones at that — in order to save Iben on this distressed call.

What is remarkable about this story, is how it evolves with respect to the character development we see happening in Asger. It leaves the viewer to question whether his motives were of a man seeking redemption — as opposed to an employee simply performing the mundane duties of his position.

What Möller does here, is that he intentionally gives little significance to every primary, secondary and tertiary character in this story. There is barely any screen time (that we see of them on-camera) with these supporting characters because our focus is on Asger Holm, and that’s what makes this role for Jakob Cedergren so significant. 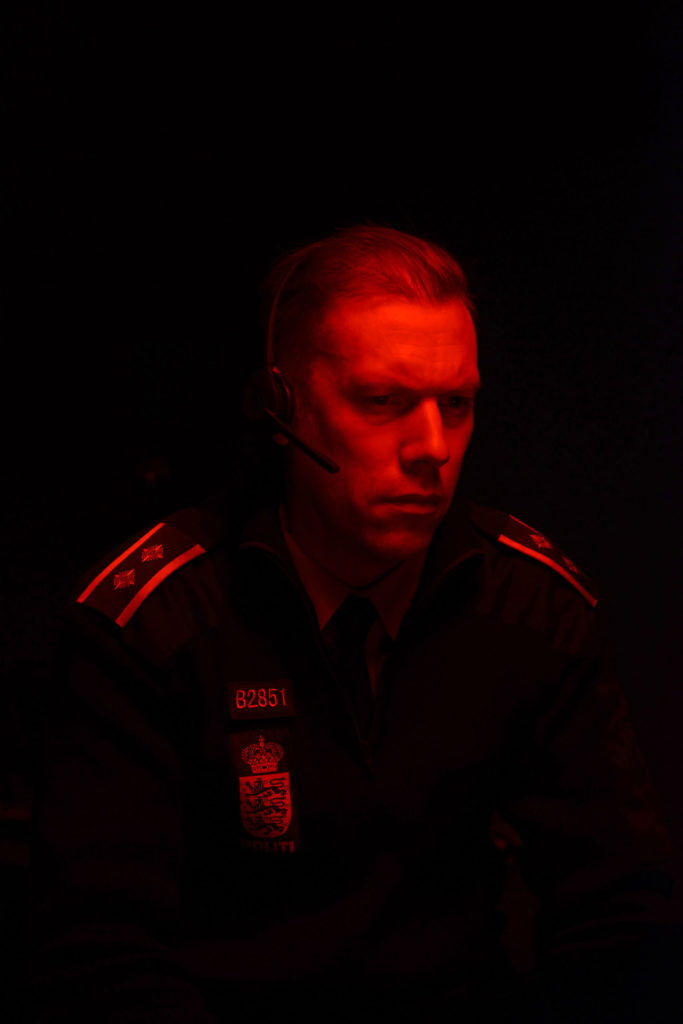 Jakob Cedergren’s performance is the reason why this film is so compelling.  The physicality of his facial expressions under so much pressure and the beads of sweat emanating from his pores are like a supporting character of their own. His face alone tells the story of what is happening on the other end of the phone and it is incredibly impactful and papable to the viewer. It is because of Asger that you care about what is happening on the call. Of course, there is the horror of knowing a woman with young children was kidnapped, and that blood was found in their home — yet it is how Asger reacts to the situation — the reason why we hang on to the edge of our seats in this thriller. The Guilty presents us with a series of twists and turns, but its ending will completely blow your mind.

The Guilty made its debut this year at Sundance and earned distribution from Magnolia Pictures. The film will premiere in theaters October 19th.