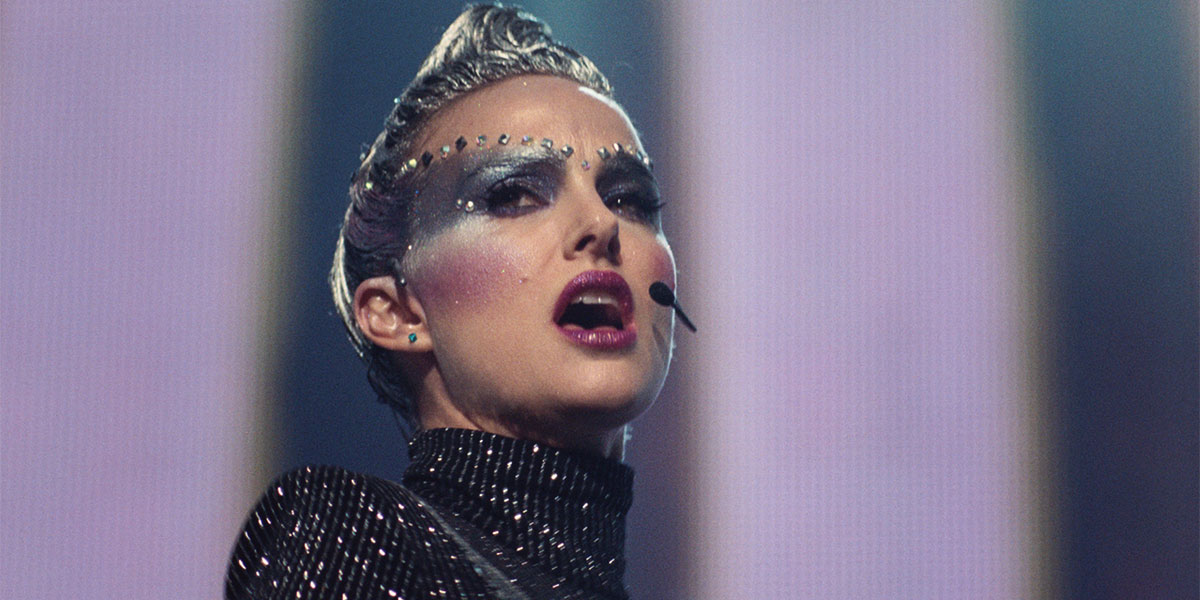 Movie musicals have had a stellar year in 2018. From Disney classics like Mary Poppins Returns, rom-coms such as Been So Long and pop star biopics like Bohemian Rhapsody — give fans a reason to explore and appreciate the genre.

Then there are the fictional pop star biopics like A Star Is Born — which is one of the most talked films this year — most likely to take away several awards nominations.  Competing for this space is another fictional work about a pop star who scuffles with the challenges of stardom in the Brady Corbet film Vox Lux.

Vox Lux dives into a deeper and darker downward spiral of just how nasty notoriety can get. And although A Star Is Born shares some parallels about the cult of celebrity, Vox Lux takes a melancholic turn that deeply resonates with the viewer. 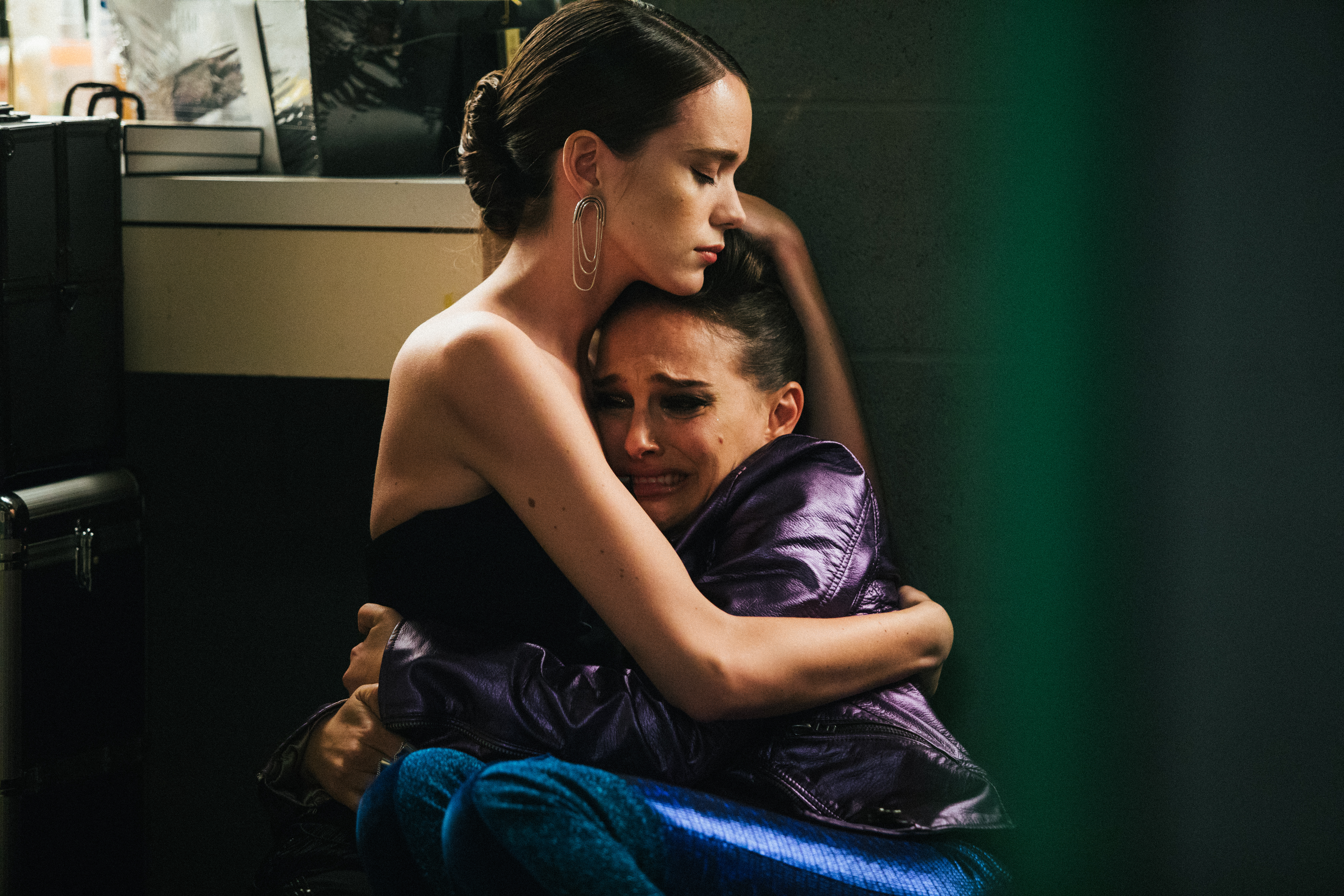 Our lead protagonist Celeste, is drowning in the pool of fame and struggles to come up for air.  Writer/Director Brady Corbet beautifully provides exposition in the voice of Willem Dafoe (the narrator) about Celeste’s modus operandi. Her character development illustrates what led to the many decisions (both good and bad) that caused her to deeply suffer. Celeste works tirelessly to hold it together.

A teenage Celeste (Raffey Cassidy) in 1999, suffered from a violent disaster that changed the course of her life forever. The tragedy built an impenetrable connection between Celeste and her sister Eleanor (Stacy Martin). Both sisters are God-loving girls who sing praises of worship in their local church. After Celeste undergoes a short period of rehabilitation, she musters up the courage to sing publicly again.

After singing at a memorial service, Celeste’s angelic vocals catches the attention of the nation. She then transforms into a burgeoning pop star.

The film’s opening dolorous score sets the tone for the aftermath of Celeste’s recent tragedy along with breaks of Willem Dafoe’s somber narration. 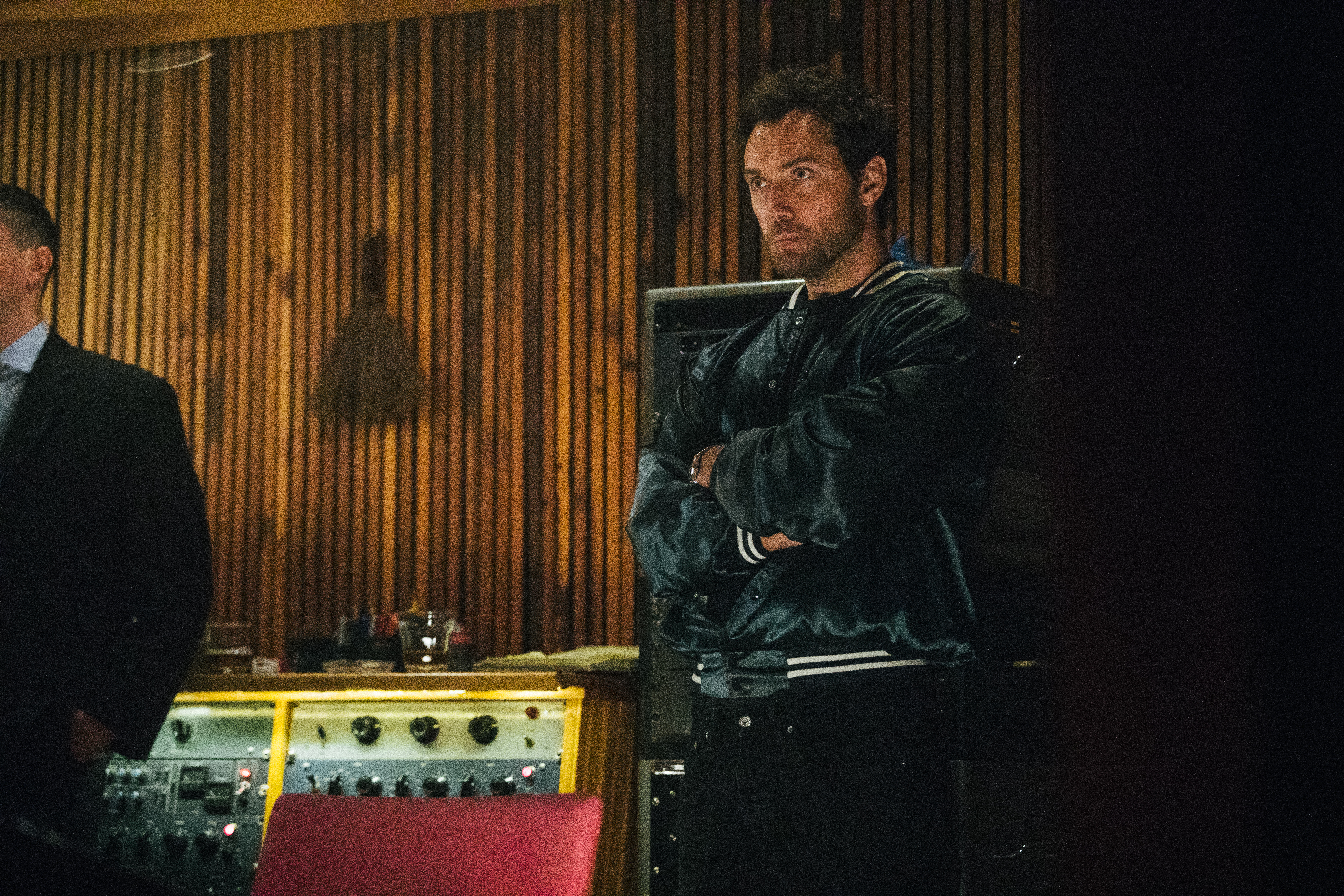 Actor Jude Law delivers an uncanny New England accent as Celeste and Eleanor’s talent manager, who’s a bit of schmuck. His misanthropic and crass nature makes it hard to believe the church-going sisters would even hire such a man. Celeste even asks him to tone down the swearing. He refers to a publicist (Jennifer Ehle) as a “bitch” and even says flippant remarks like, “these salespeople couldn’t sell a life jacket to Natalie Wood”.

However, we learn a bit later more about the subtext here with the sisters bringing on a talent manager like this. The sacrifice Celeste made and her ill-fated decision, causes her to abandon her ethical and religious beliefs.

Celeste now worships a new kind of deity — herself — and the consequences of self-absorbed stardom, cut out what is left of her childhood innocence. In 2017, the 31-year-old Celeste (Natalie Portman) is now at “Lady Gaga-level” of stardom.

And her sister Eleanor has taken a back seat to songwriting. 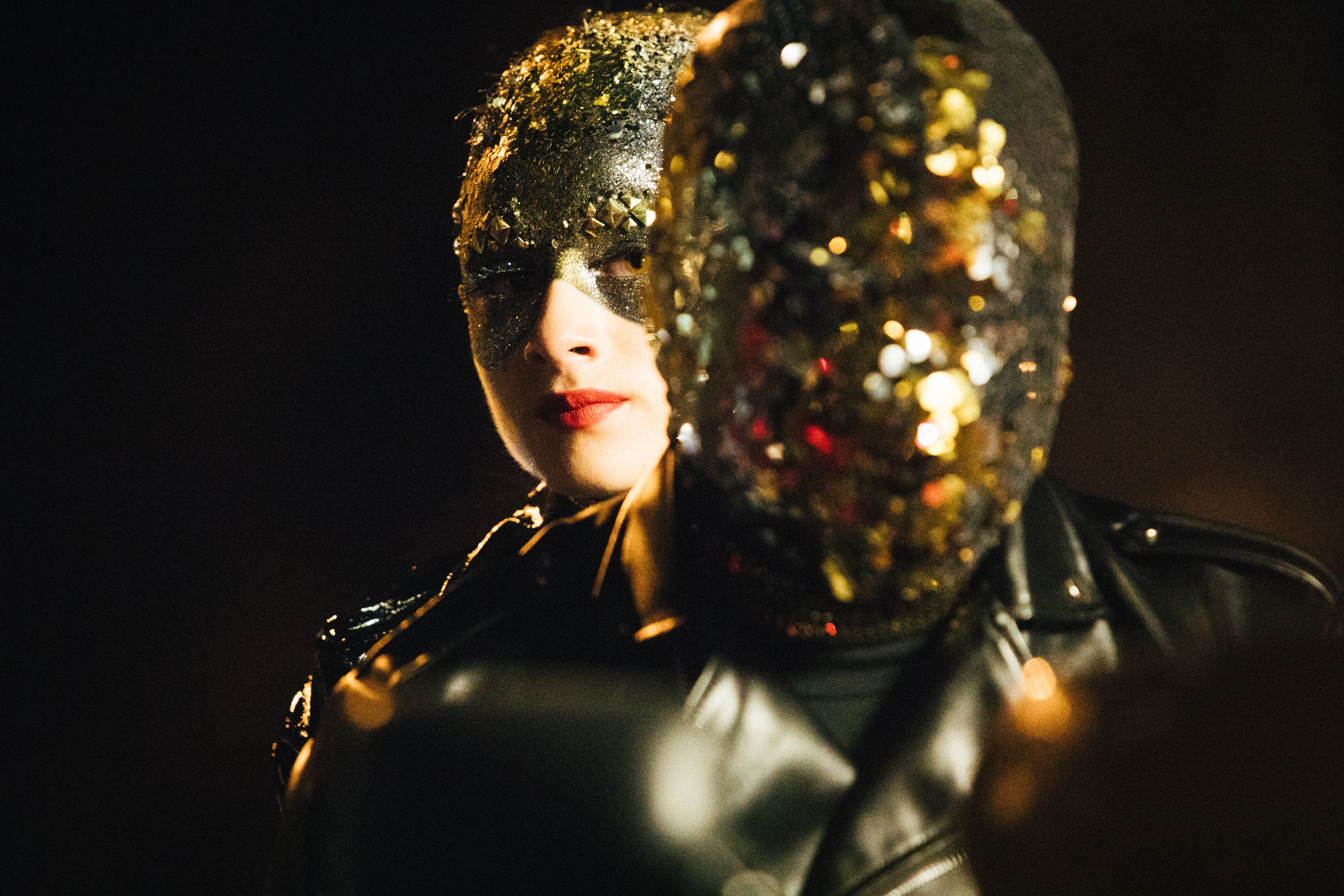 To complicate matters even more, Celeste has a tempestuous relationship with her teenage daughter Albertine (also played by Raffey Cassidy). Their interactions creates a toxic environment for both Albertine and Celeste.

The story of Vox Lux comes with a seal of authenticity and you can tell that the creators of the narrative knew exactly what they were telling. The film’s executive producers are Natalie Portman, Jude Law, and pop star sensation Sia. Many of the songs written originally for the film were executed by Sia. Additionally, Natalie Portman gives a spellbinding performance singing a provocative power ballad by Sia at the end of the film. The movie’s original songs are by Sia and an original score by Scott Walker.

Don’t expect to experience Celeste belt out Sia-penned songs throughout the story like what Lady Gaga did for A Star Is Born. Vox Lux laments a tragic story about the loss of innocence, grief, and the absence of love.  Celeste becomes a victim of her own creation — experiencing the consequences of character assassinations fraught with scandals. Her sister Eleanor spends more time with Albertine than Celeste due to her demanding career — and it fractures her soul.

Celeste is a heartbreaking character, and because of her unfortunate circumstances, she develops into a completely different person.  She becomes a shell of her former self and even celebrity can’t undo the calamity she’s endured in her life.

There is much more to the glitz and glamour of being a superstar.