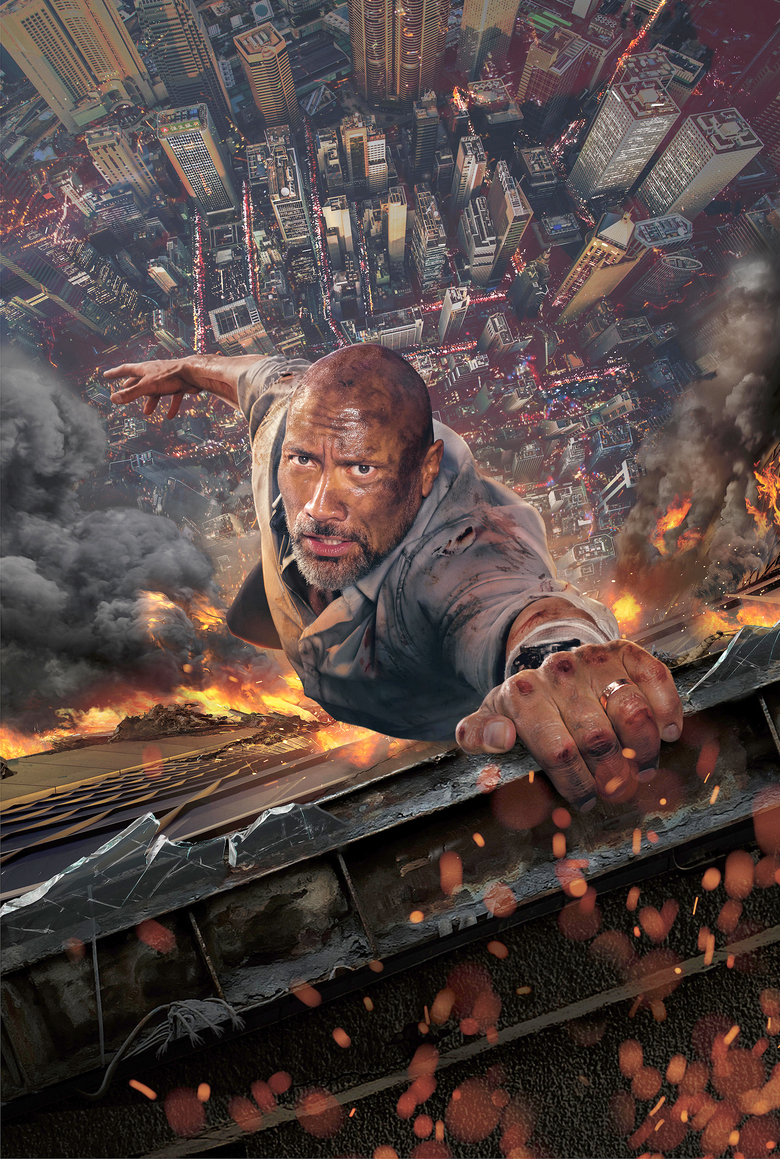 Do you remember the catastrophic rescue films of the 80s and 90s? Backdraft, Die Hard, Speed, and so many others featured a lone hero working to save his family or a large group of people from certain death at the hands of nature, technical malfunction, or terrorist. He must work to outsmart the bad guys while also working against the clock. That’s because the catastrophe is dire and going to happen after a certain period of time runs out. These films are always set in an urban landscape and they always have an evil rich guy somewhere making bad decisions that hinder the rescue even more. Skyscraper is that type of film. 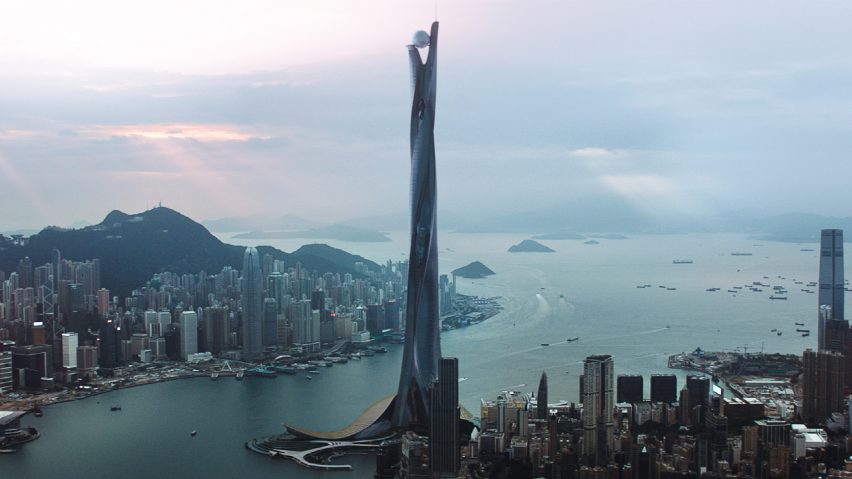 It is the latest addition to a longstanding genre. Dwayne Johnson plays Will Sawyer, a former SWAT officer who is now a professional building inspector. Of course, the building is the highest skyscraper that has ever been built. It is supposed to be three times the size of the tallest building in the world that’s in Dubai. Of course, the building is fully automated. That just means there are no easy manual fixes when the disaster strikes. Of course, the building’s entire system is downloaded onto a tablet that Sawyer is supposed to take offsite to complete his inspection. Is it getting a little predictable yet? Can you tell what’s going to happen? What if I told you that Sawyer brought his family to stay with him while he does the inspection? Changes nothing, right?

Right, because the catastrophe rescue film always has the same elements. It’s so familiar that a sense of déjà vu swept over me as I watched the opening scenes of the film. Sure, the characters are different, but the setup is something I had seen before—several times over. I pretty much predicted the plot and the ending scenario. Not going to give you spoilers here. I will say that after a short Google search after the movie, I found a movie with a pretty damn close premise that premiered in 1974. The Towering Inferno featured several big names—Faye Dunaway, Fred Astaire, Paul Newman, Richard Chamberlain, and more. That film was much lower tech of course, but the similarities are hard to deny.

But formulaic films are not a new thing. In fact, formulas are found in all streams of media. The formula does not keep audiences from spending money on theater tickets, though. That’s why the film must be entertaining. And this one tries very hard. Scream queen Neve Campbell plays Will’s wife, breaking one element of this formula—that of the damsel in distress. Campbell is never that. She plays a military vet and nurse who can hold her own and does. Her scenes are a fresh take on this staid film. Even the prosthetic on Johnson’s leg during the stunts seems to be a little too much to swallow. It never seemed to be a part of the character, but a prop that got in Johnson’s way and much too often.

There’s tons of action to keep audiences riveted, as they watch Will stupidly hand the building over to thugs who cause a fire despite learning that a family is in the building. “It will take care of itself,” is the explanation for leaving them. We are supposed to see these villains as Killmonger-level intense at this point. These guys just come off as being too lazy to care. They are only after the owner of the building who is locked away at the top of the building and won’t come out—hence the fire. So, the greedy rich guy is the cause of the fire and eventually makes a stupid decision that puts the hostages—Will’s family in deeper danger. Again, we all seen it coming.

The action and the technological advances in the building are more than enough to keep people awake in their seats during Skyscraper. Johnson, despite his problems with the prosthetic (they really should have gotten an amputee to act the part), does bring his signature charm and light comedy to the role, making the experience not unpleasant.

Skyscraper is another addition to the catastrophe film genre that has a few pleasing moments that some of the audience members will enjoy. Seeing Campbell kick ass again is one of those pleasantries. The rest follows the formula so well that the ending is set up in the first 30 minutes of the film. Although it was entertaining at times, Skyscraper is not a film that one should go see if there are better options available. The feeling of déjà vu is just too unshakeable. We know this film. We’ve seen it before and most of us are not impressed.

Skyscraper is in theaters now.

Free ‘Fighting with My Family’ Advanced Screening in Chicago