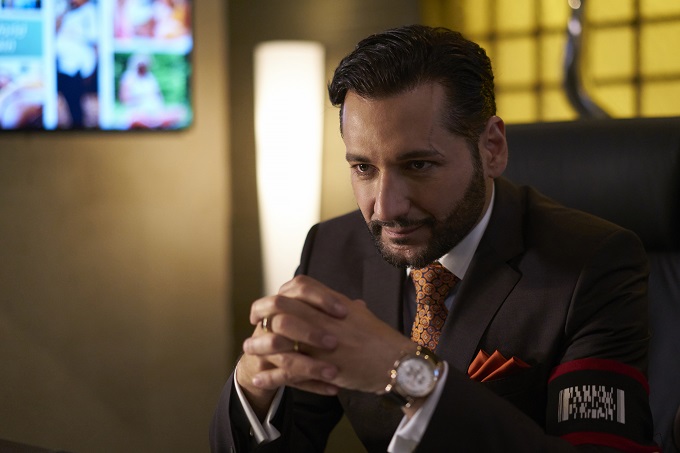 Cas Anvar, known for his role as the lovable Alex Kamal on SyFy’s The Expanse has had a busy summer. Prior to filming the next season of the space opera that has won over sci-fi fans everywhere, Anvar spent part of this year playing a not so lovable character on the FX hit, The Strain. The series was created by Guillermo del Toro and Chuck Hogan and visits a world stricken with an evil strain of vampirism. Anvar’s character Sanjay Dasai was introduced last season as a vampire collaborator and serves as one of the main antagonists in the fourth and final season of the sci-fi horror drama.  Anvar’s standout episode titled “New Horizons”  airs this Sunday, August 6th at 10 PM. We had a chance to speak with him about his villainous role on The Strain as well as what to expect on the third season of The Expanse.

It’s been a pretty busy summer for you. Between filming The Expanse and The Strain, did you have any time to relax?

Cas: (Laughs) I had a couple of months off. I didn’t really relax. I did about six different trips in eight weeks to different comic cons around the world. So, that was fun.

Wow, that’s neat. Where did you go?

Cas: Traveled to China, to the Philippines, to Canada and different parts of the US. So, it was fun.

In The Expanse, Alex is working hard to save humanity while in The Strain, Sanjay has sided with the vampires. Is it difficult to navigate these two very different characters? 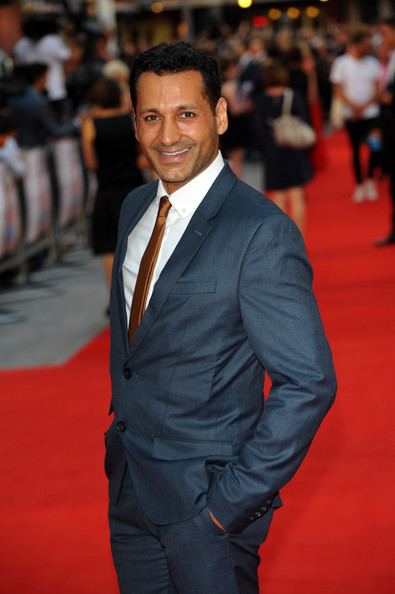 Do you have a preference when it comes to playing heroes or villains?

Cas: Yeah, definitely. In Season 4 you’ll get to learn a whole lot more about Sanjay. Sanjay gets put through the ringer in Season 3, and he gets caught in that explosion at the end there. And then in Season 4 when he comes back, he’s been injured, and he was almost killed. So, his existence is much more fragile. You get to find out what really drives him and what motivates him and what has made him choose to collaborate with the vampires. The writers told me they based him on some real-life collaborators from World War II who helped betray their people by assisting the Nazis by helping to set up concentration camps. When these people were confronted forty years later, the journalist that interviewed them asked, “How do you feel about knowing what you did?” They [the collaborators] refused to acknowledge having done anything wrong. You could just see that they were just in denial and that they somehow managed to rationalize it to themselves, that they were doing good. It was fascinating; it was a fascinating character study, and Sanjay is based on characters like that. It’s an interesting role to play. Somebody who’s been doing something so absolutely heinous and does not see himself as a villain.

I was going to ask does he feel any guilt for his role in everything, but…

Cas: I don’t think he can afford to. He wouldn’t be able to survive.

Hmm, ok. Well, over at BGN, we’re huge, huge fans of Alex on The Expanse.

Cas: Aww! Thanks, thanks!

How much of yourself do you bring to that role, of Alex?

Cas: Alex and I have a lot in common. Alex is a Mars born, Martian fighter pilot of Pakistani/East Indian descent. So, he’s like a season of cultures doing something that no one would expect him to be doing from a different planet. I’m a Canadian born actor who was supposed to be a scientist that’s got Labanese/Persian/Indian background, living in Los Angeles. It’s a very similar kind of formula. Both of us are quiet, and both of us are kind of introverted and reserved, and we both like to sit back and watch. We don’t live our lives in this high-stress mode. Whereas some of the Roci crew and other members of the show – they’re so intense. They’re constantly on a mission, and they’re constantly trying to either make up for something that they did or resolve the problems of the universe. Alex just wants to make some lasagna, get the gang together and just chill out and bond. He’s a really kind of chill guy, and I’m going to say that I identify with that, you know? I’m not into this kind of crazy, high-intensity stress. I like things to be simple and easy going and I like to laugh.

That’s awesome. Speaking of the Rocinante crew, you started filming July 12, 2017. How does it feel to be reunited with the crew of the Roci?

Cas: Yeah! We’re so excited! We were so excited to get back together. I mean every year that we got picked up was like a huge celebration. I was actually shooting The Strain in March on my birthday when I got the news.

Cas: I was in Toronto, shooting The Strain at 9 and 10 in the evening – exhausted doing a brutal, exhausting scene, and I look at my phone and check my email. Lo and behold, there’s an email from our showrunner saying that we got picked up and that was like the best birthday present ever.

That’s great because that’s [The Expanse] the best show ever! Anyway, that’s awesome. You seem to do a lot of work in sci-fi (Lost, and of course The Expanse and The Strain).  Are you drawn to the genre? And if so, why do you think that is?

Cas: Well, I mean, unfortunately in this business we don’t very often get to choose the genre and the show that we do. We basically take what we, what we get. It’s not until a certain point in your career, like later on that you’re actually able to kind of dictate through your agent that that one movie has The Role. But that doesn’t happen until later on in your career. But that being said, I’ve been fortunate enough to be able to play a lot of science fiction/fantasy/superhero kind of genre films and television shows because I happen to be a huge geek, a gamer, and a science fiction lover. So, I’ve basically gotten what I would have wanted; I’ve gotten to play the roles of a show that I would have wanted to be in. I kind of want to do, or I see myself as having a career like the Middle Eastern Hugh Jackman. Or a Middle Eastern Liam Neeson where I can go from comic books to classics. You know? Like Superheroes to heavy drama. That would be – that’s kind of what my wheelhouse is. I love action sci-fi drama, but I’ll do a little movie like Room, or a  movie like Argo, every year or two and then I’ll do a few episodes of some sci-fi and fantasy. I love going from one extreme to the other.

Cas: … in which I get to play Ra’s al Ghul; a role I’ve always wanted to play, the one (Ra’s al Ghul) that was made famous by Liam Neeson. It’s an animated feature with Batman and the Turtles versus Shredder and Ra’s al Ghul.

That sounds awesome. I just have a few more questions. What can fans of The Expanse expect next season? I know you can’t give us any spoilers of course, but what can you share with us?

Cas: Season 1 was all about building the world of The Expanse, exposing the audience to Mars, Earth, and The Belt. Setting up that whole universe. Season 2 was all about the characters, all about showing you who these people are and what side they fall on. Where their alliances and loyalties are. Season Three is going to test everyone’s resolve and it’s going to go one notch higher. They are going to introduce something into the mix that makes us all look at this whole Earth/Mars and the Belt thing and literally say, “What the hell are you guys fighting for? There are bigger fish to fry.” Umm, and so, it’s going to get to see the people put in a situation where their resolve is tested far beyond their alliances and nationalities. And if you’re fans of the evolving protomolecule mystery, you’re going to get to see a lot more about what was the purpose of the protomolecule. What is it there for? What is its purpose? You’re going to get a lot more of that mystery.

It sounds great! I can’t wait. Here’s one last question for you: What shows are you watching and what books are you reading?

Cas: Right now, I got (I haven’t even cracked it open yet) a Stephen King novel. I like science fiction and I like fantasy; I’m a fan of those genres. I love mind benders and thrillers and mysteries like Dan Brown’s Da Vinci Code and Angel and Demons types of books – I love to read. The shows I’m watching right now probably follow the same genre. I’m a little more broad [in terms of genres]. I like Stranger Things; I like The Night Of; I like all the Marvel things. I wasn’t a big fan of Iron Fist but I love The Daredevil and I’m looking forward to The Punisher and Luke Cage and The Defenders. I’m a huge Breaking Bad fan and I think I’ll re-watch that series again because that’s probably my favorite tv show of all time…

Yeah, that’s a really good one.

Cas: …And The 100, I just finished the latest season of The 100 which I really find quite compelling. I love the Lord of the Flies aspect of that show. That’s kind of where I’m at right now.

Thank you so much for taking time out of your morning to talk to me and have a wonderful day.

The Strain airs Sundays at 10PM on The FX. The Expanse returns for its third season in 2018. 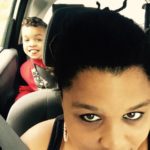