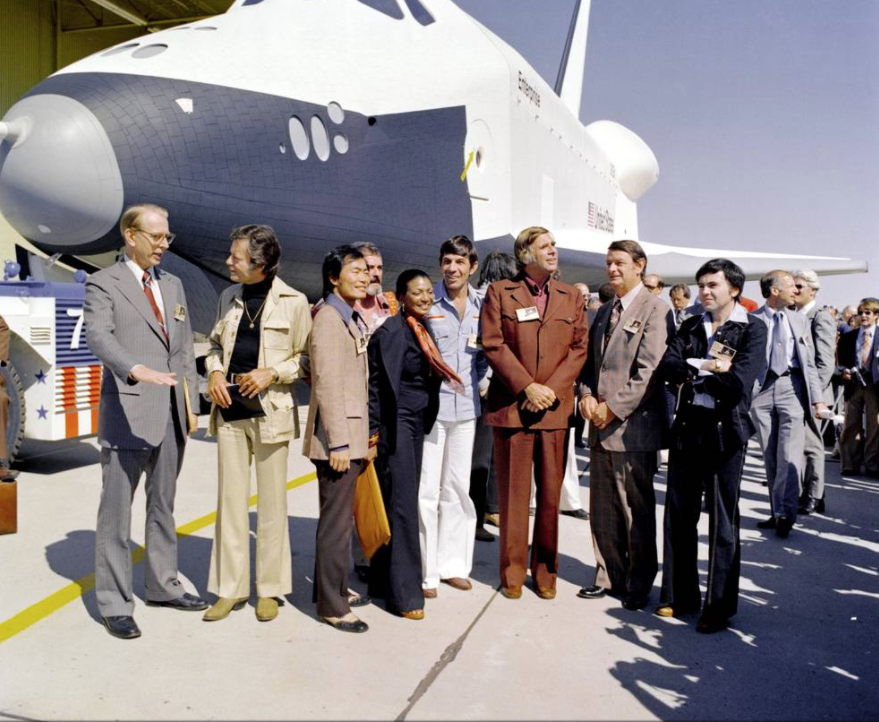 A couple of weeks ago was the centennial birthday celebration of Gene Roddenberry, the visionary, futurist creator of Star Trek. BGN talked to his son, Gene “Rod” Roddenberry.

To be honest, I was underwhelmed by the celebration. There were a few mentions, NASA held a panel, and Paramount provided some social media postings, but I really yearned for more. If you’ve read the first part of our interview with Rod Roddenberry, you got a view into Gene Roddenberry the man. His desire for diversity and inclusion was more than just a gimmick to get Nielsen ratings (presocial media television ranking). In this, the second part of our virtual interview, we explore how Gene’s legacy is being honored and expanded through the work of the Roddenberry Foundation.

Several years ago, the Foundation switched focus away from purely scientific endeavors. What spawned the shift in part to the support of voting rights, registration, education, and outreach?

Star Trek is about inclusivity. One of the platforms that I believe our former president ran on was to exclude people and make an “us and them” in many aspects of our civilization and world. That is the antithesis of Star Trek. And so we felt [it] important, for the time being and as long as was necessary, to start a number of programs that work in social justice areas and to recognize the people out there who may be making global change and who are [activists] in their community — pillars in their area — trying to make significant change for those out there who are seeing the worst of this — change that can be replicated. I‘ve got to give a tremendous credit to our COO, CEO, and team for helping us take the Foundation in a different direction that I hope on some small level has made a difference in some people‘s lives.

Has the social damage of exclusion changed, affected, or influenced any goals of the Foundation?

Certainly, for the entertainment side of things. It definitely caused a shift. We have a program called the Fellowship program. Fifteen to twenty individuals [participate] from all around. Right now, it’s been the United States just because it’s been about social justice in the United States. [Program participants] come together twice a year, and we have a number of programs and a retreat where everyone can learn and share their stories. Obviously that hasn’t happened [because of COVID]. We’ve been able to pivot, and that is in great credit to the team that we have. We’ve been able to do exactly what we’ve been doing, but like everyone else, we switched to Zoom. It has affected us, but we have pivoted and it’s been no problem.

The original series was considered groundbreaking due in no small part to the diversity of its cast. Can you discuss how Discovery, Lower Decks, and Picard continue to push the idea of diversity forward?

It has been quite some time since 2005 when Enterprise ended. That was the old regime. I mean, I hate to call it old, but there was even the older one before that. They were working with a different set of rules back then. They still had censors; they still had [a] studio and network executives. They still had an audience that they thought they shouldn’t offend or insult.

You know my father was asked, “Why aren’t there any gay people in Star Trek?” Star Trek was always great at pushing the envelope to a degree and bringing up social issues. And at the time (I used to think it was sort of a cop-out, but then I saw the beauty in his response) my father said, “What do you mean? There are plenty of gay characters on Star Trek. It’s just in the future.” There, being gay is not a thing. The stereotype of wearing a rainbow flag and skipping down the hallway or whatever stereotype you want to assign it — it’s a nonissue. No one cares that people love each other unconditionally regardless of who they’re romantically involved with. It was a cop-out answer but so beautiful that we should be aspiring to a future where, guess what? There is no issue, there is no gay issue, there is no race issue because it doesn’t matter. And I truly love that.

As far as what the new shows are doing, I’m thrilled that they’re doing what they’re doing, especially with the gay and the transgender categories. You can’t keep going the way that Next Generation and Deep Space Nine did. You have to talk about these things. Sure, it’s nice to paint that picture of, it’s not an issue. But we need this discussion in society. It’s been around for a long time, but since the original series, we haven’t solved it. I don’t know if we’ve gone backwards or not, but we sure as hell haven’t solved [it]. It needs to be part of this discussion. I don’t hate to say it, I love to say: it needs to be in our face. I know some people [who say], “I don’t want to be bombarded with this. I’m not racist, I’m not against gays, but I don’t want to know it.” [It] needs to be part of discussion, [and] it needs to be in our face until we start getting our act together.

Technology plays a huge role in the franchise. What efforts has the Foundation supported that advanced diversity and technological innovation related to space exploration?

I don’t think we’ve done much to amplify diversity in the space arena. I can tell you that I just [had] an awesome Q&A with four people who work with NASA, at NASA, and with NASA JPL [Jet Propulsion Laboratory]: two Black women, one Japanese man, and one Indian woman. We talked about diversity in NASA and in the space industry. It was so impressive to hear them talk about how it is 100 percent instilled and normal for diversity — [NASA’s] not forcing it. It’s just, we need to represent the world we’re talking about: American space. This is not even human space yet, but this is space, and it should be humans who go up there. Who better to represent us [than] people from all around our nation of all ethnicities? It was just so great to hear them say this because I could see [that] this is the beginning of the Federation. This is Starfleet, as cheesy as that might sound. It’ll be great for them to look back at NASA and say, “When they made the decision to do this, that’s what moved us forward.”

Forward indeed. The Roddenberry Foundation is definitely looking to be a catalyst for change. The Foundation approaches this mission not with huge loans or grants to large organizations, but it supports real community activism. Hopefully over time, more people will move toward the vision of common purpose and inclusion, and Roddenberry’s dream of the Foundation can start with us.