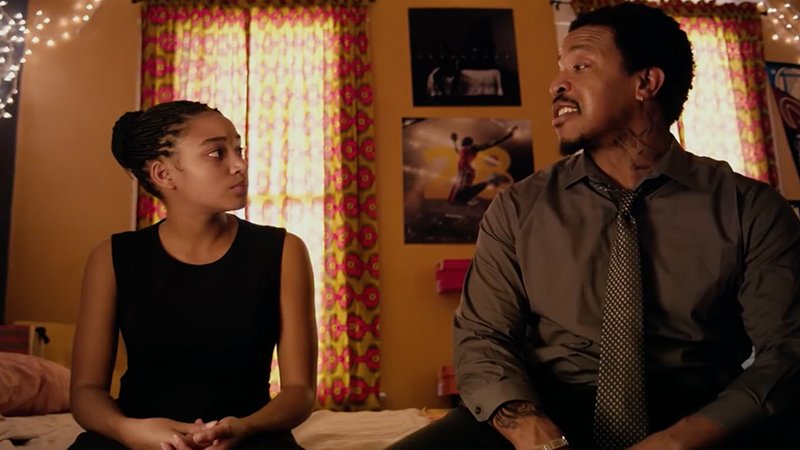 Russell Hornsby is best known by the blerd community as Hank, from the 2011 NBC show Grimm. Others may recognize him from his powerful performance as Isaiah, the grieving father in the Netflix show Seven Seconds (2018). His current role in The Hate U Give, however, as Maverick (Mav) the patriarch of the Carter family is a powerful look at a type of dad we don’t often get to see onscreen.

Hornsby sat down with BGN to talk about these fathers, their struggles, and the possibility of seeing more of them in films and on the small screen. He’s very passionate about the topic, which made our conversation seem more like an old-school rap session on the state of the Black dad and the Black family in American cinema today.

The fact of the matter is, that these dads [like Mav] do exist. We all know that. But, the light has not been shined on them. That was one of the main reasons why I took this project. It’s because, and I had to applaud Angie [Angie Thomas author of The Hate U Give], she included manhood, real manhood, and diverse manhood. Look at Carlos [played by Common], look at King [played by Anthony Mackie], look at Mav.

[Angie] didn’t run away from that. In this climate, in this time, she could have easily written just Starr [Amandla Stenberg] and her mother’s relationship. Everybody would have been cool with that. “Oh women, look how strong women are,” everything like that. But she said “no, I’m going to honor the men who honored me. I’m going to honor the men who raised me, my uncles, and grandfathers who raised me.” It wouldn’t be right, it wouldn’t be just, because there are men out there and Angie realized that.

So, this is an ode to those men, to those fathers, who are unsung, who have a record, or who had a hiccup with the justice system, but they love their families. What I would say about Maverick is, he is angry. He is frustrated. But, I think through his incarceration he’s been tenderized, and [also] through his relationship [with wife Lisa, played by Regina Hall]. 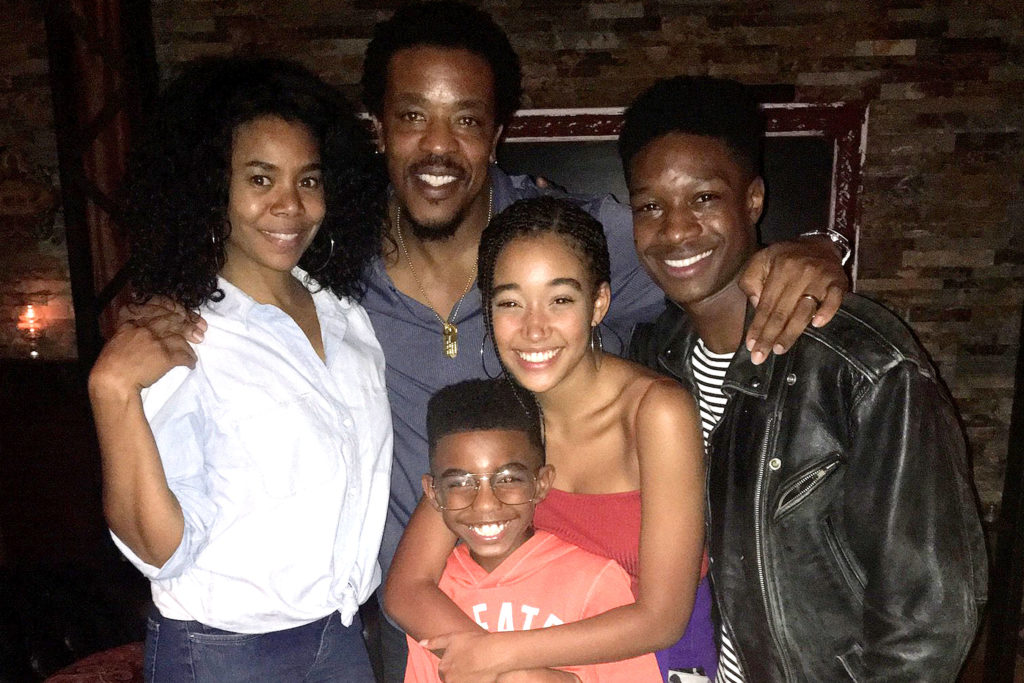 This is the other thing. His relationship with his wife. Yeah, let’s not overlook that. Let’s not overlook Lisa and what she went through but also stuck by her man. [The Hate U Give] is about the man wanting respect, but the women wanting and needing the love.

On the Pressures of Money on the Family

I think it’s because they don’t have a lot of money, that there is more love in a manner of speaking. Because they have to rely on each other, that they have to really do it together. They really gotta sit down and balance this money. “Let’s see where it’s going. Let’s figure it out.” Because of that, [Mav and Lisa] are closer…but when you have that money, it tenses you. It’s not that you don’t love each other. It’s that you’re focusing on making more because you gotta pay for it. “I gotta go baby. I gotta go baby. I’ll be back. Did you pay the thing?”

On Seeing More “Mav Dads” Onscreen in the Future

…So, I feel like — especially as audiences and as artists and as audience members — we have to really take what we see [in Mav] and honor that. Then take our time as we move down to try to find what’s next. That’s just my hope because I want it to be a quality. I want every time to be that people can again appreciate the same way they did The Hate U Give — if it’s on a TV show or a mini-series or movie whatever.

That’s what I want. I’m not in a rush necessarily to see more Mavs or more types of Mavs. I just want the next opportunity, whatever that may be, to be one of quality and the story done well. It would be unfair of us to just be stereotyped the other way. We’ve been through that. 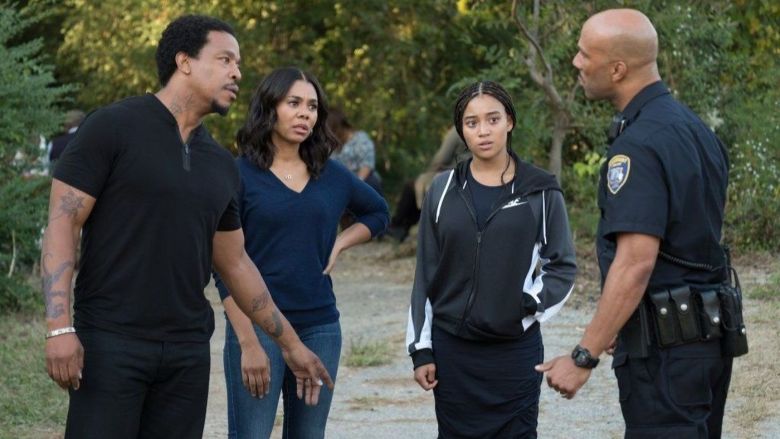 Let’s take this [film] and let’s exalt it, and let’s marinate in that for a while. Then wait and be patient for what’s next. There are other stories to tell. They should be told, but they should be done and told well. As long as we do that, I think there’s something we can gain from another story or another type of movie or whatever like that.

On The Hate U Give and the “Hood Movie” Status

When they start rushing [the duplicate movies] out they’re going try to do another one. It was just like in the 90’s when all the Boyz in the Hood movies came. There’s one “Boyz,” one “Men,” after that it was like copies. Then it was Don’t be a Menace to South Central While Drinking Your Juice in the Hood. [That film] is fine, but they were saying basically it was a parody because they’re saying there’s too many.

Hornsby went on to discuss the importance of the love story between Mav and Lisa, the depiction of community in the film, and the look at a real Black family experiences every day. To him, The Hate U Give is like a snapshot of an America that doesn’t often get the spotlight without the filter of tropes and stereotypes.

You can see Hornsby as Mav in The Hate U Give, in theaters everywhere Friday, October 19.