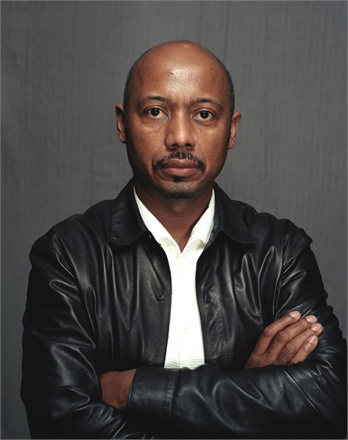 Raoul Peck is the director behind the powerful Oscar-nominated documentary I Am Not Your Negro, coming to select theaters February 3, 2017. Through Baldwin’s works and his unfinished manuscript, Remember This House, Peck gives audiences a contemporary look at race in America from the civil rights movement of Baldwin’s time to now through the lens of the prolific writer. Peck is also the director of Lumumba, Death of a Prophet, Fatal Assistance, and Murder in Pacot. Black Girl Nerds sat down with Peck to talk about his new film, the push for black entertainment and remembering the legacy of James Baldwin.

BGN: You said that during your childhood, Baldwin was one of your favorite writers along with Aimee Cesaire, Richard Wright, Jacques Stephane Alexis, Gabriel Garcia Marquez and Alejo Carpentier. Would you like to do a documentary for them sometime later?

Peck: It’s not the same thing. The important difference with Baldwin was not only was he a rich writer, but he allowed me to understand the way it was, and he allowed me to deconstruct the world I was in, to understand the meaning of a film, the meaning of stories, the meaning of not being on the screen. And when you were on the screen, he taught me how to decipher what I was seeing, what I was looking at. So it’s much more than just being a writer because a writer, you can read a book and finish it and you never need to come back to it. Baldwin is somebody you can come back to, in search of a solution, in search of knowledge and in search of understanding your life or historical situation.

BGN: Since Selma, there’s been a bigger push towards more stories about the black experience, and we’ve had some good things come out of it. Not just in film, but in television and music.

BGN: You said that you had some difficulties finding someone to back your project?

Peck: Yes. If you decide, as in my case, to make a film without any pressure, whether artistically or financially…you have to own the film, you have to be your master. And as soon as you get into certain kind of money or a certain type of partners, they will press you. Not so much in changing the topic or influencing, but you know…when they give you money they want a result as soon as possible. And so I did it to control the process. When I started it, I didn’t know it was going to take ten years. It took ten years because the film was the result of that ten years, and I didn’t stop until I felt it was finished. I could have gone another two years; I could have not. But that’s the situation. So by controlling who were my partners or not, I could control my time, I could control my decisions, I could control the making of the film, which was very important. I was very, very conscious and very careful.

BGN: This brings us to Baldwin’s estate, did they play a larger role outside of offering the resources to make this film?

Peck: Well, that’s the biggest role they could play! What people sometimes don’t realize is that when you go to ask for rights, whoever the right holder is, you ask for a book, or you ask for a chapter or particular object, but you don’t ask for everything. In my case, I asked for everything, which never happened. So they gave me access to that, and it was a contrary situation since now that I had all of that, I was obligated to make a film that was worth it. You invest a lot of….archiving, a lot of writing, a lot of rights. So the responsibility for me is to come up with something that would be unforgettable, that would stay very strong. So that also took a lot of time. I didn’t want to use the first idea that I have and construct some film, which would have been okay, but I didn’t want an okay film.

BGN: Because you wanted to give respect to the author.

BGN: So how did you come across Remember This House? Did they tell you about it straightforward?

Peck: It was a long process of reading, looking through boxes….this takes a lot of time too. You have to go through a lot or correspondence, read everything again. The books I read before, I had to reread them. The ones I didn’t know, I had to discover them. Stuff that went unpublished but existed, screenplays that he wrote…he’s a multifaceted artist.

BGN: That’s probably the biggest draw towards him. He didn’t just write fiction and prose; he did other things.

Peck: Yeah, and his essays are among the best in the country. And again, the important aspect was it was not just about art, it was always about changing this country, it was about making sure we understand this America he knew so well. And that he knew how to deconstruct and he knew how to analyze, and this is the greater part of who he is.

BGN: If he was still alive today, what do you think he will say about where we are?

Peck: That’s the thing. That’s exactly what he says in the film. He wouldn’t change a thing about it. His analysis is that strong because it’s still true. It’s still precise. And what he says about America is exactly what it still is. I don’t even think he would be surprised about somebody like Trump because that is the way he sees the country. This country is capable of doing the worst things with an air of innocence. And that’s one of the peculiar elements here in this country.

BGN: Do you think black artists try to emulate Baldwin in a sense?

Peck: I think most of the people forgot about him. For some time, I would say the last twenty years; some people even put him aside as a minor author. And yes, there is a part of the new generation who are using him, but overall I think he’s not as known today as he should be. He’s a writer at the same level as a Faulkner, that’s the type of writer that he is. People don’t want to recognize that. We want to make sure that he comes back to the schools, the universities, that he becomes an obligation. I can’t understand that as a black person, but even as an American, that you don’t read Baldwin. It’s part of understanding what this country is. Otherwise, you are blinded. So it’s a tribute and an obligation. And that’s what I hope with this film, to make sure that it becomes like this.