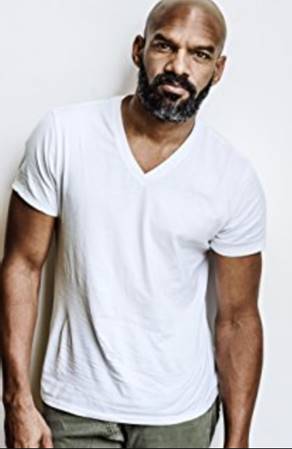 Khary Payton is the voice actor who plays Cyborg in the new Teen Titans Go film, as well as in the television series with the same name.  Many of you may also know his voice from Lionguard and Young Justice. He has also appeared onscreen in the role of Ezekiel on The Walking Dead. There are a few things in this interview that will surprise you about this film and the actor. I got up close and personal with Khary Payton on topics that range from his career, advice for future voice actors, and even about his favorite superpower.

Donnie: Could you tell us a little about Cyborg in the new film, Teen Titans Go! To the Movies?

Khary: Yeah, I have played Cyborg for sixteen years now. He was my first voice-over audition and voice-over job. He is a half robot superhero. Cyborg is the oldest of the group. He is probably nineteen and a half. He is boisterous, lovable, tech-genius of the group. The film is really less about the superpowers and more about how these five characters mesh and all get along. He loves to eat, laugh, and listen to music. He is just so relatable. He is a character that wears his heart on his sleeve.

Donnie: You played Cyborg in the animated series and now you’re are in a full-length film. Can you tell us a little about how that is like? Making the switch from tv to film.

Khary: I started playing Cyborg in the original series in 2003 when it first started for five seasons. We took a break from that and came back with Teen Titans Go!, which is more of a Looney Toons version of the old show. This show is a much sillier version that spends time looking back at the old show, making fun of what was done, and making references to the 80s and 90s. The show is incredibly relevant. It has a lot of heart and it is really just fun for everyone.  It is this aspect of the show that we are transferring to the screen. 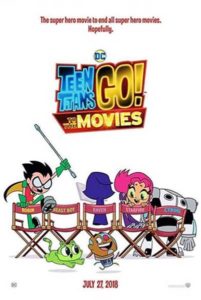 Khary: When we are producing our television show, we are telling an eleven-minute narrative. Now with this film, we are producing a ninety-minute feature. This allows for many changes to occur. We re-wrote the script a grand total of three times. We were focused on flow, the jokes, and making sure we did not have any lag time. We made sure our jokes were poppin’. We were really trying to make sure that every moment had something for everyone.

Donnie: The film is a playful parody of the superhero genre. We see a lot of what Marvel is doing, taking on the stereotype that superhero roles are more dark and serious. Do you think Teen Titans Go! might be dismissed as campy and will not be taken as seriously as other films?

Khary: The film is playful, but we are not playing around. If there is a joke to be told, we are going to say it. We are not shy about it. We actually did get some calls from Warner Bros about three of the jokes we had made. They were asking us politely not to poke fun of these things. We told them that people were laughing, and they loved the jokes. So they let us keep the jokes in. I’m excited for people to laugh. There were some executives that were butt-hurt about the jokes that came at their expense. But we said you have to learn to laugh at yourself. At the end of the day, listening to all the kids, teens, adults just laughing at our jokes allowed us to keep all the jokes in. This just proves you cannot beat a good joke.

Donnie: You voiced a lot of animated characters in your lengthy tenure, what drew you to becoming a voice actor? And do you have advice for our Black Girl Nerds that want to get into the field?

Khary: A job! Haha, I kid, but in reality, I had a knack for it. I was making B-list movies, cereal commercials, and I wanted to get into voice acting for the longest. Getting into this field is very difficult. You can easily get a second job, but only after you get the first job. How do you get the first job? It is really a catch-22. There is really no formula for this. Sometimes you have to knock on a few doors and hope someone answers. I was really lucky that the first job was a perfect fit for me.

Donnie: You said this character was tailor-made for you, do you see any parallels between your character and yourself?

Khary: Absolutely, I am actually pretty loud most of the time, and I am very emotional. Cyborg is the same way. I have ADHD and for a long time, I thought of it as a curse. But I have come around to seeing it as a superpower. It allows me to see the world in a new way. This is similar to Cyborg. When he disliked being a cyborg, he thought it made him less than. It took him a while to realize that this is a gift and not a curse.

Donnie: If you could have any other superpower what power would you have? Why?

Khary: I would love to have the ability to read people’s mind. I get that wrong all the time. I could sleep a lot better if I just knew what everyone wanted. Especially my wife, she would be a lot happier if I could read minds.

This writer cannot wait to see this film. You can catch me at the movies with a bag of popcorn and a medium drink waiting to laugh.

Teen Titans Go! To the Movies premieres July 27 in theaters.

OMG people are tweeting about us! ? New trailer TOMORROW. #TeenTitansGOMovie