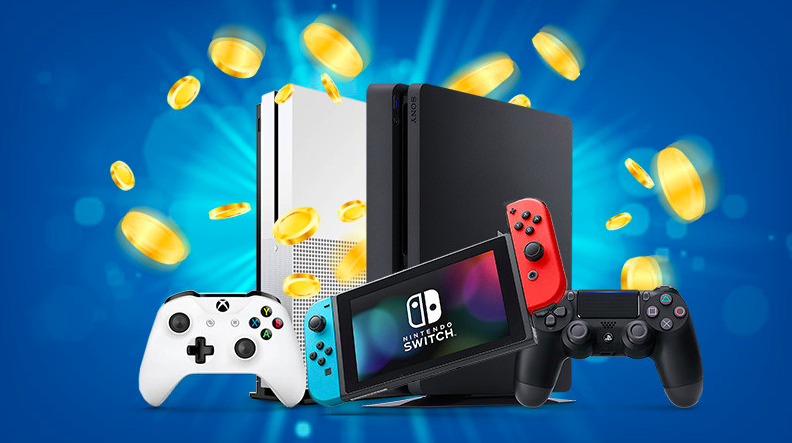 Hello, if ever there was a time for lots of gaming while still saving your coin, it’s now.

As more time at home becomes necessary during the pandemic, this is a perfect time to get your gaming on.

At this point, many of us have already exhausted our “Animal Crossing: New Horizons” gameplay energy, have caught up with the latest releases, and are now wondering what to play next.

Times are tough, and very often, our money needs to go toward other purchases before video games. So, BGN has compiled a list of games for a diversity of gaming consoles that are pretty epic, that you can get without breaking the bank.

This list is especially RPG friendly for a great amount of gameplay, storyline, and excitement that won’t have you heading back to the drawing board anytime soon.

So, ready or not, let the games begin.

Hollow Knight is an action-adventure game that was created by Team Cherry in 2017. It’s a 2D platformer in which you play as a nameless knight that’s an insect. As the knight, players explore the ruins of a fallen world, known as the Hallownest.

Hallownest is occupied by several different insects and a kingdom and with many hidden secrets. One of the best parts of the game is how much players can explore as they face several bosses, unlock new abilities and learn more about the game’s lore.

The main character is a good combination of cute and cool, as they are mute and use a nail for combat, which looks like a cone-shaped sword used for various skills.

This game will keep you occupied and constantly pressing on with its over 40 hours of gameplay. In our opinion, the game is overall a beautiful challenging experience, and for only $14.99, it’s definitely an excellent bang for your buck.

It can be played on a wide variety of platforms including, Microsoft Windows, masOS, Linux, Nintendo Switch Playstation 4 and Xbox One.

This action RPG is a sequel in a long-running franchise about being a hunter that captures monsters and makes weapons and fancy outfits out of them. The play can be played alone or online with up to four players at once.

The new Iceborne extension includes a new arctic ecosystem named Hoarfrost Reach that features a large map with special features that extend from the cuteness of having your character sip hot drinks and hot springs to rest to taming and riding on monsters through the new Raider Rides option.

While gameplay time will vary, it’s easy to play up to 80 hours and still not see everything this game has to offer. With the stunning animation and engaging storyline, there’s a seemingly endless list of things to explore in the original game and the expansion as well

This game is available for the Playstation 4, Xbox One and Windows for around $39.99.

Yakuza 0 is a wacky, quirky crime drama action that can literally go from murder to karaoke in a matter of minutes, and you gotta be ready to role with it. Developed by Sega, this open world, third-person perspective game is a lot of fun as players embark on multiple quests and mini games.

It can take up to 30 hours to beat the main story, but that time can easily be doubled through side content and extras.

Yakuza 0 is part of a larger Yakuza series of games, which are based on the well-known Japanese gang of the same name.

Yakuza 0 is available for Playstation Vita, Xbox One, and Microsoft Windows for $19.99.

Many avid gamers are more than familiar with the iconic Final Fantasy franchise created by Square Enix, but many have yet to relive the magic of the classic Final Fantasy X and its sequel, or even experience it for the first time.

Whether it’s the first time playing or you’re making another set of rounds, both games are lovely experiences for players to delve into the twists and turns, love and loss, with plenty of laughs all in two action packed games.

From the compelling stories of Tidus and Yuna to the outstanding remastered animation and graphics, the game has so much to offer.

Both RPGs easily have over 70 hours of gameplay combined and are available for Playstation 4, Xbox One, Nintendo Switch, and Microsoft Windows for $29.99.

This countdown is no particular order, as all of these games are great all-around in value and price. However, if there was to be a frontrunner, Persona 4: Golden, created by Steam, is it.

The extremely long high-quality gameplay, amazing storyline, and fantastic introduction makes this game a BGN favorite. The writing and music are excellent, as they make for a game that you will not want to put down.

Golden is an enhanced port of the main Persona series that has become well-known and loved by a diversity of gamers. With new dungeons, new characters, and new storyline, this game has a ton of added features for gamers to adore.

There are over 80 hours and we highly recommend playing the other Persona games if you haven’t yet. Persona 4: Golden is available on Playstation Vita for $19.99

This beautifully remastered game is gorgeous. If you haven’t played Okami by Clover Studio and Capcom before, then you’re missing out on a visually stunning and cathartic game. Okami is known for its unique Sumi-e ink art style with vivid color pops and brush strokes. The music is enchanting as well as we join Okami, the wolf with the essence of Amaterasu, the Japanese sun goddess, as she restores balance to the land of Nippon. Game takes about 40 hours to beat on average.

Okami seems a little shorter, but it goes longer than most gamers may think. It’s available on the Nintendo Switch, PlayStation 4, Xbox One and Windows for $19.99.

This game allows players to battle with Digimon in order to unravel a compelling mystery. From a third-person perspective, gamers can control a human character that can command Digimon and unlock their unique powers.

Some of the best parts of this game is discovering a variety of Digimon, with 249 different Digimon in the game, similar to many Pokemon games, it’s fun to try to gather them all.

This action RPG is jam packed with a ton of fantasy world adventure that fans can’t resist. Based on the popular Witcher series of fantasy novels, this game is an open world, third-person perspective realm that’s visually stunning.

Players follow Geralt of Rivia, a monster slayer, in this rich dark and magical world filled with so many truly unsettling monsters and political intrigue.

If a mystical game based on Slavonic mythology sounds enthralling to you, this game will definitely be a keeper. The complete edition will last you more than 100 hours that include some of the best writing you will see in a game that long. The plot development in the game is complemented by the well-written novel it’s based on.

Witcher 3: Wild Hunt: Complete Edition is available for the Playstation 4, Xbox One, Nintendo Switch and Microsoft Windows for $49.99.

Yet another gaming staple, Jack and Daxter is an iconic game franchise created by Naughty Dog and owned by Sony Interactive Entertainment.

This story-based series is an awesome combination of action, racing, and solving puzzles and is known and loved for its steampunk vibes.

Players are introduced to Jak and Daxter, a human-like elfish guy and a humorous ottsel (otter and weasel mix), that work to discover the hidden truths of their world and the race of the Precursors. It’s one of the most popular games of the early Playstation 2 era.

This game combines wit, humor, and great music to keep fans coming back for more. In the game Jak struggles with a powerful yet lofty inner conflict called dark eco while trying to fix his friend Daxter and his furry new problem.

With around 80 hours of gameplay, this is one journey gamers will enjoy every minute of. Each game adds a new and amazing layer to the story, so the bundle is simply a must for the inevitable addiction that people will have to the franchise.

Jak and Daxter is available for the Playstation 4 for around $39.99 or less.

Horizon Zero Dawn is an action RPG that was developed by Guerrilla Games and published by Sony Interactive Entertainment.

In the game, players are introduced to a protagonist Aloy, a girl with a mysterious past that lives in a strange world filled with robot animals.

Gamers are able to hunt their way through this open world game and gain new gear while uncovering the world’s secrets.

The combat options are extremely diverse and fun to try, as the game utilizes a variety of weapons, including a spear, to fight through this epic post-apocalyptic realm.

The game is also visually stunning, and with great scenery and detailed robots, there’s not much more to ask for.

The Horizon Zero Dawn complete edition comes with all the DLC updates and improvements made to the game since the game first developed and is available for the Playstation 4 as well as Microsoft Windows. However, it’s important to note that the Windows PC version has controversial pricing fluctuations that have caused many gamers to prefer the Playstation 4 version that runs for around $19.99 or less, versus the PC version that can run for around $50 in some countries.