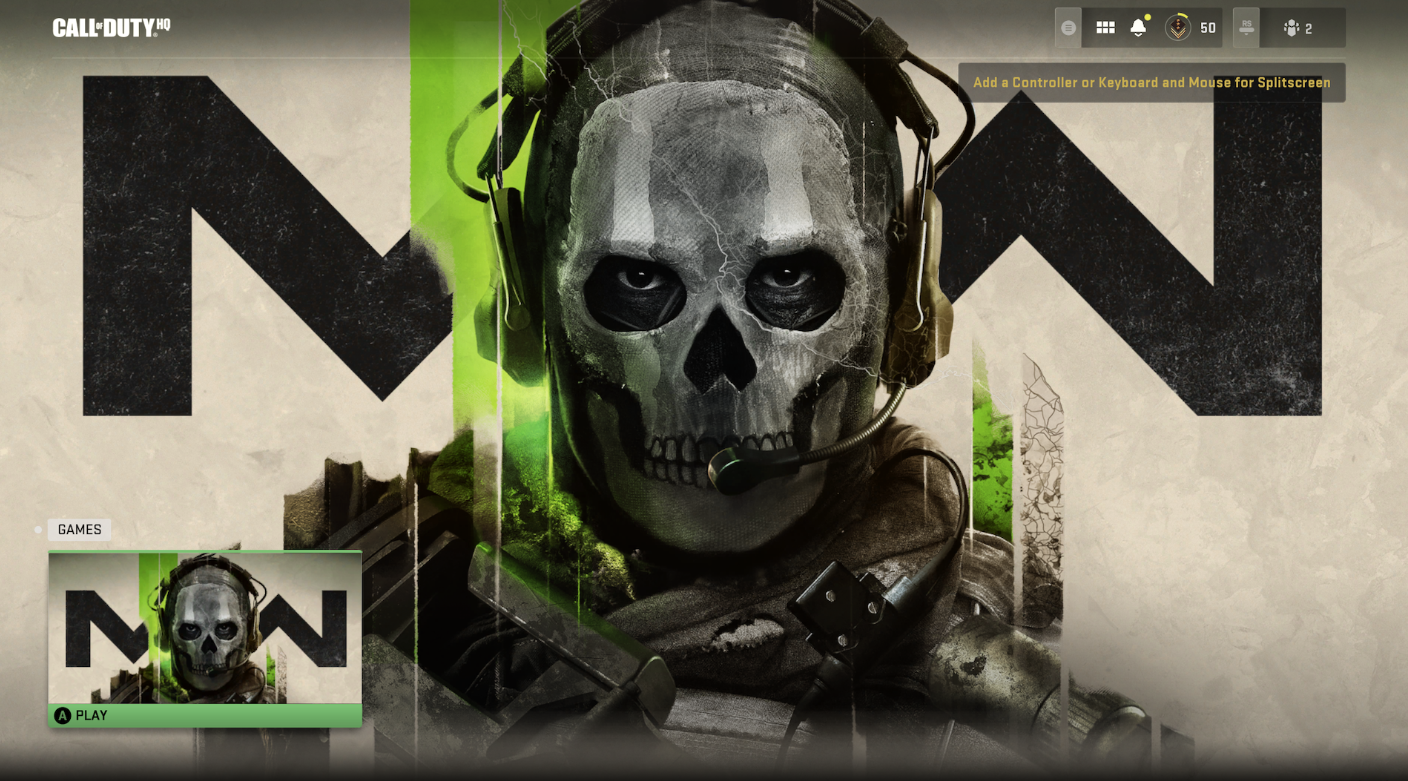 Let us all rejoice as the game release season has begun. For two weeks in the middle of September, Infinity Ward and Activision held the beta for Call of Duty (COD): Modern Warfare II (MWII).

Over the two weeks, there were a lot of complaints related to the performance of the beta itself, which is fair, but I think folks forget the intent of a beta. The beta is intended to catch or find bugs and/or glitches. Obviously, it was a success as the internet was ablaze with issues. Interestingly enough, with one or two exceptions, my beta experience and that of my squad was relatively issueless.

Normally, with a COD beta there are the endless connection issues, there are the frequent screen freezes, and the joy of lag. To my delight, getting in and out of a lobby was pretty easy when I was playing by myself. There were issues once we tried to squad up.

We attempted play with half my squad, and the first thing we noticed was the status of players in the social lobby was wrong. Throughout the weekend, I would be in a chat with a squad member, while the display indicated that both he and I were offline. When we were able to squad up, the game strangely would indicate that the lead had joined the joinee versus the joinee joining the leader. It was also difficult to see your squad once you did squad up.

While this was frustrating, it did not seem to affect our ability to jump into a match most of the time. Unlike COD: Vanguard where you may watch the pings for minutes, getting into a match was normally relatively painless. One glitch that did persist was one of my squad’s stats not updating. Although his heads up display would show him at level 17 or whatever, everyone else saw him as level 1 and he was unable to upgrade or modify his weapons for more than a minute. Not fun.

While all modes were not available all the time during the beta, I found my joy playing Invasion. Think large scale team deathmatch with vehicles. I know, I know, this is not the first time that mode has been available, but with other first-person shooters, you spend more time running to get to your squad or wherever you want to get to due to the map size. The invasion mode for a majority of the maps available seemed perfectly sized.

With one exception, spawn trapping was not a thing, but I was not quite sure on the criteria for when the vehicles were dropped in. Another mode was Ground War. This mode is basically Domination on big maps with vehicles. In both modes, there was more of a vertical element than normal, which allows those who enjoyed sniping a lot of good perches, but I think there should be a means to prevent sniping from your forward operating base (FOB) as there is no way to reach the individual outside of sniping back, but the individual can very easily get you. It was nice to have the ability to know whether the other team had members in proximity of a flag, and it made for some fun hunting for campers, but that is always fun regardless of the mode.

One new ability is the ability to drop prone. So now to add to the bunny hoppers you have to deal with the prone droppers. I get to not only shoot folks in the crotch a lot, I also am racking up the headshots.

I also noticed that the gas grenades kill a lot more quickly and getting stunned was still interesting, but the most interesting change is getting shocked. With the shock grenades, a more normal response, watching your hands twitch, occurs, which is strange at first if you don’t realize what is happening. The first couple of times I was shocked. I thought I was glitching, but finally I figured it out.

If you pre-ordered, the week before the release was a week of access to the campaign. From all accounts, this is the best part of the release. The missions are right sized, with ample instruction to tell you your objectives. The locations vary and the story is engaging — very reminiscent of early editions. While most play just for the multiplayer experience, there are hours of fun in the campaign. To encourage campaign play, many of the operators are made available should you complete certain missions in the campaign. Naturally, that includes one of the two Black women in the game.

After a couple of weeks in the game proper, there remained continuing issues with playing in party and very irritatingly the ability to modify your loadouts. Other modes are now available including several cooperative missions.

Much like the zombie modes in other COD editions, it’s nice to play if you know what you are doing when you start out. Playing with someone who knows what’s going on improves the experience. In the small multiplayer modes, having less than the standard number of players can make the game very lopsided, so massacres can be easy. Avoiding massacres due to rage-quitting may have you spending more time on the large maps on Ground War or Invasion.

One thing that has not been rolled out yet is the battlepass. As such the new operators, skins, and weapons have not made their way into the game. However, there are camos galore, of course, but the new construct makes them rather difficult to figure out. While unlocking many of the camos is available for other weapons, figuring out the new camo tier systems is a bit of chore. As always you will be trying for hipfires and suppression kills just like before; of course, now it will be hard to figure out your status given the inability to access your loadouts on occasion, but hey maybe that will be fixed before Thanksgiving.

The big question of course is should I buy this? If you have never played COD, this version is a great gateway into the franchise. If you’re buying this as a gift for a gamer who likes first-person shooters, it’s a sure thing. If you are a COD veteran like me, I will say that it occupies a lot of space on your X-Box S. There are new maps, the campaign mode is fun, but there is really nothing here that moves the game experience much past the last version you liked. For you, consider getting it on sale.

COD:MWII is available for download now on console and most of the gaming platforms.