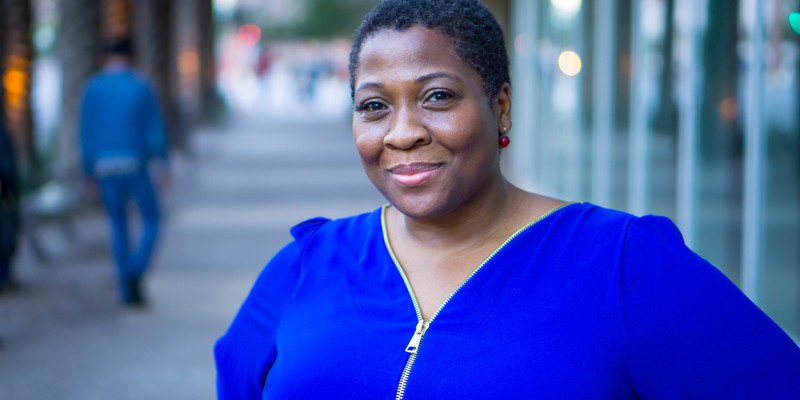 The mid-term election season is upon us and BGN recently spoke with Democrat, Jehmu Greene about why it’s important for women to use their voice, the power and influence that millennials have, and why the 2018 mid-term elections are the most vital.  Jehmu Greene, is a television commentator, social justice advocate, and political and media strategist. Throughout her career, she has worked with the media to build high-profile social justice campaigns with organizations and initiatives such as Rock the Vote, Project Vote as well as serving on the U.S. National Commission for the United Nations’ Educational, Scientific and Cultural Organization (UNESCO), amongst many other things.

Jehmu Greene asserts that when you have a platform that it is very important to use that influence to advocate for the disenfranchised. Jehmu Greene’s experiences in politics and in life are a testament to the ideology that the American dream can be achieved, but first, you must recognize that you have a place at the table.

She states, “As a young girl in a city with a woman serving three terms as Mayor, I learned something early on about women and politics: we belong there…it is women who are stepping up to protect the rights and freedom of every American…transforming the country cannot be done without us.”

Can you tell the Black Girl Nerds audience about some of your past experiences and what you’re currently working on?

Greene: As the child of former undocumented immigrants from Liberia, I really feel like I’ve gotten to live the American dream as a social justice activist and working to bring voice to disenfranchised and vulnerable communities, whether that was at the Rock the Vote registry, millions of voters, the Women’s Media center, amplifying women’s voices in the media, running the women’s office at the Democratic National Committee or now serving as board chair for Vote Run Lead. An organization where we train women to run for office and win.

Let me tell you they are, they are raising their hands to run for office in unprecedented numbers, and I want to make sure that I’m doing everything I can to give them the tools they need to succeed in these campaigns. There is no doubt in my mind that the solution to this mess we’re in can be fixed by women. Our political system is currently broken. 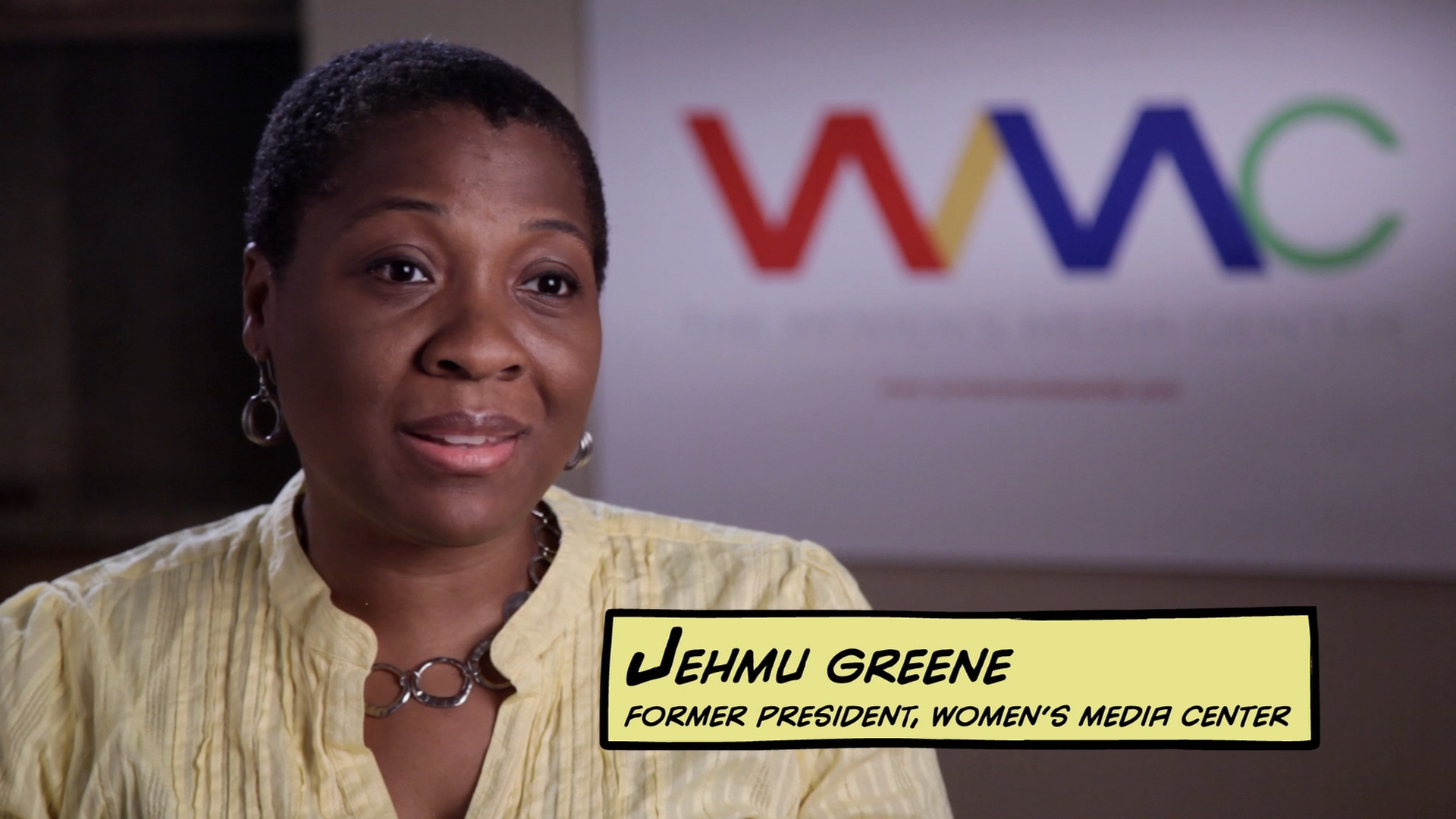 In your opinion, how important is it for politicians and social activists to unify and work together?

Greene: It’s certainly a goal. I think it should be a goal within each of the political parties in elected office. We are currently experiencing the worst gridlock we’ve seen in our lifetime. Just more gridlock than we’ve ever seen in our lifetime. So, unity is important. As political leaders, the mission is to make sure that we are progressing as a country, and I do think that [with] the hard stance that the Right has taken against compromise, that our politics have come to a halt.

Are you saying that the Republican party or conservatives are not willing to compromise?

Republicans have decided that they’re just not going to play the game and it’s not a game. People’s lives are on the line when it comes to health care. When it comes to a rapidly expanding economy, they are making choices that negatively affect the most vulnerable of amongst us, and leaving us out of prosperity. So many middle-class households are being affected. This is why I think women are going to be that solution because studies show that women run for office to find solutions to the problems their communities are facing, not just for money and power.

In most cases, men run their office to increase their power. Our communities do not need power hungry people. We need solution-oriented, common sense folks. I certainly think as a Black woman, that countless other Black women represent that common sense perspective. I’ve seen the women who’ve been doing the work behind the scenes, and who are supporting issues. It is our time to have our names on the ballot. It is our time to be the ones making the decisions politically for our communities.

What would you say to young women to encourage them, as they are watching what’s happening politically in our country?

Greene: I think everyone should understand the power that you have by putting your voice on the table, taking a stance on an issue that you feel passionate about. Take your personal life experience, your personal pain, and turn that into an enormous gain for your community. I think we all had that power. Used the technology that we have to, at the push of a button, influence of thousands and even millions of people.

We have more tools than any other generation. Especially as Black women, we have personal experiences and lessons, and a deep understanding of what our communities need. I certainly don’t think that black woman should be seen as saviors and deified, but I do think there is a common sense, no BS approach to addressing the issues that are ailing us that command respect and can get things done. 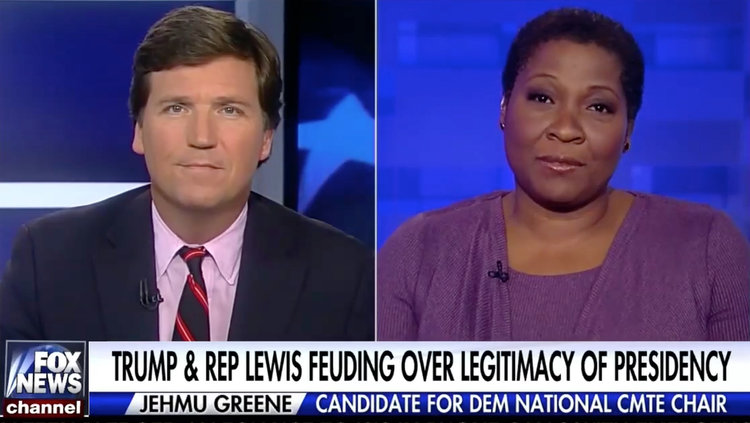 What would you like the BGN audience to know and understand about the forthcoming midterm elections?

Greene: This midterm election is the most important election of our lifetime for women. When I’m having conversations with people who were in the reproductive rights movement, there’s a notion that our country is moving back in time. We as a community and certainly young women who have lived their entire life with the freedom to make choices about when we are going to start a family, or if we are ever going to start a family.
Choices are currently being made that have the power to affect the youngest and most vulnerable around us. Get those registration numbers up. Then, also make sure that that action carries through on election day because this generation has voting power.
Note: the original transcription was abridged due to length.
Lynnette Nicholas is a freelance journalist, voice actor, and educator residing in New York, NY. Twitter handle: @truelylynnette