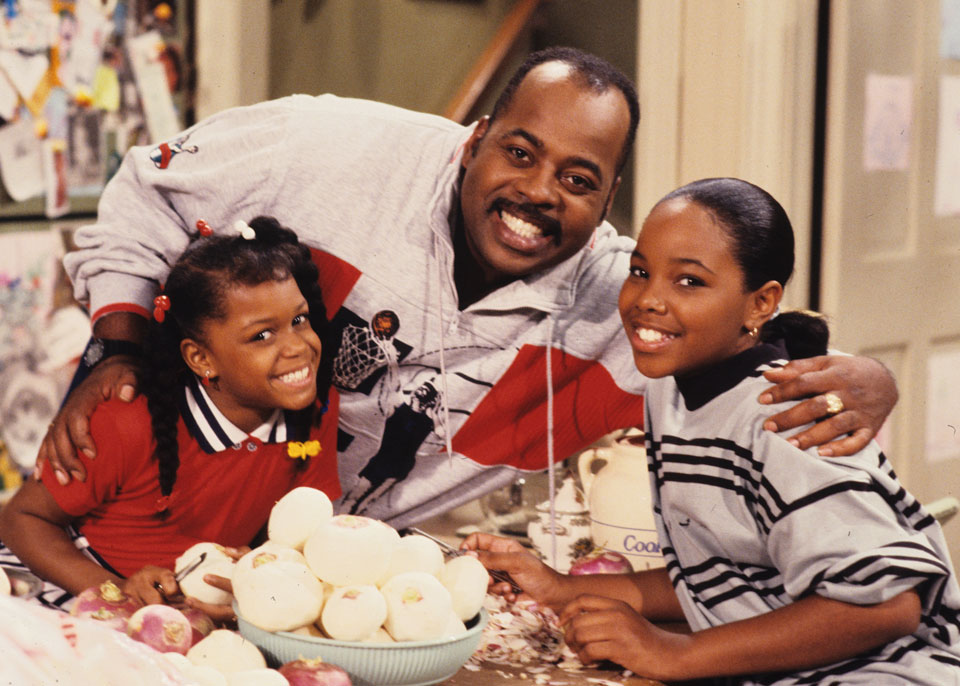 Then watching a movie or television show, it’s natural to develop a connection of sorts to the characters. As a kid, I was addicted to ABC’s weekly TGIF (Thank Goodness It’s Funny) lineup of shows. My mother knew it was a foolproof way to park my butt in front of the TV for several hours, as I watched sitcom after formulaic, corny sitcom. Don’t get me wrong. These shows all have their place and time. And, one particular show came to me at exactly when I needed it: Family Matters specifically Judy Winslow.

Family Matters was a crucial part of my childhood and development, which looking back on it, is a slightly scary thing. But as a young child watching this Black family with the stern but caring parents, smart and well-adjusted children, and…annoying neighbor made me want to be a part of that family. It made me want to be Judy Winslow. 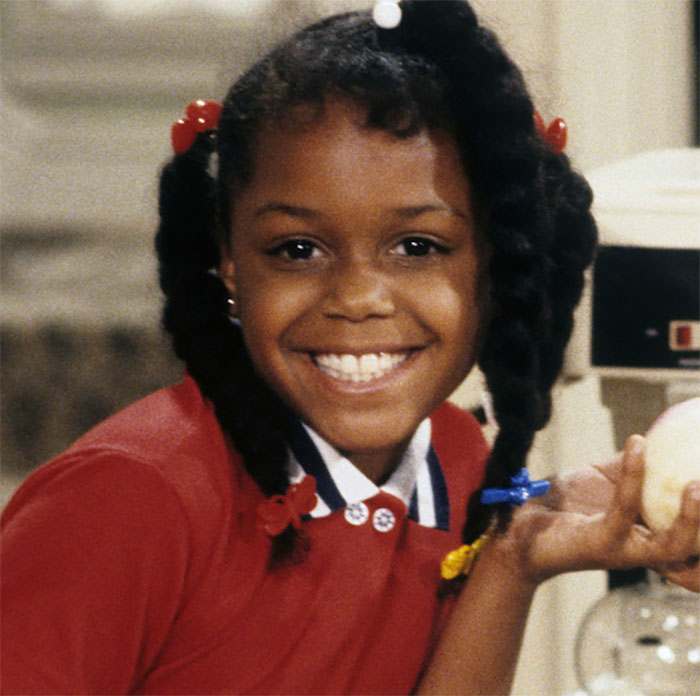 Now before you start with the “how can you want to be a character that was barely there,” let me explain. Going back to feeling connections with a character, there are many reasons as to why this happens. You see something in that character that speaks to you on a personal level. Perhaps, it is something of yourself that you see in them that is so similar to your life, your personality. Or maybe it’s more aspirational, as that character is more of an inspiration of how you want to be.

My connection to Judy was the former. I was shy as a child, and the sense of isolation and loneliness I projected onto a person, who oftentimes, was treated on the show a little more than a prop. As she hardly ever got any lines, it’s no wonder I liked Judy – she hardly ever spoke!

Poor, poor Judy Winslow. For whatever reason, she was a character that writers clearly weren’t invested in, dooming her to a destiny of underuse and underdevelopment from the start. But I’m not here to lament Judy Winslow’s bad fortune as a character – I’m here to look at a character that could have been established as a vital member of the cast and the potential that was wasted. Her name has been relegated to the realm of funny little questions, but it didn’t have to be that way. Let’s examine why how this could’ve been remediated and how Judy became a footnote in family sitcom history. 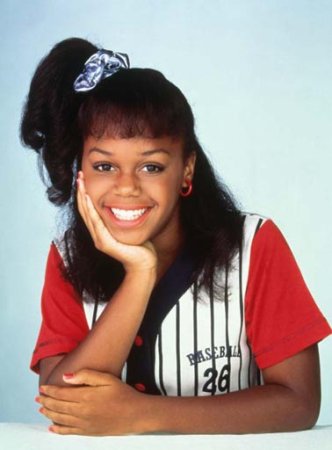 A note: I am very familiar with Jaimee Foxworth and her story. I just want to be clear, I am strictly alluding to the character here. And I’m well aware that behind the scenes, there were quite a few other forces at play.

First, let’s examine Judy’s role on the show, shall we? The coat hanger had more complicated relationships on the show. As I mentioned before, Judy was a prop. She had little, if any stake, in the main plot of an episode. Maybe in the beginning, when the stories were more family focused. However, as the kids became older, and the show continued to develop, Judy stayed stagnant.

This was especially apparent with the way Laura and Eddie grew into their characters, creating identities outside of the family unit and essentially leaving her behind. Judy was kind of in that awkward preteen phase where she wouldn’t necessarily be giggling with Laura about boys and makeup yet. Eddie, well – they never really interacted outside of family gatherings, but then you could say, outside of Laura, no one had much of anything to say to Judy. So, with no connection to anyone or anything, what are the writers to do?

The final insult: pair her with Richie! Of course, the partnership didn’t solve anything. Richie was allowed to be cute and Judy got a little sassy, but, other than that, nada. What makes things more insulting is that after Judy was erased from the show, Richie finally started to receive his own storylines as he got older and the writers began to run out of ideas. 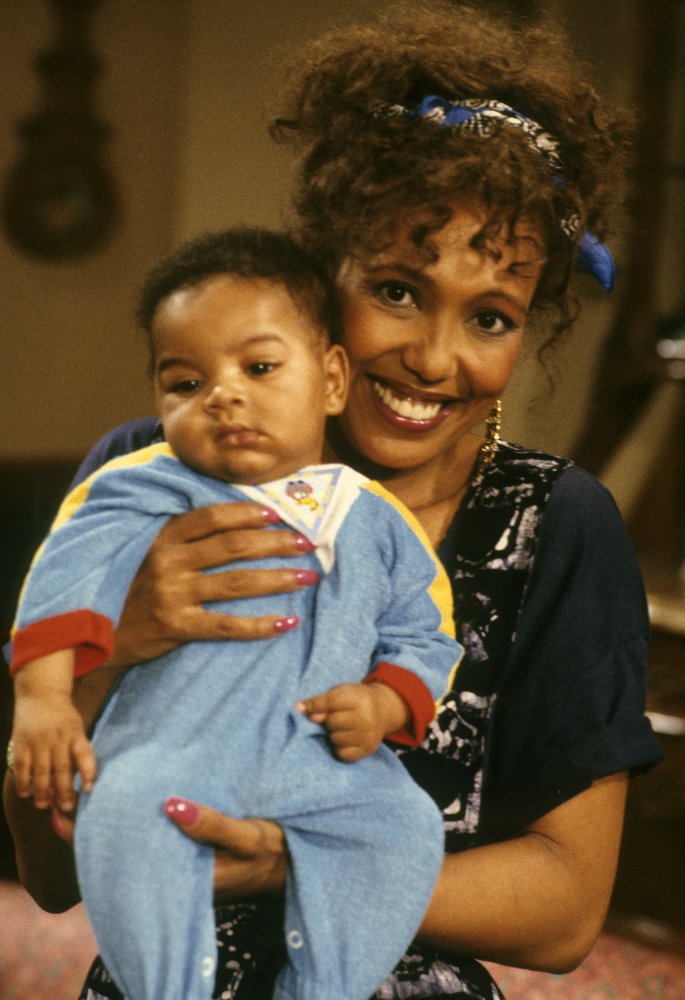 And finally, putting the final stick in the eye, the Winslows adopt another child, Richie’s best friend 3J, who in his relatively short time on the show, had more lines than all of Judy’s scenes combined. It really seemed like the odds were against Judy from the beginning. But despite Judy’s whittling screen time, she was still there. Still, effectively a part of the family and the family is the show, right? Let’s address the looming bespectacled nerd in the room.

In my opinion, Steve Urkel blew the lid off any chance Judy had to be integrated within the main cast. Anyone alive during the explosion of Steve Urkel can remember just how big he was. His catchphrases, his clothes, and mannerisms–Urkel would have been a huge Internet meme had they existed at the time.

His popularity eclipsed everything, including the show. The advent of his arrival effectively turned the show into Urkel Matters, and there was no turning back.

It was as simple as no relationship with Urkel, no airtime. Everyone and everything, in his sphere of influence, is pulled in to revolve around Urkel.

Judy Winslow could have — should have — been so much more. Rebellious younger daughter, spoiled princess, jealous sister, any and all of those options would have been better than what we got. No one will really know why the character got so little support. People may say it doesn’t matter, as she wasn’t onscreen long enough to make much of an impression. That’s true, except that she made an impression on me. Unfortunately, Judy will remain my underappreciated bias, fading back into the background, like so many lost opportunities.