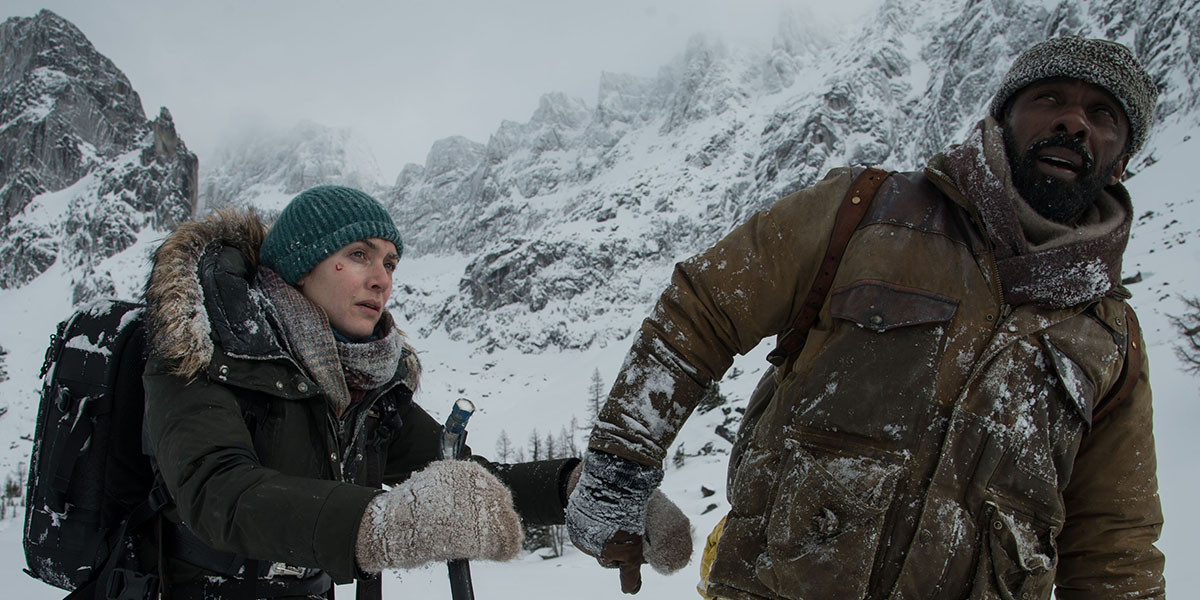 The Mountain Between Us is a visually stunning film with daringly brave and raw performances from none other than Idris Elba and Kate Winslet. Amidst flight cancellations, Dr. Ben Bass (Idris Elba) and Alex Martin (Kate Winslet) have a chance encounter that ends in catastrophic and unforeseen circumstances. Alex suggests an alternative plan for her and Ben to charter a flight to a midpoint destination hub so she can make her wedding and he can get to his surgery.

They meet and pay a pilot (Beau Bridges) who, along with his 4-legged companion, claims they don’t need a flight plan (by the way…y’all never do this) and proceeds to fly them unknowingly into the eye of a storm. Things go awry quickly, like within 20 minutes quickly, and we soon see Alex and Ben stranded on what is quite possibly, the most beautiful mountain I have ever seen. You are most certainly taken aback by the work of director Hany Abu-Assad and cinematographer Mandy Walker, two professionals who clearly did the impossible with this film. They not only showcased the depths to which the human spirit can endure, but they did so with visually scintillating shots. All in one film, I feared the prospect of these characters dying on our journey, while simultaneously being made jealous that I couldn’t physically be there with them. Sounds insane, I know, but just wait until you experience it for yourself. 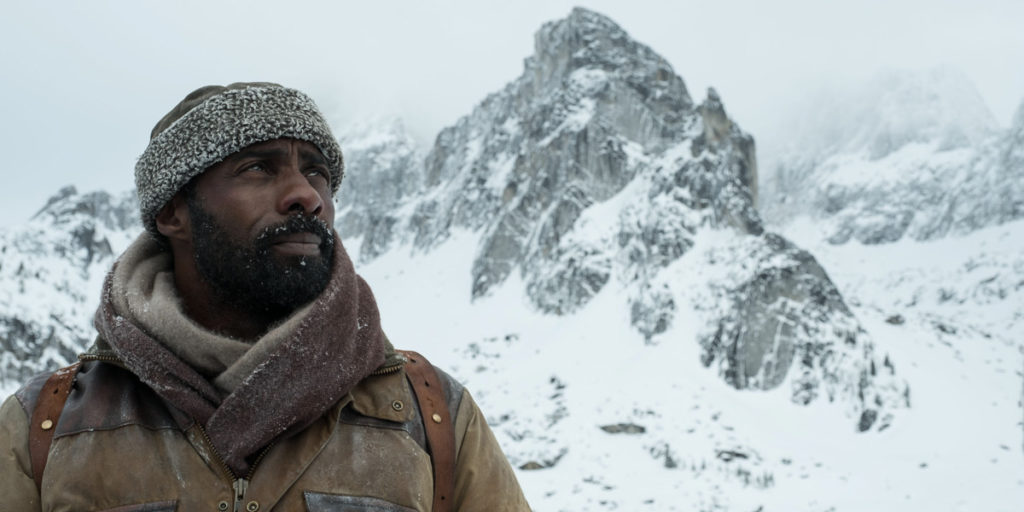 For much of The Mountain Between Us, we see Ben forging alone and taking care of Alex’s needs, even before she knows she needs them. He exhibits the care of not only someone who is a medical professional helping a stranger in need, but also of someone who deeply misses caring for a partner. It is so lovely to see how he selflessly cares for this stranger. When Alex is conscious, they clash immediately on how to proceed in the face of immense uncertainty. Should they take a risk and find help? Should they wait and hope for the best? Their opposite takes on life and survival are ultimately what draw them closer together and make them fall in love.

The Mountain Between Us is exhilarating with some high-intensity moments that make you hold your breath and question if survival is even possible for two people who don’t  know each other. In the face of despair, these two people are forced to trust each other’s intentions. For me, the love story that blooms is secondary to the heart of the film, which is the survival of the human spirit. While they are more than intelligent and attractive enough to have an epic love story, I wanted and needed more time to see that love truly bloom. What I did see however, was a mutual understanding between two people and an experience that forever transformed the very core of who they were. It was deeper than friendship and in some ways deeper than love. I saw people who had to balance and learn tough lessons about themselves drawn out by the actions and questioning of another. I saw people who had to heal physically and emotionally and who had to be strong when the other was weak and patient when the other was headstrong, all in an attempt to foster hope and unwavering courage.

If you want to see a film that is beautiful with unique cinematography and bold direction, but also one that speaks to the resilience of the human spirit and ultimately, the power of love, then go see The Mountain Between Us when it hits theaters on October 6th!