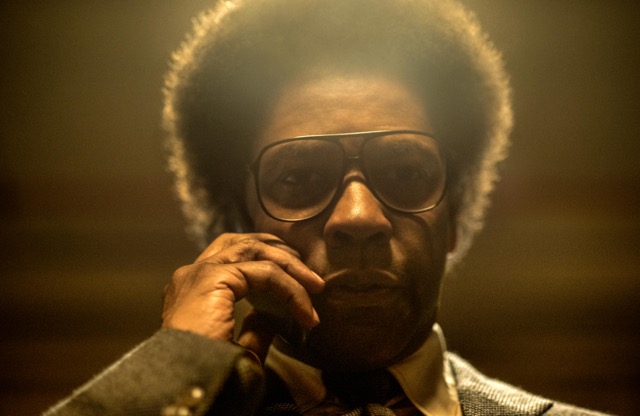 I was excited to witness the world premiere of Academy Award winner Denzel Washington’s latest flick, Roman J. Israel, Esq. at the Toronto International Film Festival.  Shortly after the film, Denzel and writer-director Dan Gilroy (Nightcrawler) took to the stage to discuss a Q&A about the film.  Roman J. Israel, Esq. was a late entry at TIFF, and many attendees knew very little about the movie, as matter of fact  I didn’t even watch the trailer myself, so I went in completely blind.

So here’s a brief summary of what the film is about, and then I will let you know what I thought about it. 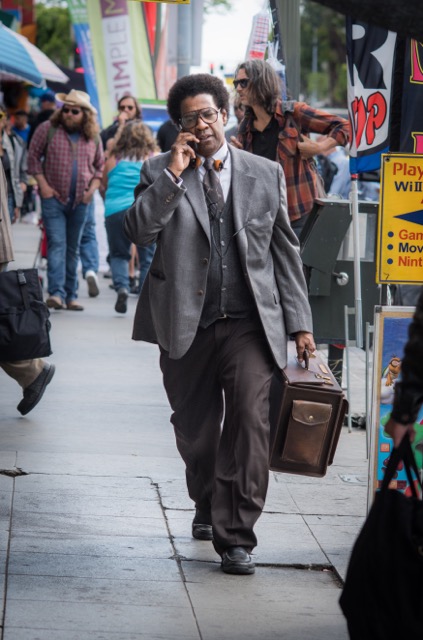 Roman is a lawyer working behind the scenes who is a bit of a savant and likely has autism or Aspergers.  He preps criminal cases in a dilapidated, aged office and he works with his boss who is the one who actually litigates cases in the courtroom. However, when his boss William Jackson becomes ill and falls into a coma, Roman must collaborate with a wealthy, slicker, and more ruthless attorney (Colin Farrell). This relationship becomes the tipping point of not only his career but his moral compass on how he approaches cases ethically.

Roman’s life is further complicated by his relationship with a teacher trying to reach out to him (Carmen Ejogo), and she tries to instill righteousness and good principles into his work and life. Roman is a man that hasn’t quite figured out what he wants in his life, and that’s what makes this movie bewildering.

Roman J. Israel, Esq. doesn’t know what kind of film it wants to be.  In the first quarter of the film, Roman meets with a young prison inmate who is yet another victim of a failed justice system.  We assume by Israel’s wealth of knowledge about systemic racism, poverty, and the prison industrial complex; that this film will serve more as a John Q story where Denzel becomes a hero to a marginalized group of convicted felons that aimlessly wandered onto the wrong side of the tracks. 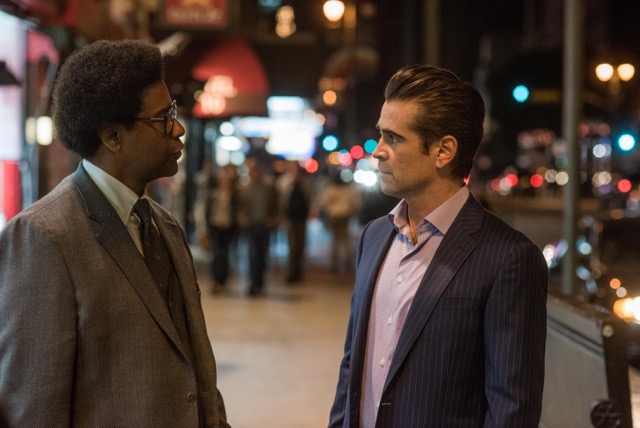 We then are brought to a part of the film where it focused on Roman’s work as a savant litigator, someone who has a photographic memory and can recall cases without the use of a computer.  As a viewer, I thought, oh maybe this will be a movie about the autistic introverted lawyer who’s never had the opportunity to litigate in court, and he finally gets his day in a big trial case.

Sadly that didn’t happen either.

Then there is the relationship between Roman and George who seem to have an interesting dichotomy as lawyers from completely opposite sides of the legal spectrum and I was hoping that would be the basis of the film.  The good side of the law vs. the corrupt side of the law.  And that each would learn something from one another as attorneys and colleagues.

I would be remiss if I didn’t mention that this is probably one of the best performances of Denzel’s career.  One could say that for most of his films, but he turns out a solid portrayal of this introverted and awkward attorney trying to carve his own path in a world filled with people who don’t always understand him. The performance alone is worth watching, but the story is all over the place and zig-zags at every turn.

Without giving away too much of the plot, there is a subplot dealing with ethics and morality and that does become the motif for the film, but we don’t know why and nor do we care.  Gilroy doesn’t set the story up enough to help us learn what Roman is supposed to be doing from one scene to the next.  His relationships seem random and clearly only exist for the purpose of creating a contentious story arc but have little to no substance. The ending finally leaves us wondering why this movie spent so much time investing in Roman in the first place. 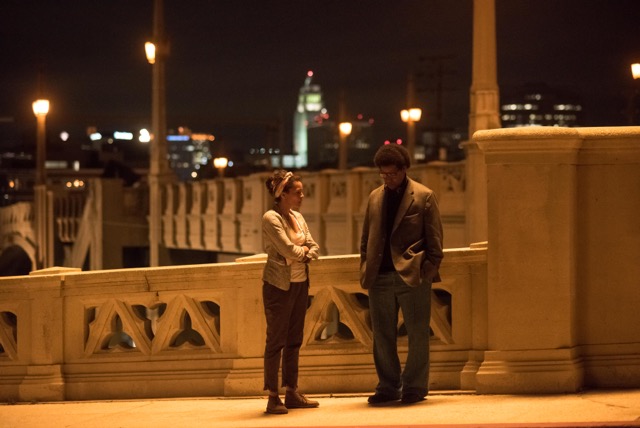 As I mentioned before, Roman J. Israel, Esq. is a film that doesn’t quite know what it wants to be. Is it a character study? An analysis of non-ethical legal practices? Or the interdependent relationships between Roman’s clients who are disenfranchised youth caught in the prison industrial complex? The film explores all of these things, but doesn’t focus on one over the other, leaving audiences to wonder what kind of film is Roman J. Israel, Esq.?

Final Trailer for the Denzel Washington Film ‘A Journal For Jordan’