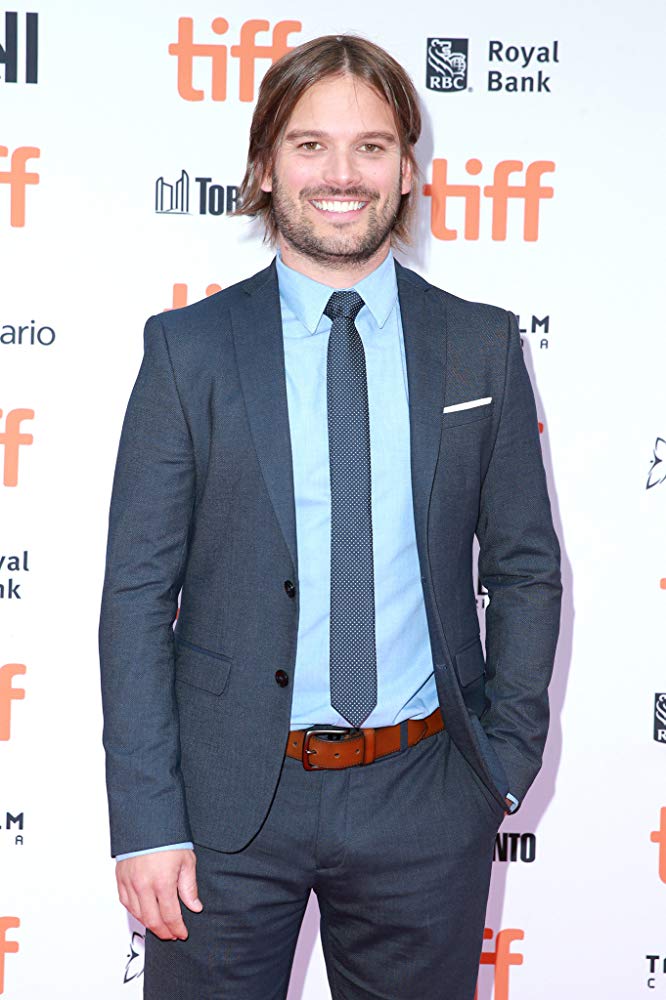 Alan Hicks is a musician who broke into the film world with his first documentary, Keep On Keepin’ On in 2014. That project actually connected him with Quincy Jones and his daughter Rashida Jones, who co-directed Quincy with Hicks. After Hicks’ work directing the first film, it was not a great leap to bring him on board to help Rashida tell the story of her father in terms that have yet to be seen onscreen.

BGN got to sit down with Hicks at the Toronto International Film Festival where Quincy debuted. The story forces us to see the great Quincy Jones through a lens that has yet to be captured in a documentary.

How did you decide what goes in? What will go into the final documentary and what must have been like millions of different details that you had to cut out?

Well, it’s a process of elimination. On a film with a person like Quincy, whose career spans so much, you could make a film just about the 1950s. He did hundreds of recordings and worked with the greatest of all time and just talking about in that period. But that in the movie, that’s a scene. So, it was a challenge to “boil things down” to the essence. Then by a certain point, the film just starts to speak to you and kind of guide you on what is the fitting for the story that we’re telling. So, it’s really just making decisions like that. Like “this stays” or “this goes,” it doesn’t really work like that. It’s that they naturally stay or they naturally, eventually become irrelevant to the story. And that’s we did it.

How did you decide to go with more of a personal human look at the man that everybody has upheld as this legendary, almost godlike figure? He’s done so much. How did you go in that direction or is that your decision?

There was a point when Rashida and I were first talking about like the broad strokes of the film before we even really, shot that much footage or found any archival. The first conversations we had about it was that there’s so many documentaries that have come out already of Quincy that address his career. “He did this, he did this, he did this.” And Rashida was saying people just don’t know, they miss out on, the personality. They see all the accolades that overshadow his personality. And, he is a man. So, people don’t even know that side–the other side–of Quincy.

We would shoot for eight, 10-hour days. Just shoot all day in the morning we’d put the mic on him, and we’d film until he goes to bed. And that’s kind of the key, to be out to find the core and the essence of a person. If you film a person long enough, it just, it comes out. And so that was a big thing from–Rashida’s side of things–to say, “we’ve got to let people know what he’s like, you know, as a human.” 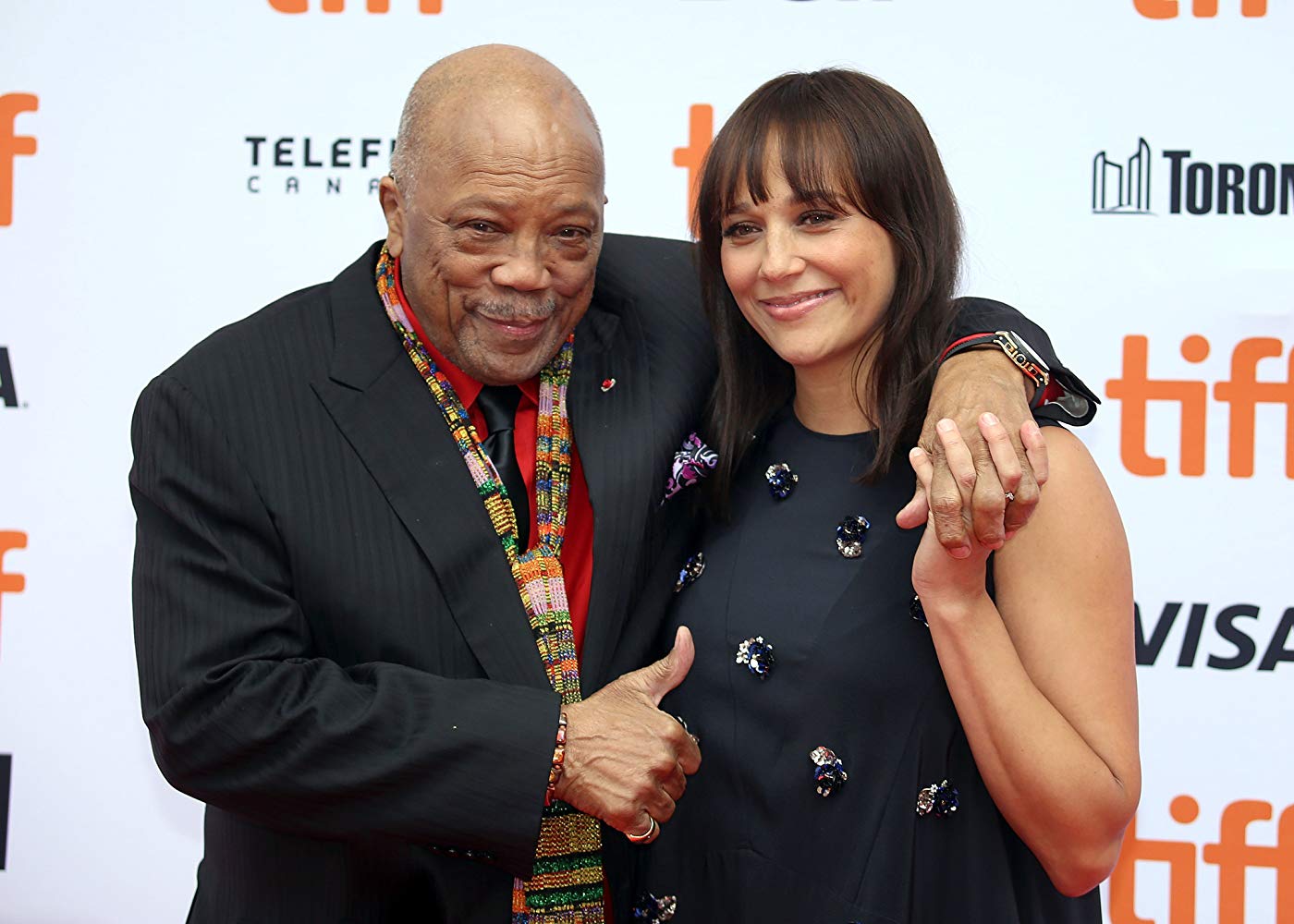 And I felt we got really close to him as, as matter of fact, there’s one scene where Rashida was sitting across to him. It was just father and daughter talking. You also put some really, really intimate footage of when he was in the hospital. I mean, how’d you get that?

His daughter, we were codirecting, so that’s one of those creative decisions where it’s like, ‘are we going to tell the real story here?’ Because that [Quincy’s hospitalization and near death] was kept out of the press. That’s something that nobody knew about. Both of those health incidents where we nearly lost Quincy was just kept quiet for his own personal privacy. I’m sure the gossip magazines would have loved to have grabbed onto that at the time. But the family kept it quiet and, we’ve made a decision that we’re going to tell the real story of how this man who’s dealing with alcoholism–and it nearly killed him.

ALSO READ
Black Films and Filmmakers Coming to TIFF 2022: What We're Excited For!

And we just kept filming. We had no idea what was gonna happen. You know, there was the possibility that we might have lost Quincy in the middle of the movie–while we were filming. But it was that idea of “let’s just tell the story, let’s just let this unfold and see where it goes.”

Was there a moment where you said, “Okay, cut, we gotta talk about this” or was it just, “okay, we’re just going for this?”

Never once was there a cut. When Quincy, said “go,” He would also invite the crew too. He would send me a message that says, “I am going to China in two days. You guys have got to come it’s going to be great.” And then we have to engage the crew, get everybody up, and then all of a sudden, we’re on a plane to China. Then we’d get back and he’d say, “You guys have got to see Dubai.” It was so inclusive with all of us.

He actually liked the crew so much that he ended up hiring both of the cinematographers from the film. Now they work for Quincy. And that says a lot about what he’s like. He’s so inclusive and really cares about the people around him. He cares about everybody, but the people who were doing a documentary–and to some people that document documentary crew–can be very invasive. Quincy was like, “bring it on, let’s go. You know, you guys got to see this stuff.” It’s great. 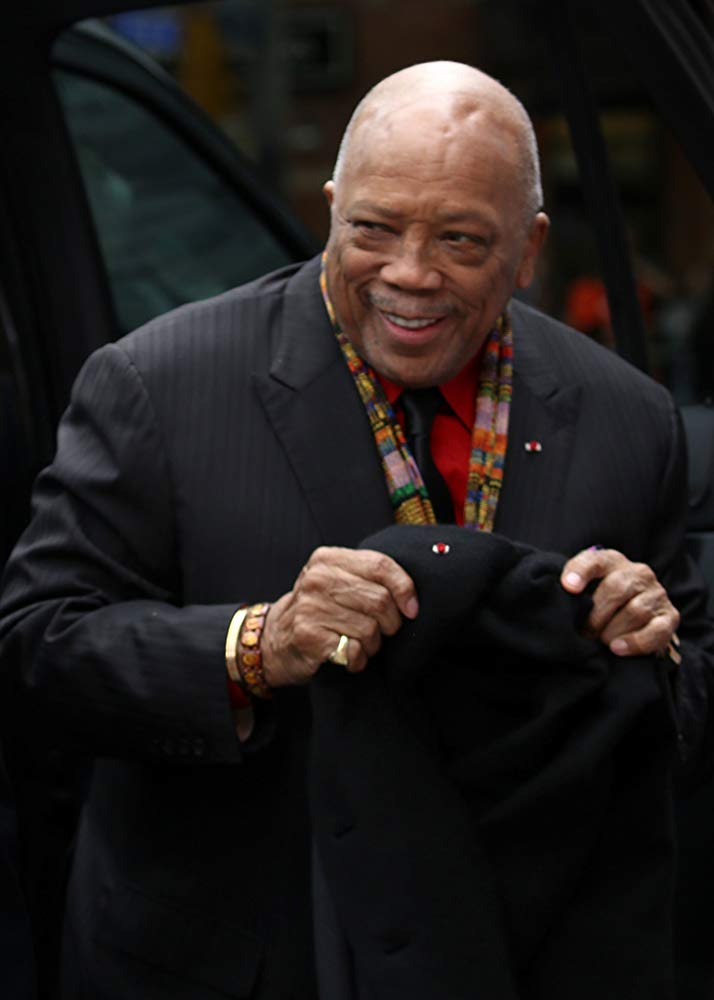 And I saw that one of the comments you made is about how he would, you would be going about your daily work and then find out some nugget of information that was phenomenal and huge and he just kind of drop it and just keep on going. Um, how did you guys deal with those little, you know, those little pieces of information that he did? You said he did a daily.

Oh yeah, it was invigorating. It’s exciting. But also, at the same time scary because you’re like, “whoa, okay, well this, this is important for the world to know about this.”

I didn’t know too much about his relationship with Nelson Mandela. I was just watching some old VHS’s in his archive, and then there will be Quincy and then Nelson Mandela. And then, there’s Nelson Mandela talking about Quincy and how much he appreciates his involvement in this charity that I’d never heard about. And then, I find another movie. And it’s another thing with Nelson Mandela and then different charity that Quincy is helping with and it’s from five years later. And you know, all these things. There’s a picture of him with Count Basie in the recording studio with Frank Sinatra, and you’re like, “oh, that’s right. He did that too, man.”

I really liked this, you know, this intimate look at such a legendary guy and how you break them down to somebody human and, but you still respect his legend and everything. That balance, how did you move to strike it? Or, was that just natural, like you said before?

Well, yeah, that’s just slowly over time finding the balance. You don’t want much of the past. That will get you bogged down and make it feel boring. Too much of the present will tank you too. It’s just finding that balance and that takes time. With the documentary, it’s testing and seeing where the walls are. But the thing that’s interesting about Quincy is that it’s so much forward momentum in his career that it was actually making sure that there was a little bit of space within the film for people to be able to digest it all. 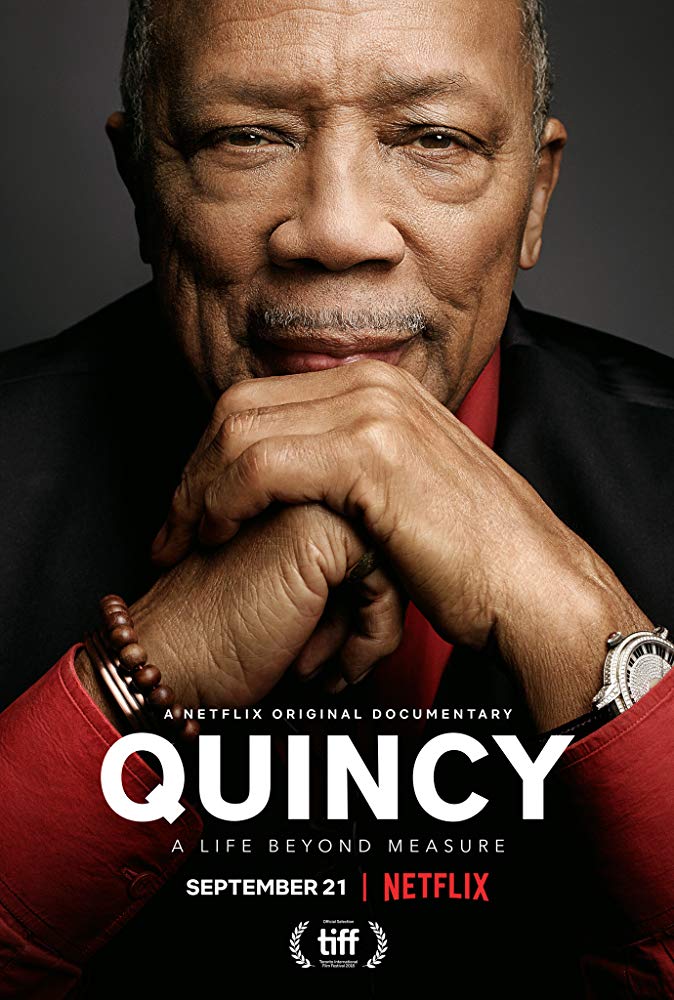