Andrej (Matej Zemljic) is a handsome, fit, middle-class youth with a radiant smile growing up in Slovenia’s capital Ljubljana when he quietly decides to throw his life away. Darko Štante’s Consequences follows Andrej after he has dropped out of school, and his fits of rage have extended to include his overbearing mother (Rosana Hribar) and friends. After beating up a young woman who undermined his masculinity, Andrej’s mother petitions the courts to have him sent to a so-called detention center, what in America and Canada would be like a structured halfway house for delinquents. Residents are trained in a variety of skills, and have off-site privileges in the evenings and weekends to travel home as long as their behavior during the week has been acceptable.

While the detention center is a state attempt to prevent a school-to-prison pipeline for wayward boys, like most even informal carceral systems this one only serves to introduce Andrej to an entire network of young men much further along the path to actual jail time. Zeljko (Timon Sturbej), or Zele, is the unofficial leader of the center. Even though his crimes have included robbery and assaults much worse than Andrej’s, Zele has managed to escape prison time by bullying others into doing his dirty work for him.

Like Andrej, Zele comes from a solid middle-class background. His family has a large flat with nice possessions, disrupting the notion that the only people who end up in these detention centers are low income and with low education for the parents. Zele gets cheap thrills from beating up drug dealers and robbing them, extorting his detention center comrades, and organizing a variety of compromising situations—often sexual in nature and not always consensual—that are caught on camera, used for leverage later.

Unlike Zele, Andrej isn’t only struggling with his anger, frustration, and general teenage resentment. He is also trying to figure out ways to navigate being a gay man in a toxicly hypermasculine and homophobic culture. Zele, well on his way to becoming a textbook psychopath, uses Andrej’s sexuality to manipulate him into a variety of situations, each of which would have actually led to prison if the boys had been caught. When Andrej finally stands up to him, Zele betrays him and the consequences of that action end up destroying both boys’ lives.

The limits of state-sponsored carceral systems and a young man’s sexual development are not the only major themes at play in Consequences. Once more we see the destructive power of technology and social media when wielded out of cruelty. Surveillance culture has gone global with the advent of smartphones and their amazing cameras. Consequences is just one more reminder that the things we film can end up ruining other people’s lives.

Another social issue this film exposes is how vulnerable the Rom (Romany) community are to white violence. Because Zele knows Roma don’t trust banks, he decides to rob a young Roma family. He justifies it with the persistent racist stereotype that “gypsies lie, steal, and cheat” so they deserve what they get. Zele also knows his likelihood of getting away with robbing Roma is peak since they would never call the police; like Blacks in America, these encounters tend to leave Romany exposed to police violence, dead or in jail themselves because of deeply ingrained institutional racism in Central and Eastern European countries like Slovenia. The obvious absence of youth of color in the detention center at all further indicates that white Slovenian boys get multiple chances to sort themselves out, where their Romany and other peers go straight to jail. 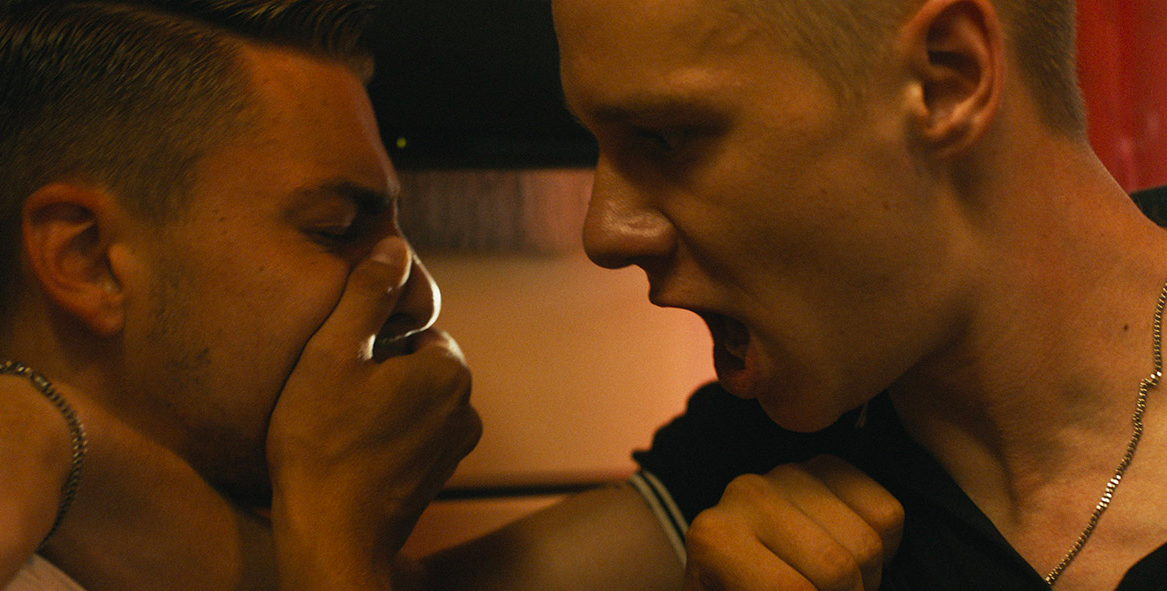 Consequences is a dark and moving film, that feels so much like a documentary. Director Štante’s original intention was in fact to make a documentary inspired by his own time as a teacher in a Slovenian detention center. But bureaucracy and ethics shifted his vision for Consequences into a stunning fiction filled with captivating performances. Newcomer Matej Zemljic as Andrej gives a beautiful and nuanced performance as a lost boy falling into a terrible rabbit hole of his own creation. There is a low-key Transpotting vibe in Consequences that already has me wishing for a sequel, and not just because Matej Zemljic is absolutely captivating on screen. Zemljic surely has an international future ahead of him.

Darko Štante skillfully weaves all of this text and subtext into a disturbing tapestry of meaningful proportions through both his powerful script and cinema-verité-inspired filming style. From the writing, direction, acting, and production design, I’m thunderstruck by the simultaneous simplicity and complexity of Consequences and its layers.

The fascinating soundtrack of Slovenian hip-hop and electronic music that drives much of Consequences’ action goes completely quiet in the closing credits. That silence felt like screaming as I considered and reflected on everything I’d just witnessed in a young man’s social and cultural deconstruction. I’m going to be returning to that ending over and over again. Consequences is an unforgettable movie. And really, I do hope there will be a follow-up.