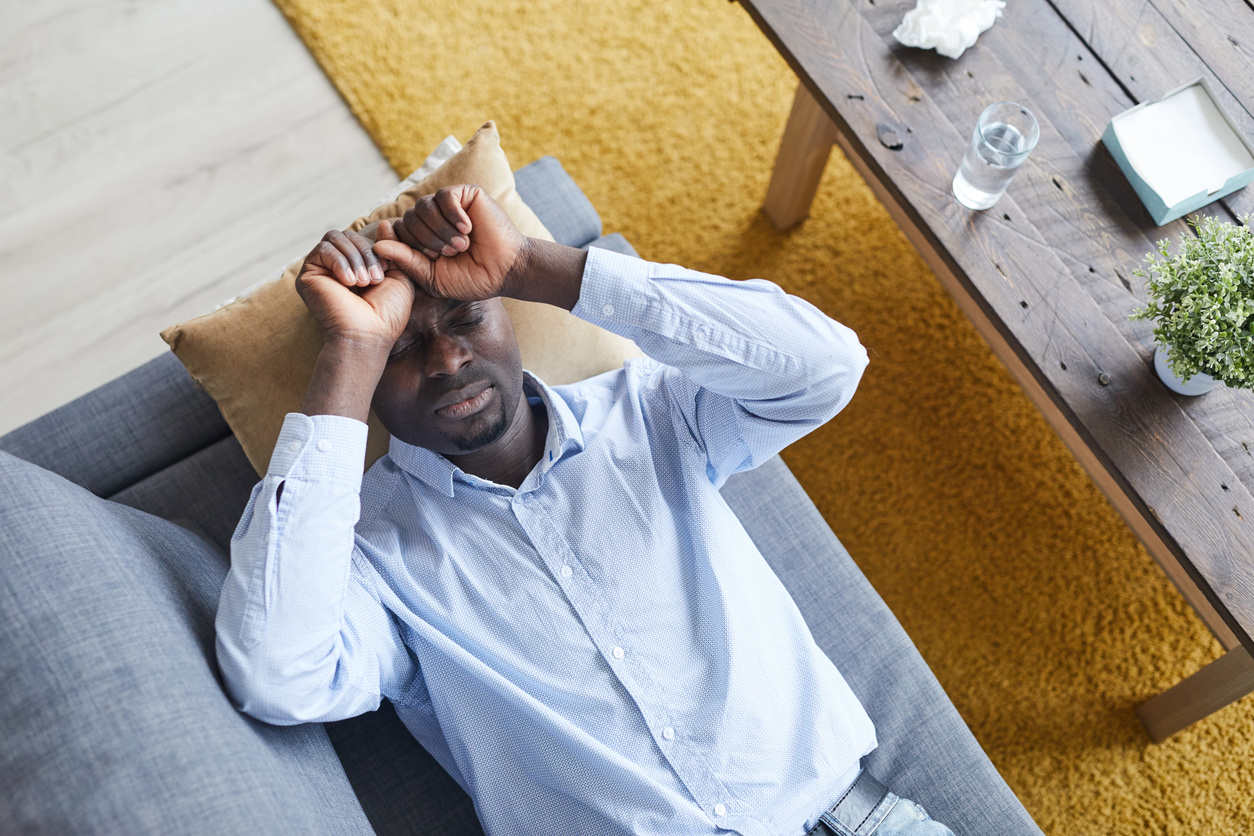 Mental health includes our emotional, psychological, and social well-being. It affects how we think, feel, and act. It also sets the foundation for how we manage stress, relate to others, and make choices. Biological factors, life experiences, and even family history can contribute to mental health challenges.

In the Black community, we are still defining what good mental health looks like, as it has always been considered a taboo subject. This is despite the fact that over 16 percent of the Black population — 7 million people — reported having a mental illness in 2020. For many years, talking about depression, anxiety, bipolar disorder, or schizophrenia just wasn’t done.

Historically, Black men have struggled being openly vulnerable and sharing their emotions. For many, talking and processing emotional experiences is not masculine. This misapprehension creates an emotional instability that can sometimes reflect as being “shut down” in relationships and friendships. Instead of receiving professional help, Black men are told to “man up.”

Besides the physical factors that contribute to mental health challenges, there are plenty of social factors that create a negative environment for Black men. On a daily basis, Black men have to worry about racism, inequality, and economic oppression while trying to live. Dealing with these realities can lead to depression, anxiety, and feelings of hopelessness.

A study by the Journal of Health Care for the Poor and Underserved found that Black men suffering from depression “continue to underutilize mental health treatment and have the highest all-cause mortality rates of any racial/ethnic group in the United States.”

The Tokyo 2020 Olympics brought the subject of mental health to center stage. This year, there was a significant amount of pressure, including the uncertainty of it even taking place due to the COVID-19 pandemic. When you add in the inability of family and friends to be in Tokyo and restrictions on what is usually a global celebration, it’s no surprise many athletes had trouble coping.

Noah Lyles, track and field athlete, is the current world champion and the Olympic bronze medalist winner in the 200m. At 24 years old, he has been open about his struggles with mental health and has been seeing therapists since he was a child. He shared on Twitter that he was taking antidepressants but stopped before the Olympic trials because they left him with no energy to compete.

Lyles stated that he wanted to talk about taking antidepressants because they made him feel better and he knows there are a lot of people who are too scared to say something. People have told Lyles that his story has compelled them to seek help. “That’s all I can really ask for,” he said. Lyles hopes the focus on mental health doesn’t fade away now that the Olympics is over.

There’s pressure for Black men, especially when they are in the spotlight with the whole world watching. In 2016, rapper Kanye West had what is being referred to as a mental breakdown after performing at a show in Sacramento, California. West had an outburst about his strained relationship with Jay-Z and Beyonce. He dropped the mic and then walked offstage. Thoughts about the causes of West’s mental health issues have included the death of his mother and the stress and pressure of fame.

Since then, there have been numerous instances where West’s mental health has raised concerns. But since he appears to function, mostly where his music is concerned, people are more inclined to say he’s just “crazy.”

Truth is, for many Black men, seeking help does equate to being unstable. The idea that Black men can maintain their mental health on their own is often rooted in good ole’ fashioned toxic masculinity but also in the idea that by seeking help, you are putting your business in the streets.

Tony Brown, a sociology professor at Rice University in Houston, says the focus is typically on how negative events such as disasters, job losses, interpersonal discrimination, and poverty impact people’s lives and health. Another perspective they are exploring is how positive events impact people.

Today, medication and therapy have less of a stigma attached to them than even five years ago. Black culture as a whole has reached a different place in mental health awareness and treatment. So why is it that so many Black men still see seeking help as a failure?

The most common barrier is privacy. Black people are used to keeping their problems to themselves, and the idea of putting your business in the street has always been a no-no. So instead of speaking out about our pain, we hold it in and keep our chins up, no matter what we’re going through.

Also, there is a distrust of the medical profession as a whole. Our past is plagued with forced medical testing and other brutalities that have led the Black community to forgo many types of medical care, including mental health.

What we know for sure is that we have to continue the focus on mental health and create safe spaces for Black men to seek help. This also includes breaking traditions and customs that stifle what good mental health looks like.