It was a cold winter night in the West Village, but at the Industria, things were heating up in a frenzy only Black Panther could create. Upon arrival to the venue, there was a massive line of finely dressed people in everything from fur coats to tribal face paint. Black Suburbans with tinted windows clogged the streets as cast members of Black Panther arrived to be ushered into the back entrance, while paparazzi flashed away. In the front of the venue fashion insiders, bloggers, journalists, and others converged in anticipation. 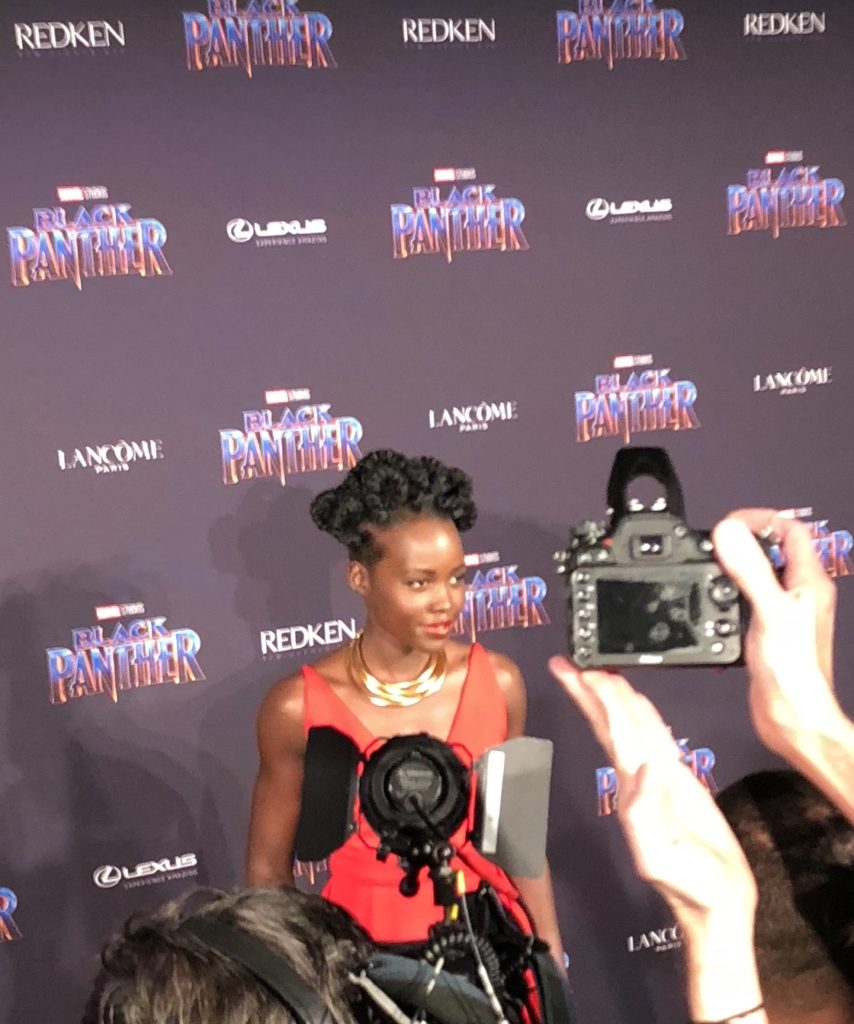 Together we all were eagerly awaiting one thing, entry into Wakanda.

Once you entered it was truly an experience that seamlessly blended the mystical world of Wakanda and Black culture. The lights were dim and there was a light fog wrapping around tropical greenery that covered the walls. A DJ mixed the best hip-hop beats keeping everyone dancing in what really felt like a tropical forest. In the center of the room standing tall like royalty and dressed in Black Panther-inspired pieces were several models.

The designers featured at this event were: Chromat, Cushnie ET Ochs, Ikire Jones, Laquan Smith, Tome, Sophie Theallet and Fear of God. All it takes is one look at what each designer presented to know that they all share unique, bold designs; a perfect fit for the Afrofuturism Black Panther displays. 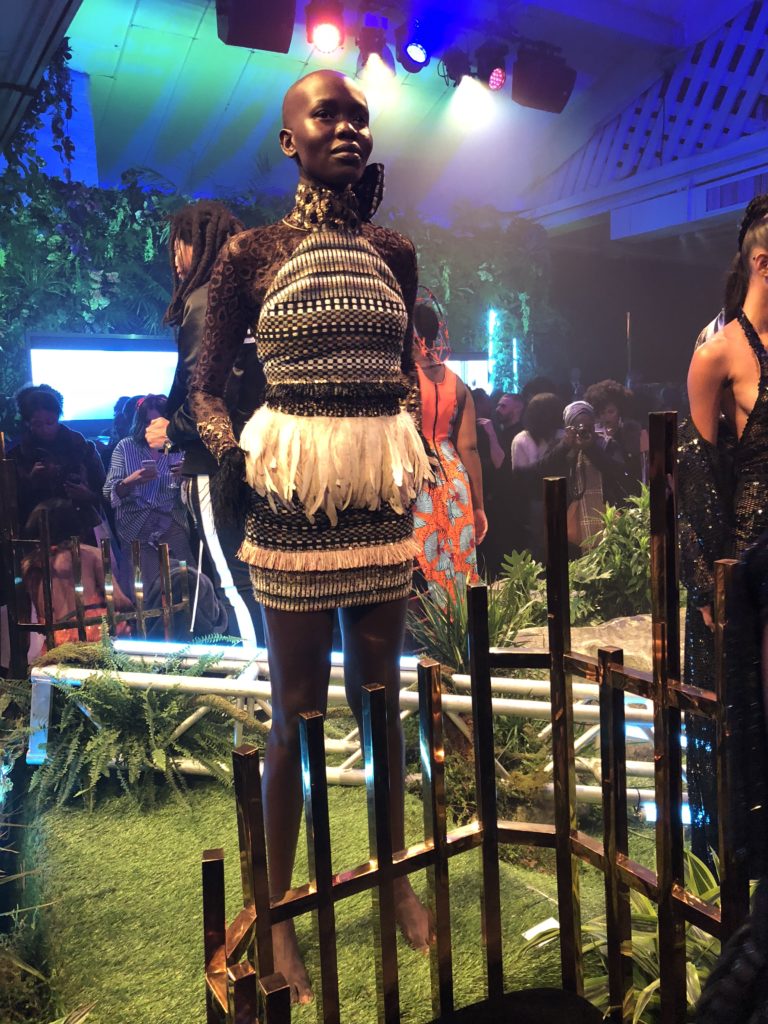