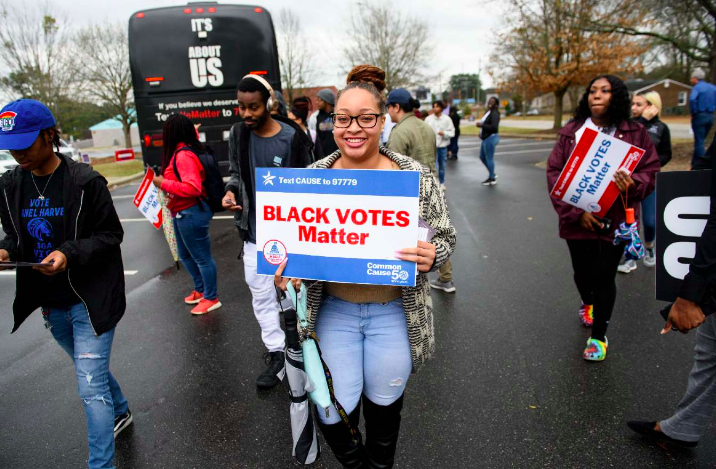 Whether in Milwaukee, Detroit, Philadelphia, or Atlanta, Black voters showed up in huge numbers to turn this country around and remove the racist in the White House. What is abundantly clear is Black voters were the factor that tipped the scales in favor of Joe Biden and Kamala Harris, especially in Rust Belt battleground states.

It’s a testament to our communities that the same people who have been treated the worst by our democracy still showed up to save it.

These results make clear that while the movement has won, we’ve got work to do.

We congratulate Joe Biden on becoming President, and particularly Kamala Harris, on becoming the country’s first woman — a Black woman — to serve as Vice President. This historic win is a testament to the work Black women have been doing in the streets, in this campaign, and at every level of politics.

It’s time now for President Trump to concede — and that means dropping his bogus lawsuits to challenge the results. The votes are in and the results are clear.

Our government has always honored the voice and will of the people following an election and we can’t allow this year to be any different. America is a democracy, not a dictatorship, and we will protect, preserve, and defend our vote. It’s no surprise Trump is refusing to accept the legitimacy of the election results, and he needs to stop undermining democracy now.

If you wish to donate to the Black Lives Matter Global Network click here.

How Would Black America Vote Today if Malcolm X Were Alive?

Keep Amy Klobuchar Away From The White House