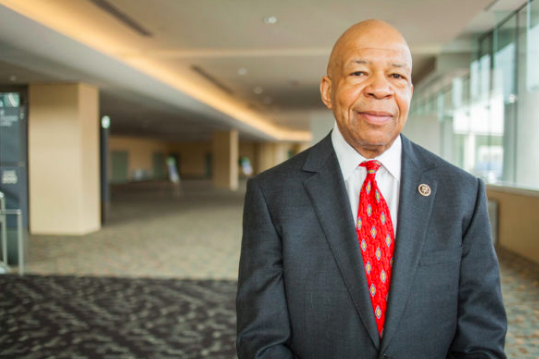 We will carry on Rep. Elijah Cummings work — even as we mourn.

Today the nation is mourning over the death of legendary statesman Elijah Cummings. His work as a civil rights activist and representative of his community is a legacy that will live on forever.

A statement was released today from Marcela Howell — founder and president of In Our Own Voice: National Black Women’s Reproductive Justice Agenda:

Today, the death of U.S. Rep. Elijah Cummings was announced. Marcela Howell, founder and president of In Our Own Voice: National Black Women’s Reproductive Justice Agenda, issued the following statement in response:

“Today, we all mourn the passing of U.S. Rep. Elijah Cummings, a lifelong champion of human and civil rights. The son of sharecroppers, Rep. Cummings embodied the promise of the American Dream while fighting the scourge of American racism. He worked his way out of poverty and into the halls of power, where he challenged the United States to live up to its promise of liberty and justice for all.

“Rep. Cummings’ dedicated his life to public service, including serving 14 years in the Maryland House of Delegates and 23 years as the elected representative of the 7th congressional district in Maryland. His principled leadership always looked to the future. As a stalwart supporter of women’s rights, he also introduced legislation to put Harriet Tubman’s image on the $20 bill. He was also a staunch believer in fighting for today’s youth and ensuring that they would have more opportunities in their lives than their parents had.

“With his passing, Rep. Cummings leaves an enormous void in Congress. His absence will be felt across the nation and around the world. Along with our heartfelt condolences, we send a promise to Elijah Cummings’ family and all who grieve his death: we will carry on Rep. Cummings’ work — even as we mourn. His life has ended but his light will continue to shine. We are inspired by his words:

‘From my own life experience, I can attest that we have come a long way toward universal justice in this country, but we are not there yet.’ — Elijah Cummings

“We promise to pick up his mantle and continue Rep. Cummings’ fight for universal justice. There is no better way to honor his memory than to keep his dream alive.”

In Our Own Voice: National Black Women’s Reproductive Justice Agenda is a national reproductive justice organization focused on lifting up the voices of Black women at the national