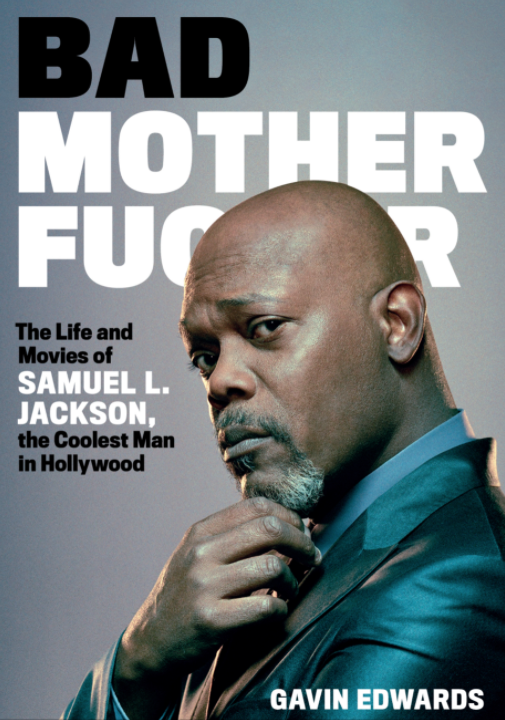 From the pop culture soaked mind of author Gavid Edwards comes a new Samuel L Jackson Biography called Bad Motherf*cker: The Life and Movies of Samuel L. Jackson, the Coolest Man in Hollywood. It’s a heady title that chronicles the life of a heady man — an iconic actor who has become something of a legend, not just for Black Americans, but for Americans in general.

The man is prolific and an absolute staple in Hollywood since coming on the scene with his first role in 1977. Since then Jackson has played hundreds of roles and he’s always able to maintain his status of “cool.” Quintessentially African, author Edwards describes the roots of the word cool as having different variations of the same concept across the continent. In Yoruba, “enun tutu” meant “cool mouth” and in Kikuyu, “kanua kohoro” meant “cool tongue.” In both instances it had nothing to do with literal temperature but rather the quiet nonchalance of appearing nonplussed at something. Not to be confused with stoicism, this brand of cool wasn’t paired with bitterness or anger; it’s just sheer indifference when others let drama overtake their emotions. There was power in appearing detached from situations, and it’s a word that was ascribed to Jackson early in his career.

If you’re familiar with any of Edwards’ bibliographies you’ll notice he has a niche. From The Tao of Bill Murray: Real-Life Stories of Joy, Enlightenment, and Party Crashing to Kindness and Wonder: Why Mister Rogers Matters Now More Than Ever, it may be easy to assume Edward’s real love seems to be rock stars — that is, the rock-star personas of the day. His subjects aren’t just artists, but they are artists who have become supernovas in their own right. They are pop-culture icons who are ubiquitous the world over. Their struggles are our struggles, and their successes are our successes. Despite Jackson having completely a different background than Edwards’ other subjects, the human nature of Jackson’s story is relatable and turns Jackson into a folk hero just for being him.

As a young man with a stutter, Jackson fell into the usual tropes of the time. He was addicted to free-basing cocaine and excessive drinking when he decided to make a change. At 40 he got clean and poured himself into working and bringing us unforgettable characters.

Jackson himself says that he originally gave in to voices to keep the world off of him. He avoided his feelings and was insecure about his stutter, being unemployed and not being whatever arbitrary thing the culture put on him to be. But, he concluded, once you’ve lived long enough, you find that a lot of things that used to really matter, a lot of milestones with made-up due dates, simply don’t matter. This is where the concept of cool came in. Jackson decided to do what brought him peace and what made him happy. He decided to be contemplative rather than explosive and reactive. He would save that drama for the screen. This is how the moniker of cool wasn’t chosen by himself, but gifted to him by an adoring fandom.

Edwards makes several observations about why we as an audience see things as being “cool.” He speaks about jazz musicians and the ostentatious style of George Clinton both inhabiting different types of cool. He even goes into detail about the death and corporatization of cool. But at the end of the day, despite all of the justifications, Samuel L. Jackson is a cool motherf*cker.

The beauty of Bad Motherf*cker is not just the content, but the actual setup and look of the book itself. There are new artist renderings of different movie posters throughout the book. The first set of chapters is dedicated to Jackson’s beginnings from childhood to now. Edwards writes about initial relationships and what it really took for Jackson to get his foot in the door. Through it all, he interviews Jackson, whose musings appear throughout. The book reads smoothly, and there’s nothing like imagining the words said in Jackson’s pointed, ’70s funk speak. Edwards comments, “Rolling around in Jackson’s mouth, the profane becomes sacred. Not just punctuation, not just emphasis, but the raw material for verbal solos that can sing with rage or swing with awe at the enormity of the universe.” It’s a heavy concept to attach to phrases said so lightly and casually from Jackson that it almost feels his profanity is a blessing rather than a curse.

After the biographical segments is the filmography, which is divided into eleven chapters and covers all of Jackson’s work that is 55 minutes or longer. The time frame goes from 1977 to 2021. This includes all movies, whether it’s theatrical, network, or streaming. There are over 140 movies listed, and each include some fun data.

In between each filmography section is a smaller biographical section that speaks to the overall experience. Edwards talks with Jackson about working with Spike Lee, being in Goodfellas and Pulp Fiction, and the impact that those made on his career and personal life.

At the end of the book is a list of the different artists and sources that contributed to this amazing final project. Edwards takes care to give credit where credit is due, which only speaks more highly of the subject of the book. Samuel L. Jackson is an enigmatic American dream and Bad Motherf*cker solidifies his title as the King of Cool.

Bad Motherf*cker: The Life and Movies of Samuel L. Jackson, the Coolest Man in Hollywood will be available to buy October 19.