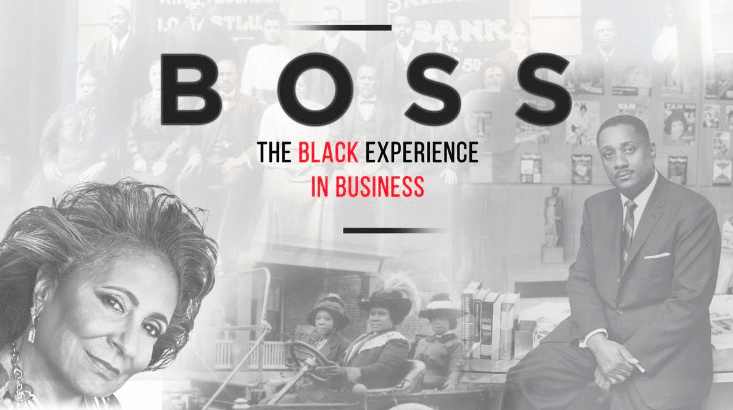 Boss: The Black Experience in Business follows the history of business entrepreneurship that was in the hearts and souls of Black people.

The last documentary I watched by Peabody and Emmy award-winning filmmaker and documentarian, Stanley Nelson, Jr. (Miles Davis: The Birth of Cool; Tell Them We Are Rising: The Story of Historically Black Colleges; Freedom Summer) was The Black Panthers: Vanguard of a Revolution, which won an NAACP Image Award. When I heard about his latest documentary, Boss: The Black Experience in Business, I jumped at the opportunity to watch and, review it.

You will also get the opportunity to watch Boss on your local PBS station on April 23. It is an opportunity that you need to seize, especially if you are an African-American businessperson, entrepreneur, or an individual thinking of starting a business. 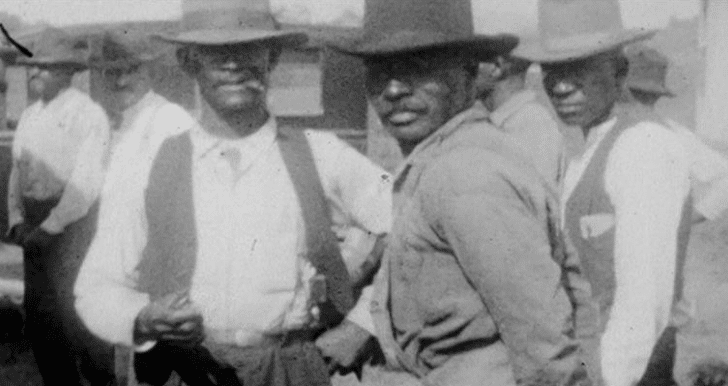 From the United States’ earliest days, Black people embodied the qualities of innovation, risk-taking, and determination to forge a path towards a better life. This is also known as the American Dream. Nelson’s documentary shines a light on stories of resilience and resistance within the Black American experience in the face of racial hostility, violence, economic exclusion, segregation, and discrimination.

The documentary opens with a string of black-and-white and color videos and still photos of Black business people as James Brown provides some theme music with his song “Boss” from the classic 1970s blaxploitation film, Black Caesar. The song’s opening lyric is, “Paid the cost to be the boss.” Nelson’s documentary shows you how true that lyric is.

Boss is not just a film highlighting successful Black entrepreneurs. It’s history that many of us may or may not know about due to the lack of information in our school history books. From slavery to the twenty-first century and Silicon Valley, the documentary traces back to more than 150 years of Black people being savvy business people. For example, it is noted in the documentary that in 1900, there were 20,000 Black-owned businesses across the United States.

Nelson’s documentary shows the domino effect of Black people using their experiences in labor to build their communities. Regardless of the meager wages received from white people, they worked harder to train each other so to make a living. Black barbers with Black and white clients trained younger Black men on professional grooming. Catering and personal services—cooks, seamstresses, maids, and butlers—for white families resulted in Black-owned businesses. Whatever they did, Black people turned it around to build the Black towns and communities.

Historians like Shennette Garrett-Scott, along with professors and authors, are featured in the documentary to guide you through stories of how people who had been enslaved realized that they could buy their freedom through farming trades and saved wages. You will also learn about the hundreds of Black towns like Black Wall Street in Tulsa, Oklahoma, thriving with Black-owned businesses that intimidated and angered white people. Learn, too, how African-Americans participated in the Great Northward Migration to cities like Chicago to seek a better life. 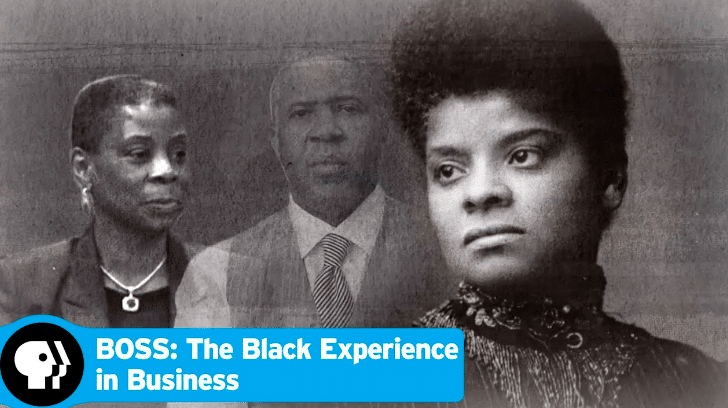 Boss: The Black Experience in Business goes beyond the limited information printed in schoolbooks on successful Black men and women in the business industry. While you may know who Black haircare mogul Madam C.J. Walker is, the documentary tells you how she started her path to becoming the first self-made millionaire. You’ll get the stories about publisher John Johnson (Ebony and Jet! magazines), Earl Graves, Sr., founder of Black Enterprise Magazine, Motown founder and CEO Berry Gordy, Jr., business pioneer and philanthropist Reginald Lewis, business owner, insurance company founder, and CEO John Henry Merrick and more.

I love how Stanley Nelson was able to put so much history in this documentary. I appreciate the interviews with those who honor their descendants and ancestors and follow in their footsteps in being part of America’s corporate and entrepreneurial spirit. I enjoy hearing the stories of past and present bosses who did not give up when racism and segregation fought to keep them down. A story that stuck with me is of the People’s Grocery, a grocery chain owned by 10 African-Americans in Memphis, Tennessee. Memphis was one of the cities that flourished with African-American businesses, from groceries, barber shops, banks, etc. But this story has an all-too-familiar ending, where white people and white business owners becoming intimidated and angry about African-Americans being too successful. The People’s Grocery was looted and burned down by an angry white mob.

There are segments throughout the documentary where gems of advice are delivered from each person interviewed. In a segment with former Xerox Corp. CEO Ursula Burns, she talked of going beyond what was deemed “realistic career choices” like teaching or nursing. She mentioned her mother’s struggle with money and raising her family. Her mother’s advice was, “Be more than the circumstances would’ve dictated what we would naturally be.”

You will see examples of how African-American entrepreneurs pass their knowledge and experiences down to younger generations, as well as financially invest in businesses operated by African-Americans. An interview with Arlan Hamilton, founder and CEO of Backstage Capital, is another personal favorite moment. 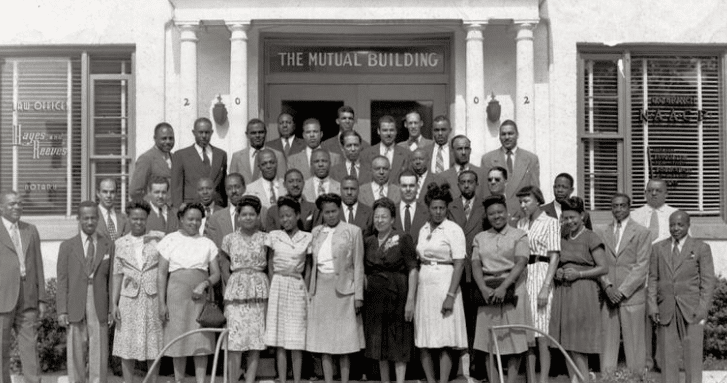 Boss: The Black Experience in Business should be a mandatory film screened in classrooms, business workshops, and conferences. While Black people have come a long way, in many cases today we have dropped the ball. There are still Black populated cities existing in the aftermath of what occurred in the mid-1980s with the recession and gangs and drugs. The downtown areas reek of abandoned buildings that once held thriving businesses, and, in many cases, non-Black citizens are running businesses that don’t create a turnaround in the local community. Instead, their earnings are going back to their families and their own communities.

This documentary should not just serve as a tribute—it should light a fire under us to rebuild and support each other. Don’t watch it for appreciation. Watch it for inspiration.

Boss: The Black Experience in Business, is produced and, directed by Stanley Nelson for Fireflight Productions for Thirteen Productions, LLC. Both are in association with The HistoryMakers, the nation’s largest African-American video oral history archive. Boss airs April 23 at 8:00 p.m. ET on PBS www.pbs.org/boss and PBS apps.