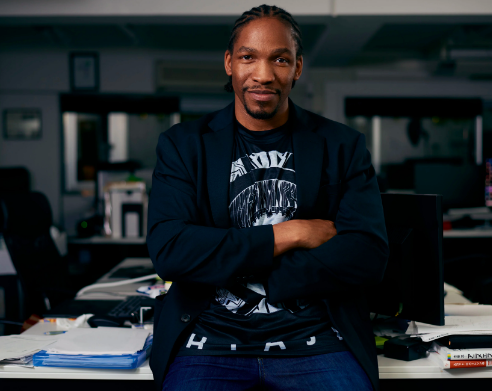 When you think of anime studio owners, an African American one is not the first to come to mind. The origins of anime stem from Asia, specifically in the country of Japan. Anime, a term derived from the English word animation, is described as hand-drawn or computer-generated artwork based in Japan.

With currently over 430 studios, the anime industry has become a huge commodity in the field of entertainment. This, of course has caught the eye of one trailblazer, Arthell Isom, CEO and art director of D’Art Shtajio, Japan’s first Black-owned anime studio.

The CEO has had a remarkable career in the music industry working with artists such as The Weeknd, Jay-Z, Pharrell and others.

In a recent interview with Forbes, Isom discussed working in Japan and what he would change about the anime industry.

When asked what he would change about the anime industry he says the following:

“This question is always hard for me to answer. Because I feel like it isn’t my position to change the industry. I think of D’art as an addition to the numerous studios here in Japan expanding the medium of anime. We’d like to add to the landscape of characters and stories fans think of when they think of anime.”

As more fandom communities continue to grow and represent people of color in their properties, it is equally important for people of color to have positions of influence and power behind the scenes creating those properties.

We wish the best for Arthell Isom and look forward to seeing his empire grow.

To read more of his interview with Forbes click here.

Need Tips On Traveling To Japan? Check Out Cocoa Chronicles!