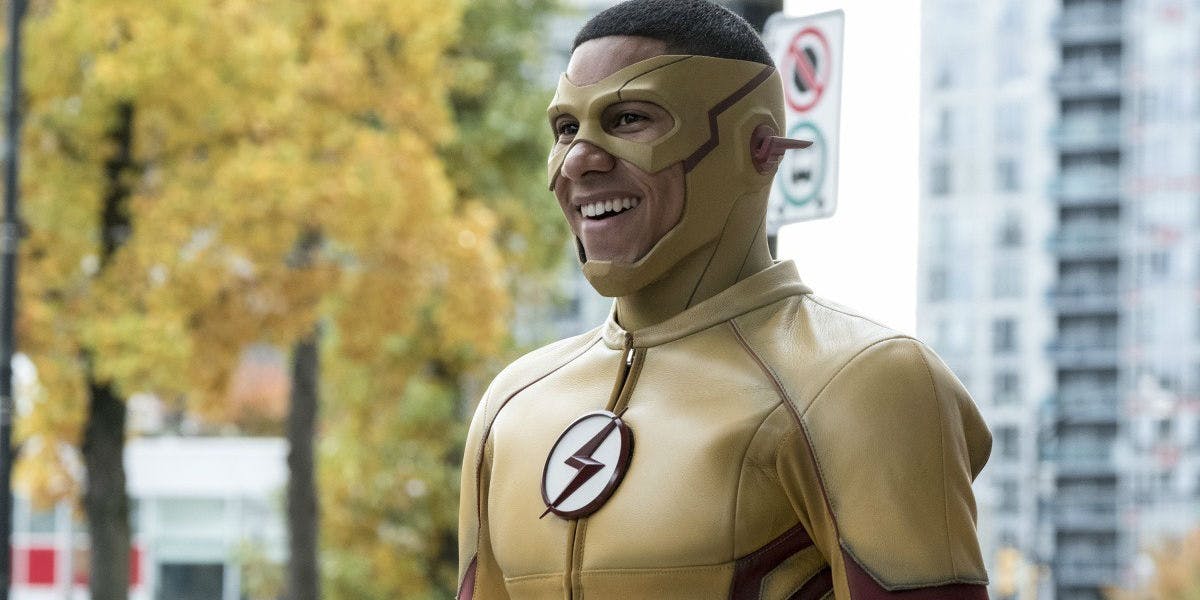 Legends of Tomorrow just lost Wally West. As a regular cast member. In a statement posted to Twitter after the official studio announcement, Keiynan Lonsdale explains that he is headed into another direction creatively, but is not leaving Wally–and Wally fans–behind completely.

Wally’s storyline was actually in a weird place after he popped in midseason. It seemed to be out of place for the rest of his stay. Many fans were hoping for a Zari/Wally match, but it was obvious that they had become good friends. Having him on the team did fill the hole Jax left (despite his brief return in the finale), it was obvious that Wally–and Lonsdale–were still restless and needed to move on.

Lonsdale later posted the image created for his newest song “Kiss the Boy,” which you can hear on his YouTube channel. There, you can view the bop “Good Life” released last fall. It really should be a contender for the Pride anthem of 2018.

I can so see a Wally and Constantine performing a duet to “Good Life”. Who do we gotta call at the CW to make THAT happen? And, don’t none of y’all even fix your mouths to say it won’t fix the storyline. The finale had a giant purple bear in it,  fighting a demon. Remember that? The only thing the Legends take seriously is fighting. We all know they would enjoy a good bop when they hear it.

Good luck on your career Keiynan, we’ll see you when we see you on next season’s “Legends of Tomorrow”.

Catching Up with the ‘Legends of Tomorrow’

A Legendary Racist Powers the Death Totem on ‘Legends of Tomorrow’