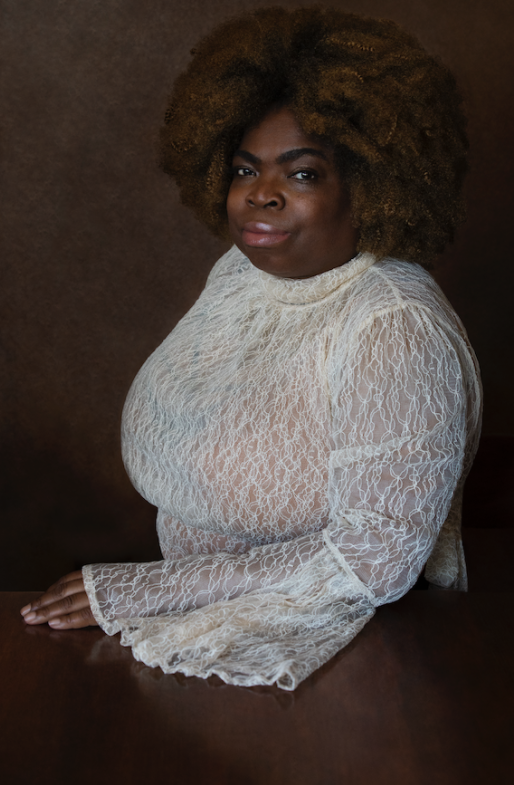 This year marks the 59th season of the Public Theater’s free Shakespeare at the Delacorte Theater in New York City’s Central Park. This season’s play is an adaptation of Shakespeare’s The Merry Wives of Windsor written by the brilliant Ghanaian playwright Joycelyn Bioh and is directed by Saheem Ali. The rendition centers a vibrant community of West African immigrants in South Harlem. One of Shakespeare’s more obscure comedies, Merry Wives is the zany tale of a scammer who tries to con two savvy wealthy merchants’ wives but finds himself eclipsed by the very women he tried to con. Bob Hearts Abishola star Shola Adewusi has a starring role, and, days before opening night, BGN connected with Adewusi about her role in this hilarious and heartwarming new adaptation of the classic play.

Your work in Michaela Coel’s phenomenal breakout British comedy Chewing Gum was genius. That show resonated with Black women like me who grew up under the watchful eye of strict Christian mothers. What were your favorite aspects of embodying joy and working with that incredible cast?

Thank you so much. I particularly enjoyed bringing to life a character that I hoped a certain section of society — in this instance the immigrant Black and Brown communities — could relate to, but that could have a wider reach beyond those particular communities. This has proven to be the case as Chewing Gum has traveled way beyond the British shores to the great credit of Michaela Coel the writer and the immense talent on display each time we stepped onto set.

How has your experience in sketch comedy in the UK influenced your career so far?

Comedy has come to be an integral part of my career. That is not to say I don’t play dramatic roles because I do both ends of the spectrum, but I guess I have something of a funny bone and am happy to work with it!

Generally speaking, the main difference is the length of seasons. In the UK, a season typically lasts 6 episodes or so. In America, a season can be anything from 18 to 22 episodes, so a certain level of stamina is definitely required!  Also, of course, there is the question of humor.  What makes one laugh on one continent can result in a stoney-faced audience elsewhere, so it is all in the writing really and an understanding of universal funnies as it were.

Talk to me about the importance of centering Black immigrants’ stories.

It is an honor to work on an adaptation that shows the universality of the human experience.  Jocelyn Bioh’s adaptation of this not oft-performed Shakespearian play is the perfect way to open up the Black immigrant community to wider public scrutiny (in the nicest possible way, of course) via the best possible medium — comedy!

Free Shakespeare in the Park at the Delacorte Theater in NYC is an iconic stage that most NYC-based actors dream of working on. What has been your biggest challenge of this project and your biggest triumph working on this play?

I was, of course, thrilled at the opportunity to do this and only want to do the casting of me in it justice. Every night is a challenge and a triumph in equal measure, battling as we are with staying safe at this time and being at the mercy of Mother Nature’s will in terms of the elements — it is just too exciting!

Without question — living the dream. I wanted to become an actress at the age of 11 but embarked on this career professionally at 37. I am a living bundle of joy.

The Public Theater presents The Merry Wives of Windsor at the Delacorte Theater, directed by Saheem Ali, from July 6th to September 18th. Tickets are free.

Blerds Take Over Brooklyn Theater for the ‘Brobot Johnson Experience’