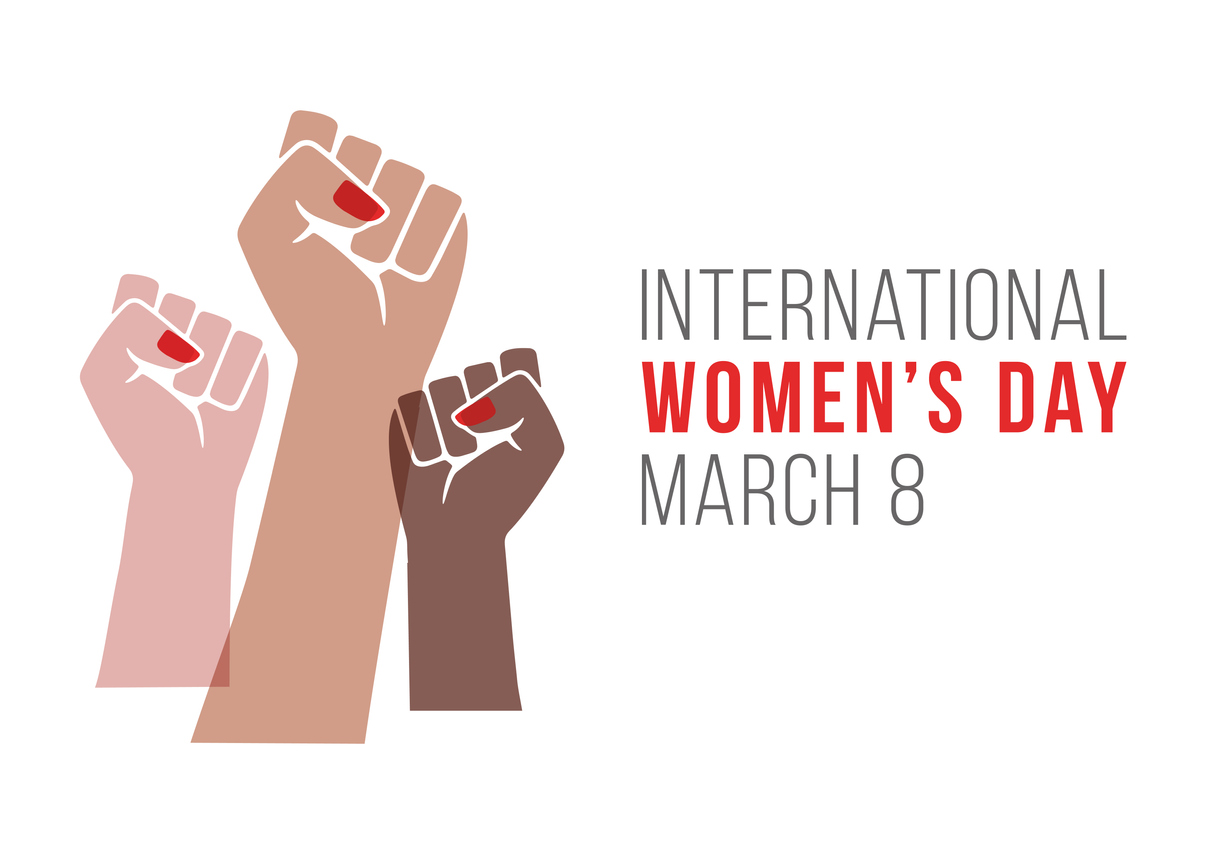 International Women’s Day is a global celebration every year on March 8. It is a day when women are recognized for their cultural, political, and socioeconomic achievements. This year’s theme is “Gender equality today for a sustainable tomorrow,” which calls for climate action for women by women.

International Women’s Day grew out of the labor movement in 1908 when nearly 15,000 women marched in New York demanding better working hours, better pay, and the right to vote. One year later, the Socialist Party of America declared the first National Women’s Day.

Clara Zetkin, a communist activist and advocate for women’s rights, had an idea for an International Conference of Working Women to be held in Copenhagen in 1910. She also suggested an international day for women. The first International Women’s Day was celebrated in 1911 in Austria, Denmark, Germany, and Switzerland. The United Nations officially recognized the day in 1975.

Initially, there was no designated date for Zetkin’s idea. It wasn’t until a wartime strike in 1917 when women demanded “bread and peace.” The government granted women the right to vote on the fourth day of the strike which began on March 8. This became the official date that International Women’s Day is celebrated.

Climate change, or global warming as it’s also called, is one of those topics that we hear about but find it difficult to apply in our daily lives. Each person you talk to probably has a different perspective about it. When I think about climate change, I think about it at it’s most basic level — all human beings deserve clean water, fresh air, nutritious food, and warm shelter. There are systems in place to help provide those things. For example, there are reservoirs to hold freshwater. We also grow crops in certain areas of the country that are best suited for them due to the temperature.

We understand that climate change makes it challenging to have these basics but, you may wonder what it all has to do with women.

Although climate change has a significant impact on us all, it’s impact on gender is different. Women’s vulnerability is much greater than men’s, primarily because they represent the majority of the world’s poor and are regularly more dependent on natural resources. Worldwide, women have less access than men to land, credit, technology, training, and services that increase their ability to adapt to climate change.

Women represent 70 percent of the 1.3 billion people living in vulnerable conditions. In urban areas, 40 percent of the poorest households are headed by women. Women lead in the world’s food production, more than 50 percent, but they own less than 10 percent of the land.

During natural disasters such as floods or hurricanes, women tend to work more to secure their households. This leaves less time for women to access education, develop skills, or earn income. In Africa, female illiteracy rates are higher than those of men. When we think about this, in addition to resources being out of reach, it places women in a position where they are most affected by climate change.

Now we can see what climate change has to do with women and why this year’s theme is so important. The lack of access, resources, and services makes women less able to confront climate change. We can see the common thread between gender, social equity, and climate change.

Oftentimes it’s difficult to connect with the issues women in other countries face. The truth is, women all over the world are battling the same challenges, maybe just in different ways. During times of conflict, such as the global pandemic or more recently, the war in Ukraine, women face increased domestic violence, sexual intimidation, human trafficking, and rape. Women and girls experience the greatest effects of the climate crisis as it increases existing gender inequalities and puts women’s lives, as well as their livelihoods at risk.

As women face the burden of the impact of climate change, they are also in the most unique position to foster change. Women hold traditional roles in their families and communities and are oftentimes the main providers. From that standpoint, women understand what it takes to prosper family and community.

Rhiana Gunn-Wright is the Climate Policy Director at the Roosevelt Institute. She has worked with U.S. Representative Alexandria Ocasio-Cortez as an author of the Green New Deal. She previously worked at the Department of Health in Detroit and realized how the environment shaped a wide range of social justice issues. Gunn-Wright is part of the charge looking at the intersection between climate policy, public investment, racial equity, and public power.

As mentioned earlier, sometimes it’s hard to connect with women from other countries and what they are challenged with. Hindou Oumarou Ibrahim is an expert in the adaptation and mitigation of indigenous peoples to climate change. She’s also the President of the Association for Indigenous Women and Peoples of Chad. Ibrahim has spent 10 years working to bridge the gap between the international decisions on climate change and the reality on the ground.

As we celebrate International Women’s Day, we can certainly reflect on all of the ways women are strong and powerful. This day has been set aside as a necessity to recognize women’s achievements in all aspects of life.  Whether a stay-at-home mom, teacher, doctor, or essential worker, all women make the world a better place. Most importantly, this day is a call to action to understand the important link between gender, social equity, and climate change. Without a sustainable future, gender equality remains further out of reach.

Review: ‘Time for Ilhan’ Shares Her Personal and Historic Journey into the World of Politics