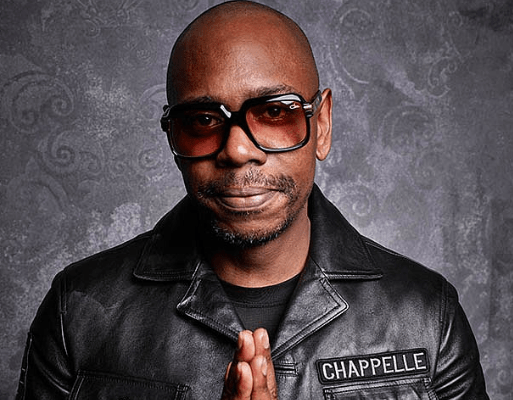 Dave Chappelle is a very complicated comedian, and his comedy cannot be broken down to binaries of just black and white.

It’s safe to say this is the case for many comedians and several before his time, such as Richard Pryor, George Carlin, and Moms Mabley, just to name a few. These great humorists of the past injected social commentary into their bits, depending on the comic, to various degrees. And there are many comedians who have come after Chappelle who have done the same. However, Chappelle has turned his comedy into an art form. That being said, not everyone may be on board with Chappelle’s brand of humor. His comedy is offensive to all communities including the trans community, which was addressed in his last Netflix special Stick and Stones.

In 8:46, Chappelle is his most provocative and unfiltered for a stand-up special. His special airing over the weekend on Netflix, Chappelle speaks to a small crowd mid-pandemic, where clearly social distancing is being practiced and precautions are taken. Filmed June 6, 2020, audience members wore face masks embossed with Chappelle’s logo, the letter C. C, in this case, stands for courage, as displayed on signage outside of the small venue where the comedy concert takes place. 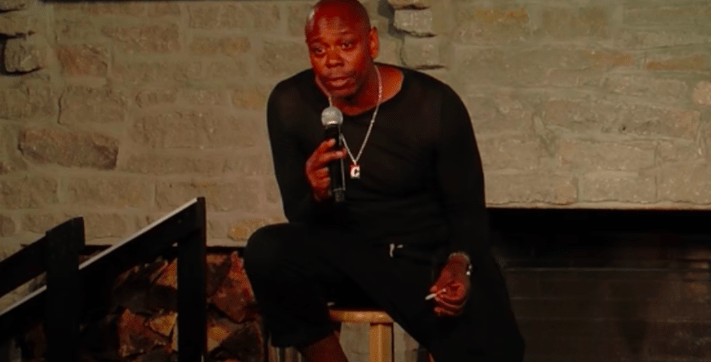 Chappelle dressed in all black, in mourning as he pays his respects to the deceased, steps on stage with a cigarette in hand (a prop he’s known for) and a solo cup — likely filled with some kind of interesting spirit. Eighty-seven days have passed since Chappelle performed his last act, and he’s not the least bit rusty.

8:46, if you haven’t figured it out by now, is the amount of time Officer Derek Chauvin pressed his knee down on George Floyd’s neck, which inevitably led to his Floyd’s tragic death. Floyd, an unarmed Black man, was suffocated to death on-camera at the hands of law enforcement while he cried out for his mother. Chappelle brings up this tragedy as well as the parallel of the number 8:46 being the exact time he was born. He made the number personal to him and brought a sense of empathy and humanity to Floyd’s tragedy.

When Don Lemon decided to call out celebrities, including Dave Chappelle, asking where they were during this time, and insinuating their silence makes them complicit, Chappelle referred to Lemon as a “hot bed of reality,” and made certain to address the CNN news anchor directly. Chapelle brings up one of the most important points, which is what has failed so many of us in this generation and what the news establishment has failed so many who watch CNN.  In Chappelle’s words, “This is the streets talking for themselves; they don’t need me right now.”  Just to take a quick detour here to add to Chappelle’s point, there’s something seriously disturbing when cable news looks to celebrities to help with social justice causes and activism over the will of the working class as if we cannot fight our own battles and that only the elite and those with wealth and power can fight those battles for us.

When I saw Don Lemon ask the 1% to save the 99%, I was disgusted because this is part of the problem. Grassroots community activism and taking it to the streets is literally affecting change right before our eyes, and we don’t need to be coddled by movie, TV, music, and sports stars to feel like they are the only way change can happen. No. We, the working class, can always make change happen. Okay, rant over.

Chappelle also targets Candice Owens, the world’s most popular grifter, and uses one of the best lines I’ve ever heard to describe her: “Candice Owens is the most articulate idiot I’ve ever seen in my f***ing life.”

There’s also a compelling component of the special where Chappelle mentions Black men who kill cops and the pattern of these men having military backgrounds, relating those executions to them fighting acts of terror. There could be many arguments made about this theory, but there’s no denying the fact that many African-Americans feel terrorized by police. I’ll be honest, I’ve been frightened myself when I’ve been stopped for a traffic violation. This is a real thing for the Black community.

8:46 is intercut with images of victims of police violence, including Trayvon Martin, John Crawford, Eric Garner, Philando Castile, and George Floyd. It’s unfortunate that once again the Black women victims of police violence are erased. This happens whenever these discussions are brought up. Our sisters Sandra Bland, Aiyana Stanley-Jones, Atatiana Jefferson, and Breonna Taylor should be protested for alongside our brothers. We have to do better and say the names of Black women and children who are killed by police.

Overall, 8:46 does deliver some laughs, but it is meant to be an introspective on race, state-sanctioned police violence, and how the media responds to the crisis surrounding these matters. In the short half-hour Chappelle gives his stance on these issues, he packs a mean punch.

You can catch 8:46 on Netflix’s YouTube channel, Netflix Is A Joke.