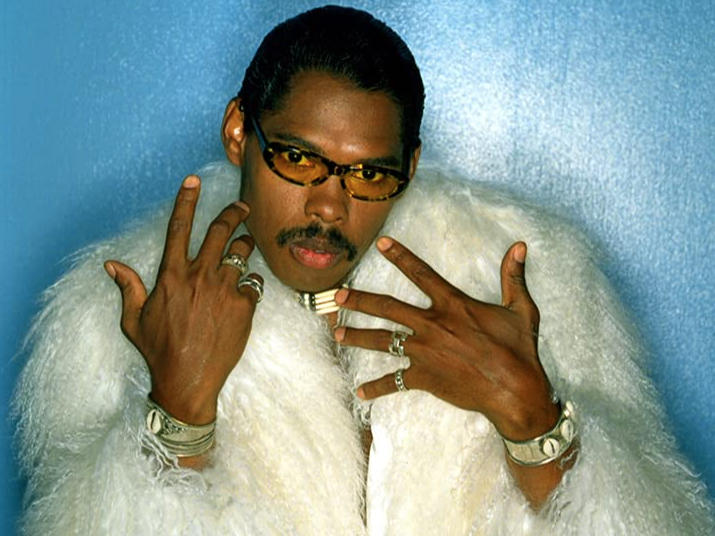 I should have just reviewed Undercover Brother.

Like Pootie Tang, Undercover Brother is an early 2000s film about a Black hero and community leader whose image gets co-opted by white-run corporate interests to profit off of various marginalized groups’ misery. The two films even have a similar runtime, each coming in at just under ninety minutes. Unlike Pootie Tang, though, Undercover Brother has a plot and characters we root for.

If you paid me all the money in the world I’m not quite sure I could tell you what the film is about other than a man who talks funny and hits people with a belt.

Try it. Try to remember the plot of Pootie Tang. Chances are you will correctly recall the Dick Lecter (Robert Vaughn), the nefarious head of Lecter Corp., using a Pootie Tang lookalike (David Cross) to sell fatty foods, cigarettes, and malt liquor. You’re correct, that happens, but only in the last twenty or so minutes of the film. Before this, we’re treated to an hour-long series of disjointed vignettes about Pootie Tang (Lance Crouther) doing miscellaneous things around Chicago.

Pootie Tang begins with a framing device in which the character Pootie Tang is showing a clip of his new film Sine Your Pitty on the Runny Kine. This film-within-a-film is the one we largely end up watching. If either Pootie Tang or the talk show host to whom he is talking had mentioned the terrible quality of the film, I might have thought this was a great film about a bad film. Unfortunately, this did not happen. What we got instead was a movie that genuinely has great laughs at times, but those moments are few and far between.

And, hey, I know: people love them some Pootie Tang. On paper, it even has all the right ingredients. It’s based on a sketch from Chris Rock’s eponymous HBO show and helmed by formerly-loved-by-everyone comedian Louis C.K. It also has J.B. Smoove and Wanda Sykes, which automatically boosts it one whole humor grade. The movie had all this going for it, yet here we are.

If you believe writer-director Louis C.K., Pootie Tang was a coherent film before the studio got its hands on it. According to him, Paramount execs had a different vision for the film. They re-edited C.K.’s version and released the new edit under his name.

Pootie Tang seems to have all the earmarks of a film that suffered from too many cooks adding their own special ingredients.

On the one hand, we get C.K.’s signature surrealistic humor. Bits like Daddy Tang (Chris Rock) dying from a gorilla mauling at the steel mill (the third gorilla mauling in that factory’s history) had me rolling in my seat. The scene where Dirty Dee gets run through a carwash and comes out in a pristine white suit made me scare my dog with how loudly I laughed. Moments like these reminded me of how C.K. became the face that launched a thousand “art vs artist” pieces.

On the flipside to C.K.’s sporadically hilarious writing, we get insurmountable problems with pacing and editing. Pootie Tang, then, is a body without a skeleton: its parts retain a connective tissue, but nothing that sensibly holds everything in place. A very funny joke about selling drugs to Kid, “the dumbest kid in town,” will slither by here. The amusing idea of Lecter Corp. selling a sugary, pork-based cereal will slide around there. The parts are practically begging to be held up by a solid spine of the plot that places them in a functional context.

Pootie Tang will always be around because there’s enough here to keep people coming back, and justifiably so. The plot is non-existent, and there are Sahara-wide swaths of runtime in which I couldn’t even be bothered to boo. But that doesn’t mean it isn’t very funny when Paramount and C.K.’s visions align. That doesn’t mean that the underlying story about white-run corporations appropriating Black culture for profit isn’t an interesting and depressingly common one. It just means that, perhaps, five-minute sketches might not be the best fodder for ninety-minute feature films.

The scene that encapsulated everything wrong with Pootie Tang comes late in the film. In the scene where J.B. Smoove’s character Trucky uses voiceover to explain how he fixed his relationship with Pootie. It starts off with Trucky’s voiceover explaining his feelings seconds before he vocalizes them to Pootie. At first, it’s the perfect lampooning of the over-reliance on voiceover when it might make more sense for the characters to say things themselves. This was at first. Then, the joke keeps on going. And going. And going. And…

But, hey, there’s likely a director’s cut of the film that will shut me right up. It might be all the comic genius I’ve come to expect from C.K., despite his personal issues. That version of Pootie Tang might be worth the cult-following this current version has garnered. And now, of course, there’d be the ethical question of would we pay money to C.K. to see that version released.

I hate moral quandaries, and I like films whose parts and purpose cohere — even if those films happen to be comedies. That being the case, I’ll probably just rent Undercover Brother.