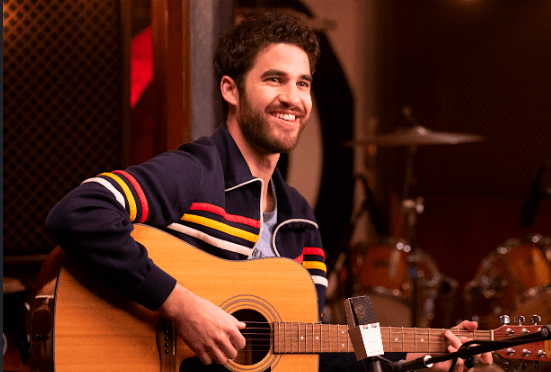 If you haven’t watched Darren Criss’s new musical comedy web series Royalties on Quibi, you’re missing out on a lot of fun.

Darren Criss is famous for his work in television and musical theater. With starring roles in Glee, Hollywood, and more, Criss has also starred on Broadway in How to Succeed in Business without Really Trying and Hedwig and the Angry Inch. He is known for his inspirational roles.

The storyline focuses on two best friends and fellow songwriters with high aspirations to make it big. Pierce and Sara are quirky, fun, and most of all, determined.

The show’s laid back and playful nature makes audiences feel right at home, as they can laugh and enjoy the hilarious adventures of the characters, all while enjoying some great music.

It was a joy to catch up with Darren Criss and gain some interesting insight into what made this show a hit with viewers and a catharsis with its humor and music. From the acting to the musical productions, Criss was willing to share some of the magic with BGN.

What inspired you to create Royalties?

I had wanted to make the show for years. Depictions of the acting world get much more exposure in media, I wanted to show audiences the musical world and what goes on behind the scenes. I wanted to make something silly and unsexy and dreamed of featuring a silly wacky girl. It was important to focus on satire and capturing what a pain in the ass it can be for songwriters to have to come up with ideas in a more realistic 9–5 job. 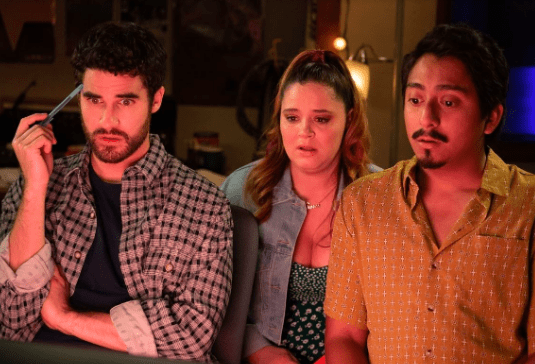 What was your favorite set moment?

It’s hard to say after working with so many great people and getting to interact with them. It was great to rub shoulders with them and talk about the hopes and dreams that inspired us. It was great to work with Mark Hammill and all of the other people who were determined to make this something special both on screen and behind the scenes. Everyone brought their own unique skill sets, and it was a fun and legitimate collaboration.

Was it challenging to write certain songs?

Not really. I was able to draw from so many varieties of lyrics and influences. It felt like I was following many natural laws of songwriting while adding satire and lyrics. My experience with acting translates well with my song writing. I already had some of the songs in mind; it was more of a matter of figuring out how to translate my vision to the show.

How was working on a show for the Quibi mobile platform different from other shows?

You still have to make the singing moments flow correctly and successfully land the jokes. The lighting is different, and it was an adjustment to film in short form, but most of the differences occur after the filming is done. Contrary to some, I actually enjoyed the short form. It felt like the Wild West — everyone had to get it right with limited time in the moment. The platform is more of an afterthought to the overall production, which is pretty similar to filming for other platforms. Only the aspect ratios are different. We had to adjust our filming to the smaller size while making sure we fit the exact ratios that were needed for the mobile platform.

How was it working with so many big musical names? Were you ever star-struck?

I think star-struck is more of what happens when you spot a famous person at the grocery store, in a place you wouldn’t expect to see them. Working with them is different because we were all collaborating with each other. We knew we’d see each other and be working together. I was definitely grateful to work with so many talented people. We all had something to bring to the table, and those talents complimented each other so well.

Don’t forget to catch Royalties on Quibi and stay tuned because Republic Records will be releasing the full Royalties: Season 1 (Music from the Original Quibi Series) Official Soundtrack on July 3.

Fans will be able to listen to their favorite songs and share them. If you loved Glee and other silly and fun musical shows, Royalties is truly one to add to the watch list.